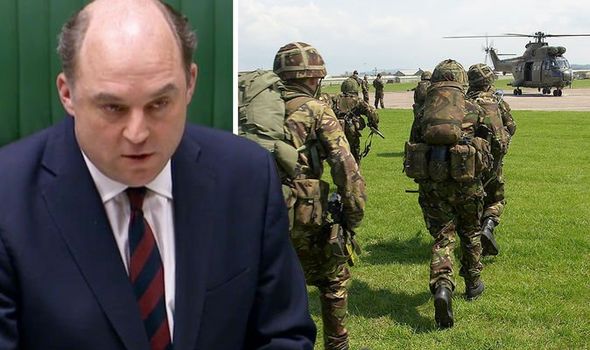 Britain will lose 10,000 troops, almost 80 tanks, 24 Typhoon fighter jets and vital transport planes as defence chiefs press ahead with plans for one of the “most integrated, digital and agile” militaries in the world.

The Ministry of Defence wants to bolster Britain’s cyber, space and sub-sea technologies while arming the Army, Royal Navy and Royal Air Force with new cutting edge technology to give our forces a decisive edge on the battlefield.

Fewer Army units will be required, with the number of medics, mechanics, electricians and logisticians set to be cut. 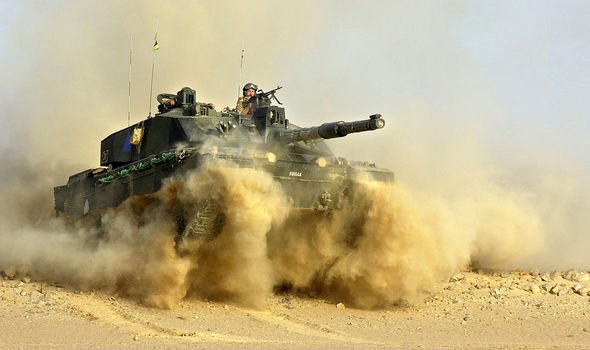 Overall, the British Army will have just 72,500 troops within five years – 10,000 fewer than the current target – despite fears of greater global instability with Russia, China, Iran and terror groups across the globe seeking to increase their influence.

The National Army Museum said there were 92,000 personnel after the Napoleonic Wars between 1803 and 1815.

The Ministry of Defence also confirmed 76 Challenger 2 battle banks will be mothballed, while armoured vehicle numbers will fall by 200.

A British Army source said the remaining 148 tanks will be upgraded to be fully digitalised and loaded with a new turret, making the Challenger III the “best and most advanced” tanks in the World.

The cuts to traditional “battle-winning” pieces of equipment or troops will lead to a tech revolution in the military, defence chiefs say.

The Defence Command Paper, published today, revealed: “We will be one of the most integrated, digital, and agile forces in the world, projecting our influence and promoting our capabilities on the world stage across land, air, maritime, cyberspace and space. Multi-domain integration will underpin how we operate and fight.”

The number of armoured vehicles will also fall, as the Ministry of Defence confirmed plans to scrap 700 Warrior fighting vehicles and replace them with at least 500 Boxer vehicles.

Defence chiefs insisted “the Army of the future will be leaner, more lethal, nimbler, and more effectively matched to current and future threats”.

But the Army is also axing nine CH-47 Chinhook helicopters and 20 Puma helicopters.

Tobias Ellwood, Chair of the Defence Select Committee, has previously warned grounding the entire C-130 fleet “will endanger our troops and threaten the success of operations they are undertaking overseas.”

They are favoured by the SAS as it is able to land in tricky terrain and deployed dozens of troops into a battlefield at speed.

Defence chiefs insist the A-400 jets will be able to carry out many of the roles adopted by the C-130.

The Royal Navy will also be retiring two Type-23 frigates, including one which is currently deployed in the Gulf for the next 18 months.

Defence Secretary Ben Wallace admitted it “is always tempting to use the shield of sentimentality to protect previously battle-winning but now outdated capabilities”.

Mr Wallace wrote in the Command Paper published today: “A ‘Global Britain’ has no choice but to step up, ready to take on the challenges and shape the opportunities of the years ahead, alongside our allies and friends.

“We must actively champion those shared values of liberty, justice and tolerance that have given billions of souls the world over the chance of a better life, and do so through our actions, not just our words.

“The Royal Navy will have new ships and missiles, the RAF new fighters and sensors, and the Army will be more deployed and better protected.

“The armed forces, working with the rest of government, must think and act differently. They will no longer be held as a force of last resort, but become more present and active around the world.”

Lord Richards of Herstmonceux, the former Chief of Defence staff, warned the reductions would leave the UK open to invasion by Russia or China.

He said: “You’ve got to have some of the more traditional capability in case mass becomes an asymmetric attraction to one’s potential opponents. 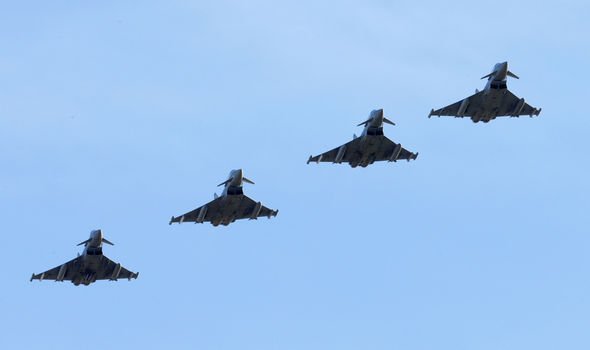 “I’m thinking Russia and China. I don’t necessarily buy that they’re about to start World War Three with us, but they still possess large numbers, and if all we’ve got is high-tech stuff, and they’ve got half a million troops that can come across the border at you, then these high-tech capabilities aren’t going to be much good.

“If your opponent senses that they are at a disadvantage, or their own capability is being neutered by one’s own possession of those capabilities, they will look for another way of achieving their goals, and that could suddenly become numbers again, mass. And we certainly won’t have it.”

Addressing the cuts to the British Army, the Defence Command paper revealed: “No cap badges will be deleted nor any redundancies required.

“Modernising the Army will mean some legacy platforms that have already been extended beyond their planned life will be retired.

“As planned, the Army will invest around £1.3bn in our armoured capability by upgrading 148 of our main battle tanks to ensure the Challenger III will become one of the most protected and most lethal in Europe. The remaining fleet will be retired.

“We will no longer upgrade Warrior but it will remain in service until replaced by Boxer, which we expect to happen by the middle of this decade.”

The Government also confirmed Britain’s Special Forces will be deployed on more operations across the World. 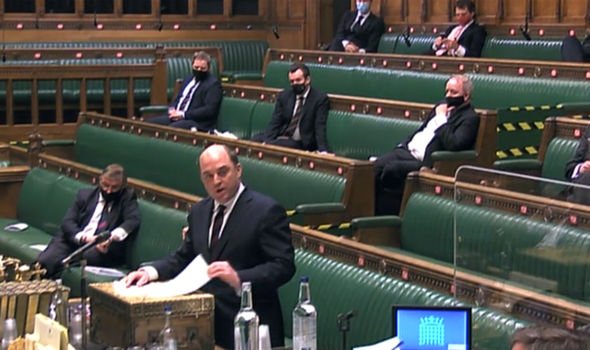 And the new Ranger Regiment and Future Commando Force will expand the UK’s ability to launch daring operations around the globe.

The review revealed of Special Forces: “They will provide a high-end CT force to support the police in the UK, and a highreadiness intervention force with global reach.

“But we will also develop their role and capability to meet the changing threat.

“We will increase their capacity and improve their ability to operate covertly in the harshest environments worldwide, equipping them with integrated multi-domain capability.

“Special Forces are at the heart of our approach to modernisation. They embody the culture of innovation, experimentation and pull through of technology that delivers a cutting edge.”

Defence chiefs also admitted Britain is still at risk of a nuclear attack.

The paper revealed: “Since April 1969, there has always been a Royal Navy ballistic missile submarine at sea on deterrent patrol.

“Armed with strategic nuclear missiles, these submarines have acted as the nation’s continuous nuclear deterrent against the most extreme threats to the UK and our allies, by sending a clear message to would-be aggressors.

“Extreme threats to the UK and our allies have not gone away.”