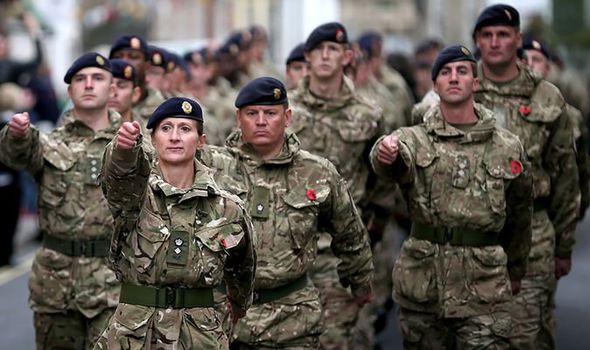 Defence Secretary Ben Wallace told MPs there will be a restructuring in coming years, with 73,000 Army personnel by 2025 ‑ down from 82,000 now, but 500 higher than initial targets. It will be supported by 30,000 reservists.

Mr Wallace announced the Government will spend £41.3billion on equipment and support over the next decade ‑ £8.6billion more than was previously planned.

He said: “The Army will now be reorganised to operate on a continuous basis… supporting our partners and deterring our adversaries.

“Crucially, it will also be an army designed for genuine warfighting credibility, as an expeditionary fighting force that will be both deployable and lethal when called upon to fight and win.”

Mr Wallace said the Army will be “leaner but more productive”. But Shadow Defence Secretary John Healey said the reforms would leave the fighting force “too small, too thinly stretched, too poorly equipped”.

And Tobias Ellwood, Tory chairman of the Defence Committee, warned: “This is not the time to cut the defence budget or reduce our tanks, our armoured fighting vehicles and our troop numbers.”