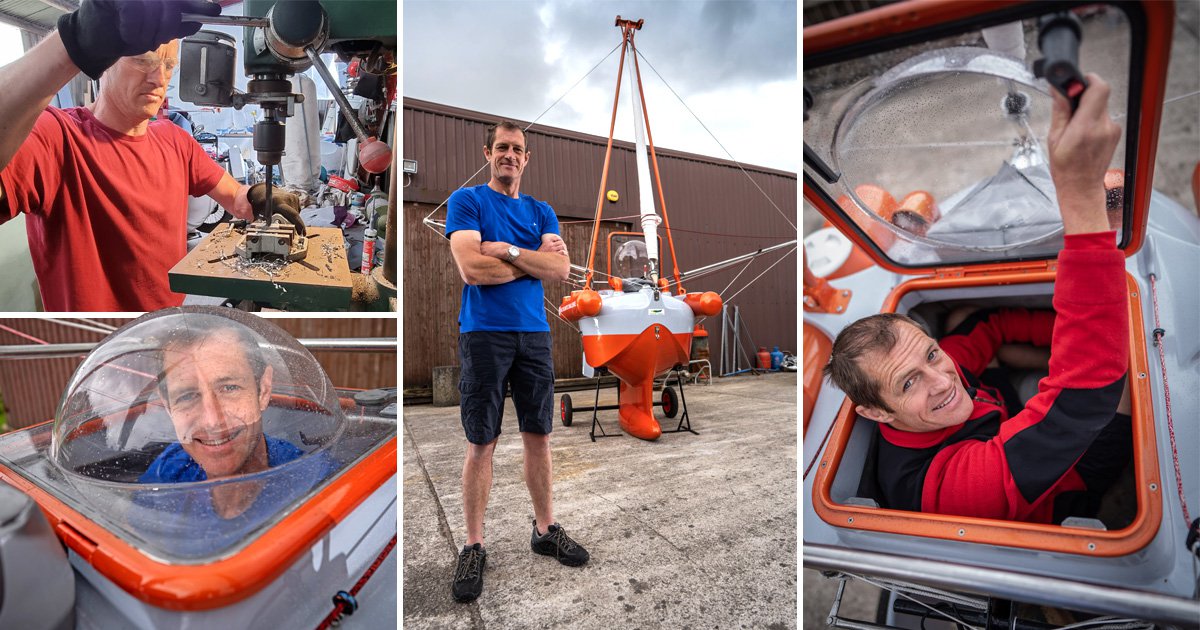 A Lancashire dad is hoping to make a record-breaking 90-day voyage over the Atlantic in a boat that is just one metre long.

Andrew Bedwell is hoping to sail the 1,900 mile trip in the shortest boat to cross the Ocean.

The 48-year-old will set off from Newfoundland, Canada, in the self-made boat in May next year – and compared the journey to being ‘stuck in a wheelie bin, on a rollercoaster for 90 days’.

The mariner came up with the idea after reading a book by current record holder Hugo Vihlen, who made the perilous voyage in a boat 1.6m in length 30 years ago.

Andrew’s fibreglass boat – which is more than half a metre shorter and has a top speed of 2.5mph – is a modified version of a ship that another ex-record holder, Tom McNally, designed.

The father-of-one, from Scarisbrick, is planning to survive on a protein-rich substance that will be moulded to the internal walls of the cockpit to save space.

Andrew admitted that wife thinks he is ‘crackers’ for taking on the three-month trip, but said he wanted to achieve something ‘amazing’ before he turned 50.

‘I always like to have a real challenge on the go’, he explained.

Turning to the room inside the boat, nicknamed ‘Big C’, Andrew continued: ‘I think a space rocket would have more room.

‘This is like being stuck in a wheelie bin, on a rollercoaster for 90 days – and that’s what it could be in the worst-case scenario.’

Though Andrew deliver yachts and works as a sail maker with a background in product design, he has spent most of his life embarking on nautical adventures.

He previously sailed non-stop around Britain and has taken his small 6.5 carbon racing yacht across the Atlantic and up to the Arctic Circle.

Yet as he got older, Andrew says he became increasingly interested in seafarers who attempted to cross oceans in incredibly small, recording-breaking vessels.

But despite its size, Andrew is confident that the boat will cope with some of the roughest waters on the planet.

He explained: ‘The vessel itself is incredibly strong. It’s literally built to survive oceans. It has a fibreglass exterior, then it’s got a foam core, then it’s fibreglass on the inside.

‘Everyone who sees it – and a lot of naval architects have seen it – say, “She’s solid, she’s built to do it,” and I know she is as well.’

Capsizing is also unlikely to be a problem.

‘(It) is absolutely not an issue whatsoever because she’s designed to go over’, Andrew said.

‘The hatch seals down to keep it completely watertight, and it will self-right.

‘We know she will be rolled, and she will be battered around, but I’ve got a full harness in there. 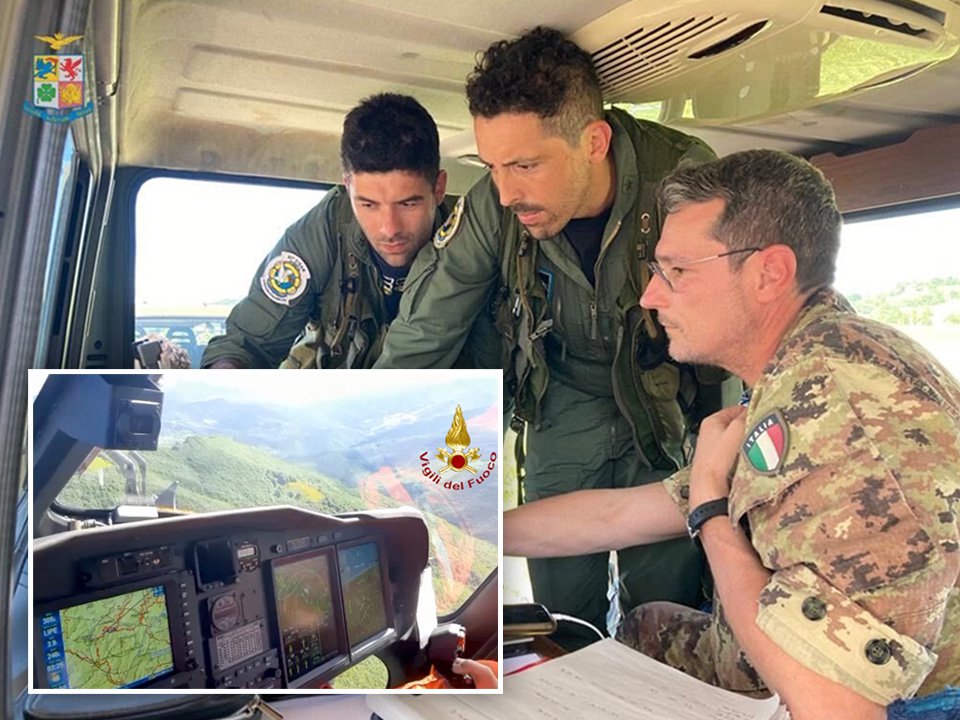 ‘There are also two big vents on the front of the vessel, and if waves hit them, they will just slam shut and that stops any water.’

If sealed, the vessel can sustain its passenger with air for 40 minutes.

His food, however, is unlikely to be pleasant.

Andrew explained of the cold sustenance: ‘My wife’s going to be making these protein bags, basically, of food. And then we’re going to mould them into the hull to maximise space as much as possible.

‘It will taste pretty vile, but it’s just to do the job, basically. There’s not going to be any kind of niceties in there – but my daughter might put the odd skittle in.’

A desalinator will allow him to get fresh water from the ocean and he will go to the toilet over the edge.

‘My one luxury item is going to be a flannel’, he laughed.

‘That’s going to do the job for everything. I’ll have one change of clothes – there’s just not enough room for more.’

His plan is to make it to Lizard point, Cornwall, between July and August next year – but knows he will face challenges on the way, including from other boats – though he hopes visibility to other vessels will not be one of them.

Andrew adds: ‘But if I wrap myself up in cotton wool, and try and not do anything, would I be happy?