A British diplomat has been praised for his bravery after jumping into a river to rescue a drowning student.

Footage posted on social media shows the woman struggling in the water in the town of Zhongshan, Chongqing, before she appeared to lose consciousness on Saturday.

Several onlookers could be heard shouting as the unnamed woman, who is reported to be 24, was seen lying face down in the river. 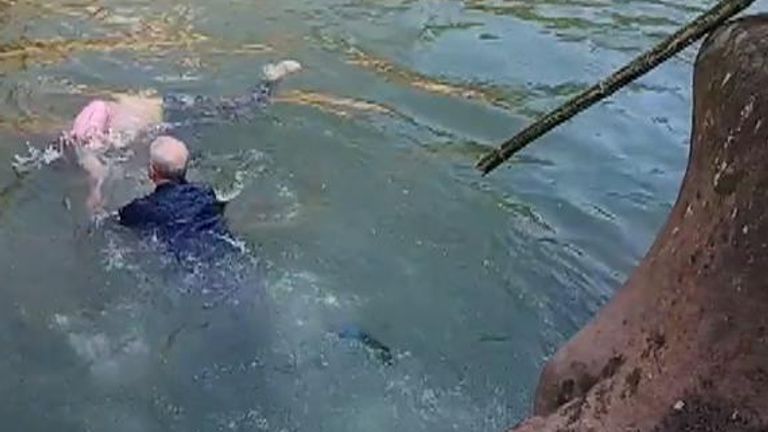 Stephen Ellison, the consul general in Chongqing, is then seen taking his shoes off before jumping in to help her.

The 61-year-old swims towards the student before rolling her onto her back.

Mr Ellison then clutches onto a rubber ring that had been thrown into the water by an onlooker, before dragging the woman back to some rocks by the side of the water, where she is then helped by others. 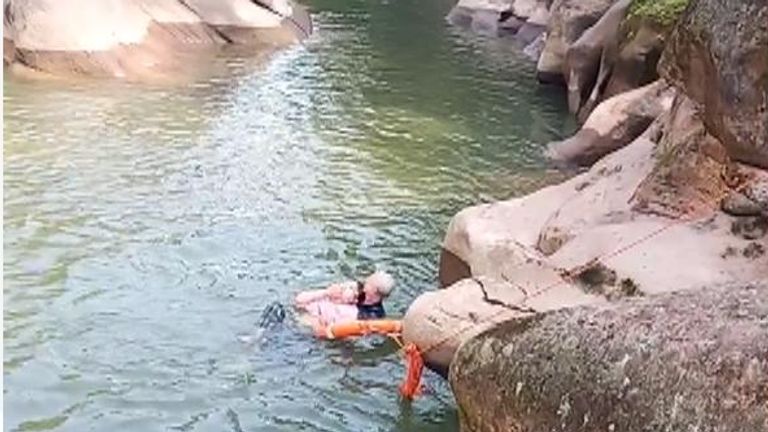 Mr Ellison, who is originally from Newcastle, told the BBC the student is from Wuhan and attends Chongqing University.

He added she was shaken by the experience and is recovering slowly.

The British Consulate-General in Chongqing said in a statement that the student had recovered consciousness quickly.

They added Mr Ellison was given a cup of coffee by local villagers and handed dry clothes to change into after the rescue.

The British embassy in Beijing tweeted: “We are all immensely proud of our Chongqing Consul General, Stephen Ellison, who dived into a river on Saturday to rescue a drowning student and swim her to safety.”

Tom Tugendhat, Tory MP and Chair of the Foreign Affairs Committee tweeted: “Thank you Stephen Ellison, from all @CommonsForeign for your courage and reaction.”