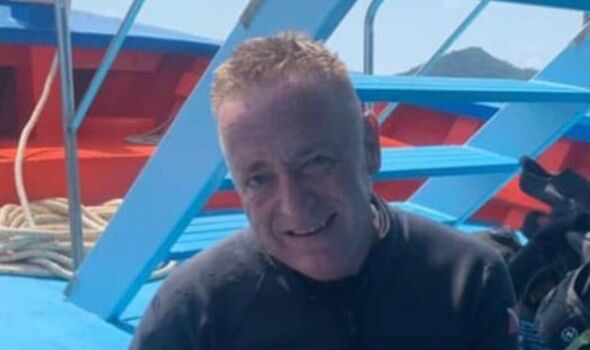 Neil Giblin’s body was found at his bungalow on the island of Koh Tao, Thailand often referred to as “Death Island”. The 48-year-old diving instructor is believed to be the fifth instructor to have died on the island in recent years. Despite police saying he died of natural causes, friends have raised concerns over the number of unexplained deaths. Mr Giblin was found by two female clients after he failed to turn up for work on January 18.

A friend told the Sun the fit and health instructor was found “in his underwear on his sofa”.

They added: “I was told the police said straight away there was nothing to investigate. It happened so quickly. I don’t even think they did an autopsy.

“This just doesn’t add up to me. Nobody wants to question what the police said.”

A Koh Tao police spokesman said “there were no signs of a struggle”.

He said: “No investigation was made as the paramedics said it was natural causes.”

Tributes left to the instructor described him as a “positive” and “inspirational” person.

Friend Shane Latham said: “My heart is totally broken right now by the news that one of my past diving instructors and mentors has passed away in Koh Tao.

“Neil Giblin was such an inspiration to me and how I teach. I will always cherish our talks and his words of wisdom.”

Apicha Boonsawat, 32, a property developer admitted shooting Mr Roger but says he was provoked by him “banging on his car”.

CCTV captured the incident, showing a car overtaking Mr Roger before stopping in front of him.

A figure is then seen coming out of the vehicle and shooting the pensioner, who has lived in Thailand for 20 years.

On New Years Eve, Maddi Neale-Shankster was left paralysed from the waist down after she fell from a 60ft balcony.

The beauty therapist returned home to Coventry at the weekend after the fall left her with two collapsed lungs and her ribs piercing her liver.

Her family launched a fundraising bid to help raise over £75,000 after her travel insurance refused to pay.