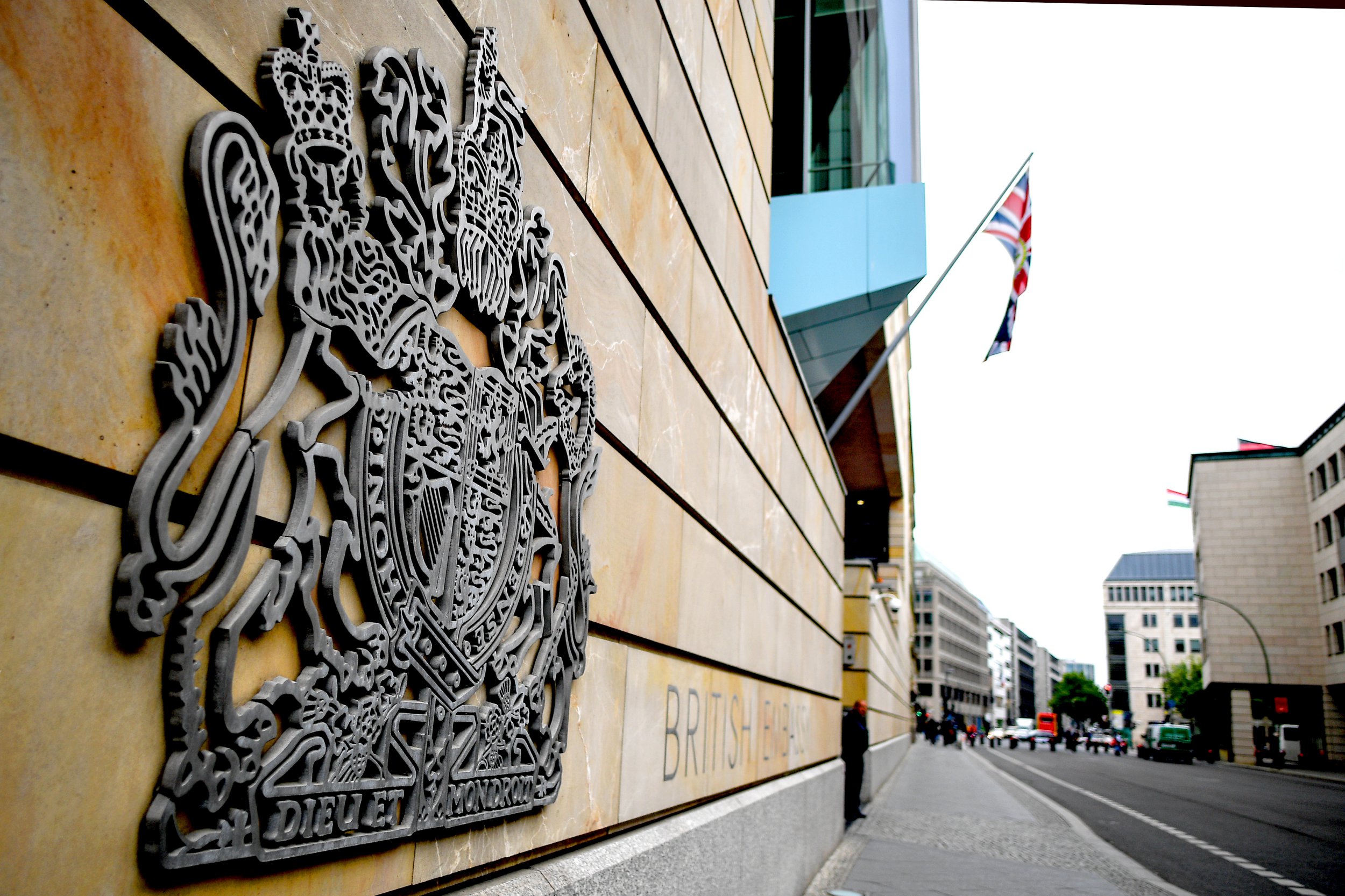 A British national working at the UK embassy in Berlin has been arrested on suspicion of passing documents to Russian spies in exchange for cash.

German prosecutors said that the apartment and workplace of the man had been searched after he was detained yesterday.

He is suspected of colluding with the Russian intelligence service since at least November.

The suspect has been identified only as David S, in keeping with the country’s privacy laws.

He will be brought before a judge later today who will decide on how he will be detained before his trial.

In a statement, the chief deferal prosecutor’s office said: ‘On at least one occasion, he passed on documents he had obtained in the course of his professional activities to a representative of a Russian intelligence service.

‘The accused received cash in an as yet unknown amount in return for his transmission of information.’

Yesterday’s arrest was the result of joint investigations by British and German authorities.

In a statement, the Metropolitan Police said a 57-year-old man was arrested on suspicion of offences relating to being engaged in ‘Intelligence Agent activity’ (under German law).

A British Home Office spokesperson said: ‘An individual who was contracted to work for the government was arrested yesterday by the German authorities.

‘It would not be appropriate to comment further as there is an ongoing police investigation.’