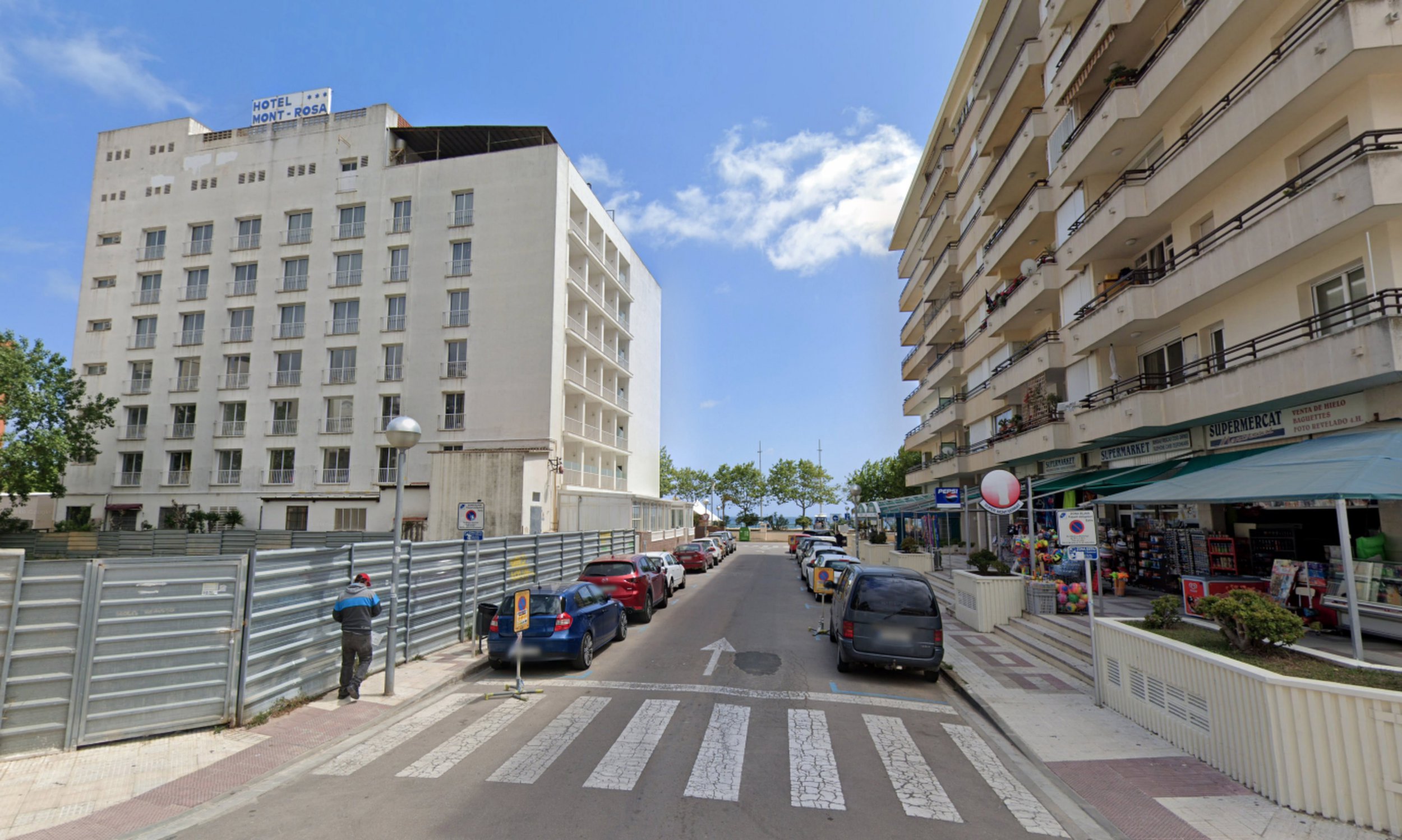 A man has been arrested after allegedly sexually assaulting a 14-year-old British girl in front of two other men at a hotel in Spain.

The suspect has been described locally as a British man who was staying at the hotel in Calella, a coastal resort near Barcelona.

It’s understood the teenager was on holiday with her family.

Three British men were in the room when the alleged sex attack took place, according to local media, which said only one man was arrested in the early hours of Friday.

The girl was taken to hospital for a medical examination after police were called.

Some Spanish newspapers are describing the sex attack as rape although this has not yet been confirmed by police.

Pictures have also been published showing officers taking away a man in a baseball cap and yellow coat, which are being linked to the incident.

The suspect, whose name and age has not been made public, is in now jail after being remanded in custody.

A court official said: ‘A judge at Court of First Instance Number 7 in Arenys de Mar, acting as a duty court, has agreed to remand a man arrested on suspicion of sexually abusing a minor in Calella.’