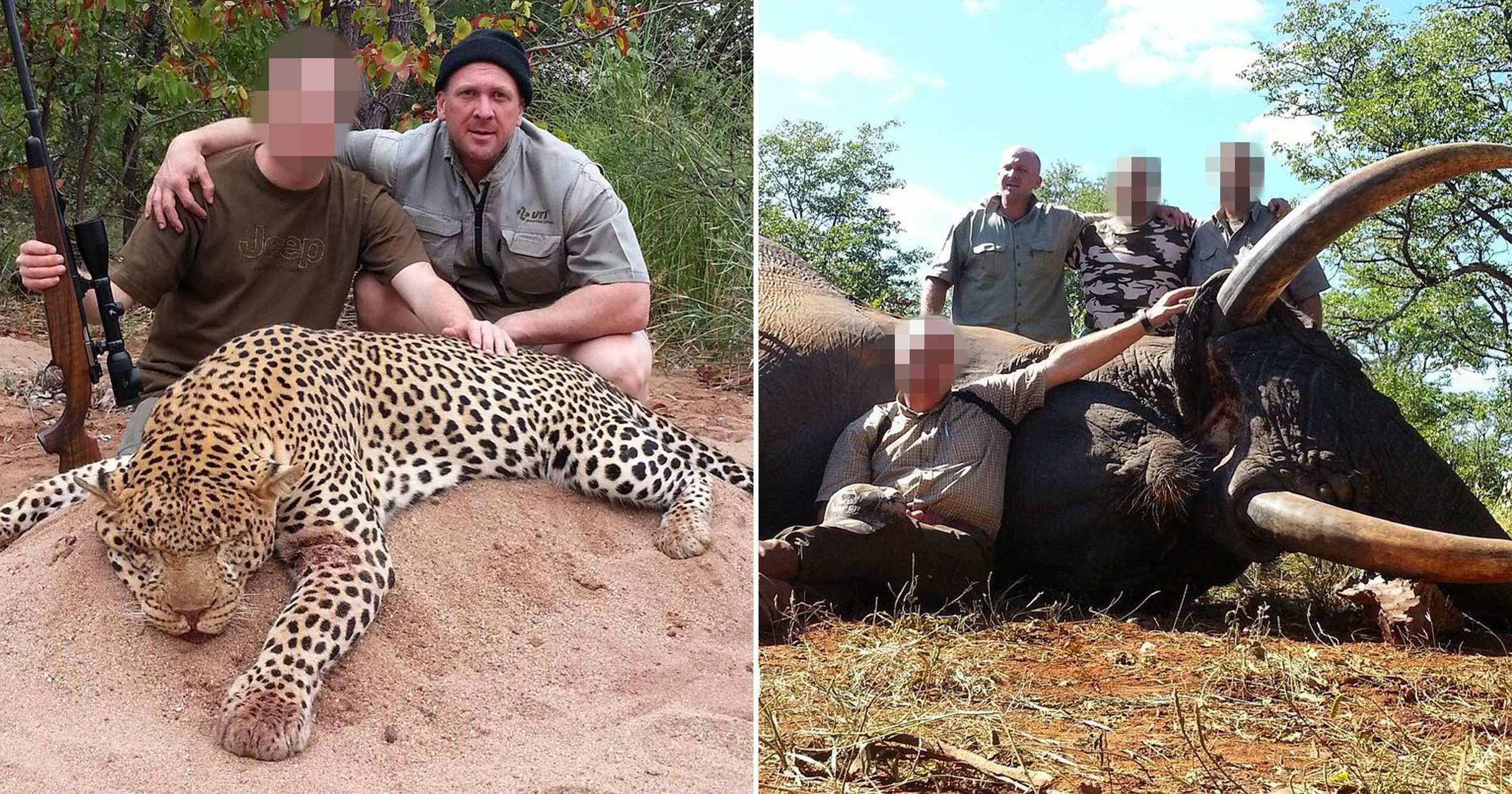 The British owner of a trophy hunting business in South Africa has reportedly boasted there are plenty of animals to kill because of the coronavirus pandemic.

Carl Knight, 47, who lives in Johannesburg, allegedly made the claim in an email sales pitch, the Sunday Mirror newspaper reported.

Knight, originally from Epsom, Surrey, said those animals and others including rhinos and crocodiles could be hunted in South Africa or Zimbabwe, the newspaper added.

Married father-of-two Knight, who has posed with dead animals before, reportedly wrote: ‘Big elephant and trophy buffalo + hippo, croc are plentiful. The areas are well rested, the animal movement is fantastic.

‘I have a quota available on big cats: leopard and lion plus elephant bulls at unbeatable prices.’

Knight defended his business saying he had not broken any laws, he was helping animal conservation and providing jobs.

He added: ‘You may not like hunting, but that does not make hunters criminals.’

Knight claimed in South Africa there were ‘20,000,000 wild animals bred and conserved’ which he described as a ‘prolific’ number, according to the report.

Campaign to Ban Trophy Hunting founder Eduardo Gonclaves has called for Knight to have his British citizenship ‘stripped’ and accused him of ‘slaughtering’ threatened species.

Gonclaves said: ‘The US government says lions could be gone from the wild by 2050.

‘Yet Carl Knight is still selling lucrative hunts in these and other endangered animals to make money for himself and put a sick smile on the face of those who enjoy killing animals just for fun.’

Labour MP Rupa Huq added: ‘This is the height of irresponsibility during a pandemic and when a South African variant is being surge tested.

‘It’s wrong on so many levels.’

Travel for leisure purposes is not permitted under UK Covid regulations.