Two of the British ISIS terrorists dubbed the “Beatles” further incriminated themselves in mistreating Western hostages in Syria, including American Kayla Mueller, in interviews obtained exclusively by NBC News.

In the interviews, the two men, Alexanda Kotey and El Shafee Elsheikh, for the first time admitted their involvement in the captivity of Ms Mueller, an aid worker who was held captive and tortured and sexually abused before her death in 2015.

Kotey said: “She was in a room by herself that no one would go in.”

Elsheikh got into more detail, saying: “I took an email from her myself,” meaning he got an email address ISIS could use to demand ransom from the family. “She was in a large room, it was dark, and she was alone, and…she was very scared.”

In one email reviewed by NBC News, ISIS demanded the Muellers pay €5m (£4.55m) and threatened that if the demands weren’t met, they would send the family “a picture of Kayla’s dead body.”

Kotey and Elsheikh are both in US military custody in Iraq amid questions over how and when they will face justice. 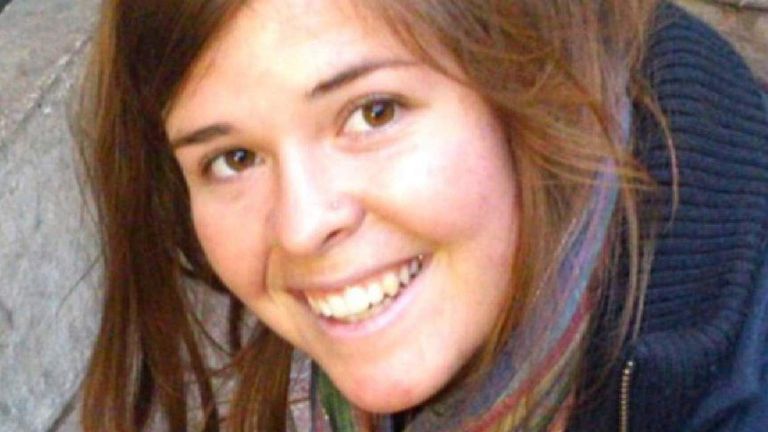 US and British authorities say the so-called Beatles were responsible for 27 killings, including the beheadings of Americans James Foley, Steven Sotloff and Peter Kassig, and British aid workers David Haines and Alan Henning.

The families of American hostages murdered by ISIS tell NBC News they are urging the Trump administration to try them in a US civilian court.

“They did so much horror to so many people,” said Marsha Mueller, Kayla’s mother.

“They need to be brought here. They need to be prosecuted. The other thing that’s really important to me about this is I need information about Kayla. We know so little about what happened to her.”

She added: “I believe these two have more information than they’re sharing with us. And I believe that we would find out more if they were brought here.”

“They’re admitting that they were there,” said Kayla’s father, Carl Mueller.

“And of course, they’re not going to tell the dark side of the story.” 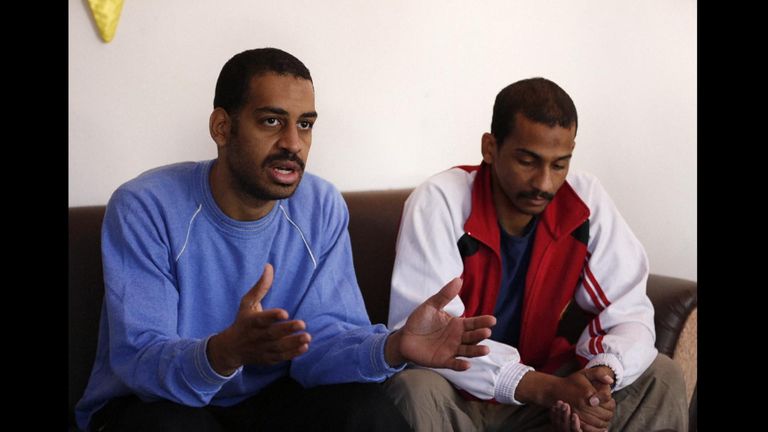 The US families published an opinion piece in the Washington Post on Thursday imploring the Justice Department to bring the two men to the US for prosecution.

In captivity, Kayla was taken to live with a senior ISIS official, and was raped by the former ISIS leader, Abu Bakr al Baghdadi, US officials have said.

Baghdadi killed himself with a suicide vest as he was being chased last fall by American commandos during a raid in northwest Syria.

Kayla is believed to have died in 2015 in what ISIS said was a Jordanian airstrike. How she was killed has never been confirmed.

In a 2018 interview with the BBC, Kotey and Elsheikh had denied ever meeting Mueller.

“Who?” Elsheikh responded when asked if he’d ever met Mueller. 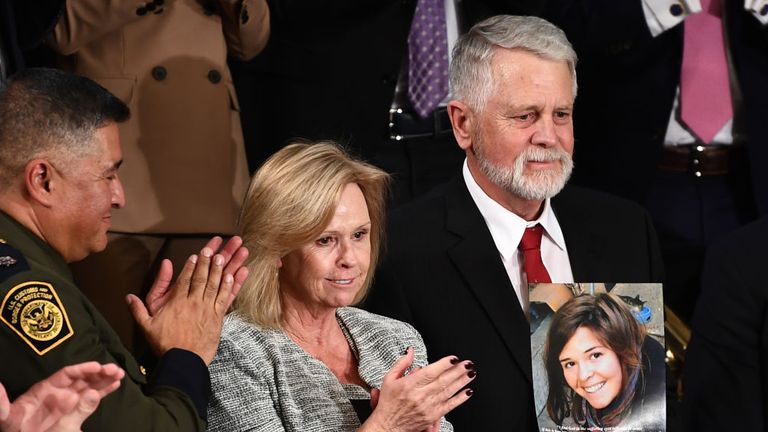 In the new interviews, both Kotey and Elsheikh sought to distance themselves from the torture and killings attributed to them as prison guards, calling themselves “liaisons” to the hostages. But each admitted beating captives and playing a role in facilitating communication with their families in an effort to extract ransoms.

“I never denied that they was (sic) ever hit,” Kotey said of the hostages. As an example, he talked about striking a Danish captive in the chest to make a mark that would be visible in a photo that would be sent to his family.

Elsheikh and Kotey were captured in Syria in 2018 by the Kurdish-led Syrian Democratic Forces.

American officials tell NBC News that the US is determined to arrange for the two men to face charges in an American courtroom and the efforts to get them here from Iraq continue.

That effort was dealt a setback in March, when Britain’s Supreme Court ruled that the UK could not share evidence with American prosecutors as long as the pair were in jeopardy of the death penalty.

A criminal court is the best place to get to the truth, said Chuck Rosenberg, a former federal prosecutor and NBC News legal analyst.

Former hostages who made it out of ISIS detention say all four members of the “Beatles,” given that nickname because of their British accents, were cruel and sadistic captors.

Mohammed Emmwazi, the black-clad terrorist known as Jihadi John who beheaded many of the hostages on camera, was vaporised by Hellfire missiles from a CIA drone in 2015. The fourth Beatle, Aine Lesley Davis, was sentenced to seven and a half years in prison in Turkey in 2017.

According to a State Department narrative designating him as a terrorist, “Elsheikh was said to have earned a reputation for waterboarding, mock executions, and crucifixions while serving as an ISIS jailer”.

The State Department said Kotey, as a jail guard, “likely engaged in the group’s executions and exceptionally cruel torture methods, including electronic shock and waterboarding.”

The two men denied that in the new interviews.

“Everyone is talking about the rights of these two Beatles,” Art and Shirley Sotloff said in a statement to NBC News.

“What about the rights of our kids, Steven and Jim and Peter and Kayla? Don’t they have the right to have justice served?”