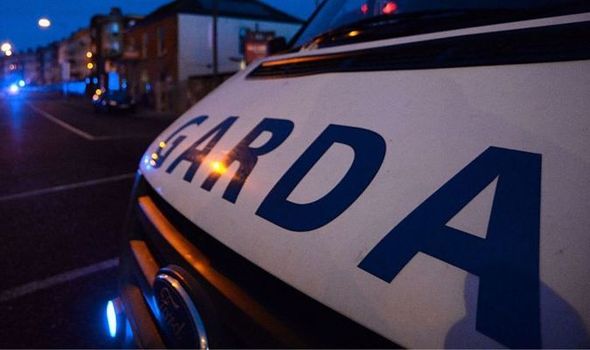 The 41-year-old was taken in for questioning by Gardai (Irish Police) this morning in Cork. It came after the unnamed Labour politician allegedly received a phone call on October 18 during which someone is said to have threatened to kill her.

British Police alerted their counterparts in Ireland, according to The Irish Times.

This morning, officers from the Special Detective Units in both Cork and Dublin detained the suspect in Douglas on Cork’s southside.

They were backed up by members of the Cork Armed Support Unit, it was reported.

The team of up to 15 officers went to the man’s rented apartment at around 7.30am and took him to Bridewell Garda station for questioning about the threats.

Gardai said he has been detained under Section 4 of the Criminal Justice Act.

This allows him to be held for up to 24 hours for questioning.

The alleged phone call came three days after Tory MP Sir David Amess was killed during a weekly surgery for his constituents.

The Conservative MP for Southend West died hours after the attack, which took place at Belfairs Methodist Church Hall on Leighton-on-sea in Essex.

The 25-year-old has since been charged with murder and the preparation of terrorist acts.

Sir David’s murder and the alleged phone call comes amid increasing worries about the safety of MPs.

Following his death, Home Secretary Priti Patel vowed that all MPs would be entitled to have security when they hold surgeries.

The news sparked an outpouring of tributes to the long-standing backbench MP.

The Prime Minister described him as “a fine public servant and a much-loved friend and colleague” who “believed passionately in this country”.

Commons Speaker Sir Lindsay Hoyle said he was a “bright light of Parliament”.