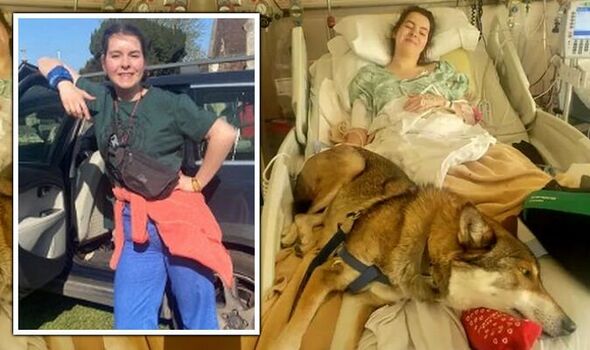 Mia Dean, 19, lay bleeding and injured at the 71,000-acre Custer State Park, in South Dakota after the wild beast charged.

The keen dancer is now paralysed from the knee down but lucky to be alive after the 2,000lb animal tore the femoral artery in her left thigh during the shocking attack.

She says she has “no movement” in her left foot and now her parents are raising £140,000 to transfer her from Rapid City Hospital to a specialist nerve centre in the US. So far more than £33,000 has been pledged by well-wishers.

Speaking from her hospital bed, Mia told KOTA TV: “I remember feeling my hip being pushed back and the sensation of flying in the air and going head over heels. It’s a miracle I even lived until the ambulance got there, let alone kept my life and my leg.

“I can’t walk without a walker or crutches. I can’t walk very far. About 20 metres and I’m done.”

Mia, of Brockham, Surrey, was on the second day of her US road trip when the attack occurred on June 16.

She had been walking on a trail with her friend and his dog – who was in a harness – when they climbed a hill and spotted the lone male bison, which was grazing. They decided to skirt around to not disturb him but then the animal charged. 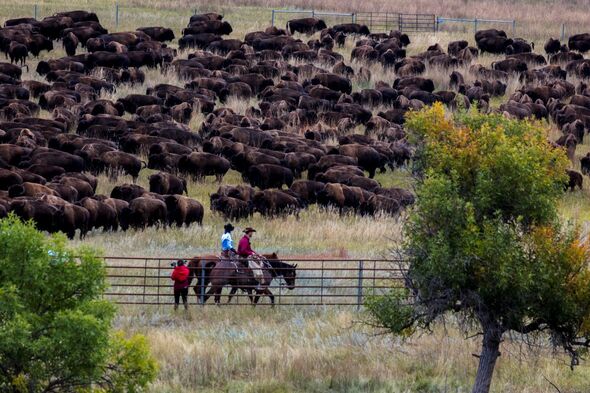 Her parents Michael and Jacqueline stated: “Mia was shocked into stillness and the bison halted in front of her.

“The two stared at each other for a few seconds before the bison surged, goring her in the left thigh with his horn and threw her head over heels about 10 to 15 feet in the air.

“When she hit the ground Mia was trapped, unable to move her bleeding leg, with the bison huffing directly over her, his feet by her head for some time.” Mr and Mrs Dean are trying to raise £140,000 to transfer Mia to the Mayo Clinic in Rochester, Minnesota, for specialist treatment.

Her parents added: “While her travel insurance has paid for the femoral artery bypass, they are refusing to pay for even the initial examination by the specialist of her nerve injury.

“Mayo clinic, a world-class hospital in the peripheral nerve field, has accepted Mia as a referral. This could be Mia’s best chance to regain control of her foot but time is running out.

“We are therefore asking to raise money to allow Mia to receive at least the initial testing and possible surgery at Mayo clinic.”