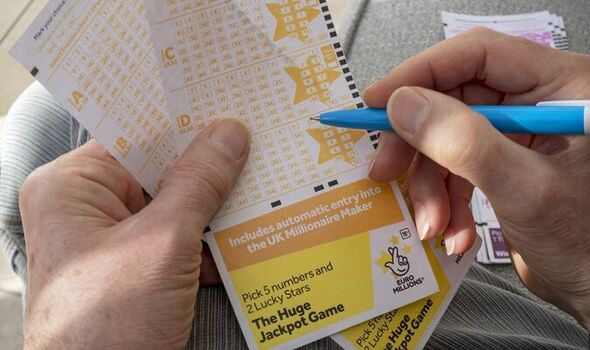 One lucky UK ticketholder scooped the £110,978,200.90 prize on September 2. Once the ticket has been validated and paid, the winner will then decide whether or not to go public.

There will be no information on whether they are an individual or syndicate winner, or where the ticket was purchased unless the ticket-holder decides to go public, Camelot said.

Andy Carter, senior winners’ adviser at The National Lottery, said: “This is absolutely incredible news and we’re delighted that we’ve received a claim.

“Our focus is now on supporting the ticketholder through the process and helping them start to enjoy their truly life-changing win.”

This is the fifth £100 million-plus EuroMillions jackpot won in the UK this year, with the biggest-ever National Lottery win of £195 million from the draw on July 19 claimed just a day later. The winner chose to remain anonymous.

Alongside this record-breaking win, the £109 million jackpot from the draw on February 4 was also claimed a few days after the draw, with the winner again remaining anonymous.

This was followed by Gloucestershire couple Joe and Jess Thwaite celebrating their £184 million win from the draw on May 10.

Finally, one lucky UK ticketholder, who also chose to remain anonymous, scooped the £54 million EuroMillions jackpot in the June 10 draw.

Only 15 UK players have ever won a jackpot of more than £100 million, with the record-holders winning £195 million in July.