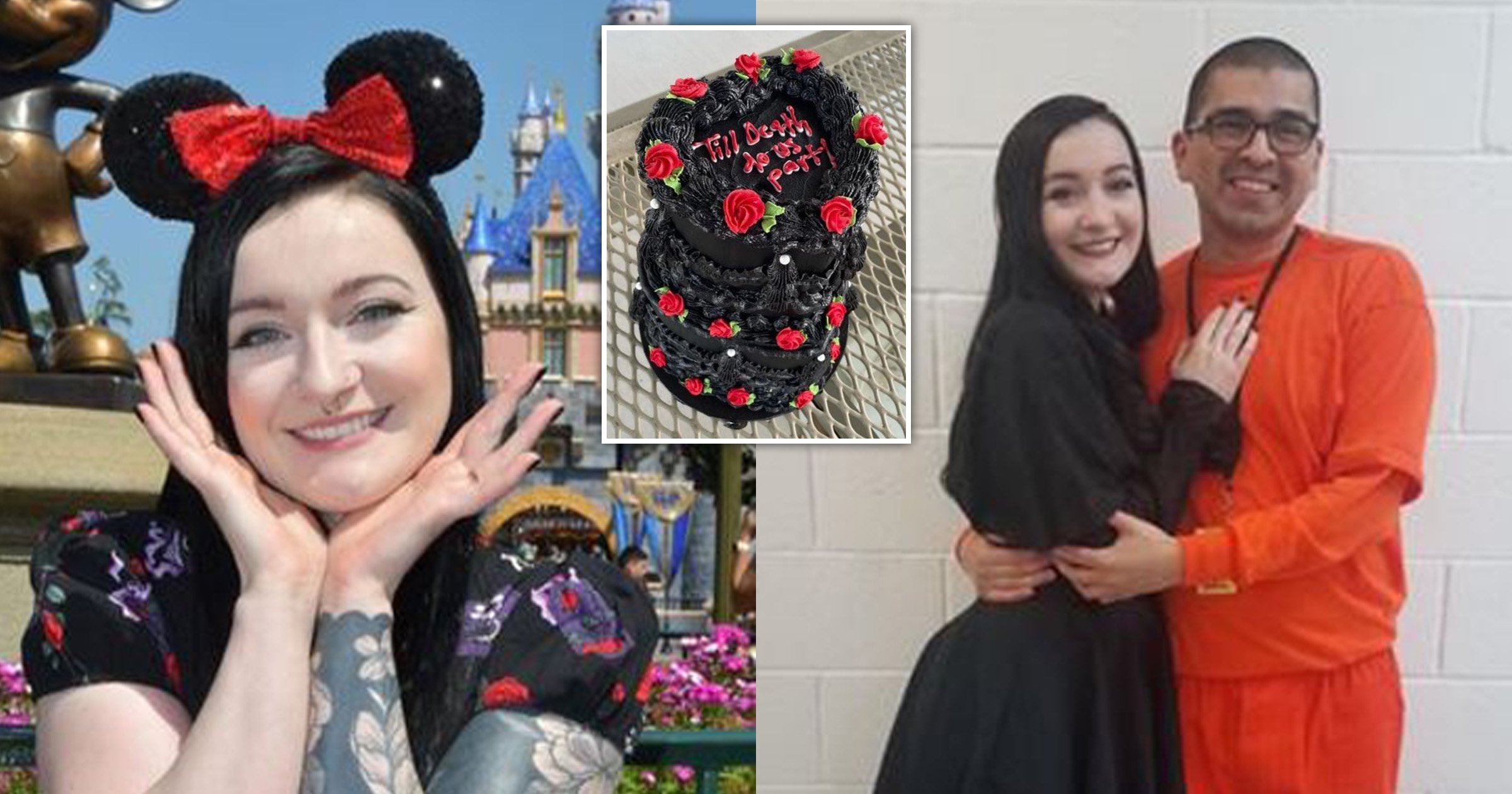 A British woman with ‘an obsession for Netflix documentaries about serial killers’ has reportedly married a US death row murderer.

Rebecca Short, 26, told relatives she was going on a holiday at Disney World in Florida and even shared snaps from her travels to the entertainment resort.

But it was only when the trainee dental nurse from Chipping Norton, Oxfordshire, posted pictures of the ceremony in Eyman jail, Arizona, that family members became aware of her intention to wed double killer Manuel Ovante Jr.

Another shot shows a heart-shaped, three-tier wedding cake, decorated with black icing and red roses. A message on top reads: ‘Till death do us part!’.

Following the wedding, one friend told The Sun: ‘She was always obsessed with watching Netflix documentaries about serial killers in America, but no one thought she’d run off and marry one.’

A neighbour also told the newspaper that Rebecca had confided plans about the trip with them.

It is understood the newlyweds met on the site prisonlifeandbeyond.com and became pen pals.

Ovante’s profile said: ‘I’m easy to get along with and tend to be a goofball.

‘Very loyal to people I care about. Nobody is perfect, so I hope not to be judged by past mistakes.

‘I love to read and listen to music. I have a daughter named Bonnie.’

Mexican-American Ovante was sentenced in 2010 after shooting two people dead while looking for methamphetamine in a house in 2008.

He is said to have been allowed to leave his cell for the wedding on April 14.