Britons told Express.co.uk that they couldn’t place prominent Tories throwing cold water on the prospect of them being able to galvanise voters. We took to the streets of London to ask locals about their views only to find they couldn’t name the movers and shakers working in their own city. Many couldn’t even recognise the party’s heavy hitters when shown a photo, raising questions about electoral oblivion for the Tories.

Although household-name ministers like Priti Patel and Rishi Sunak were most recognised by the public, many people told Express.co.uk that they didn’t care who might be the next Tory leader, showing a gulf between the Government and the governed.

Pablo Grant, 57, had an idea of the latest Westminster developments, but was unable to name the key players. 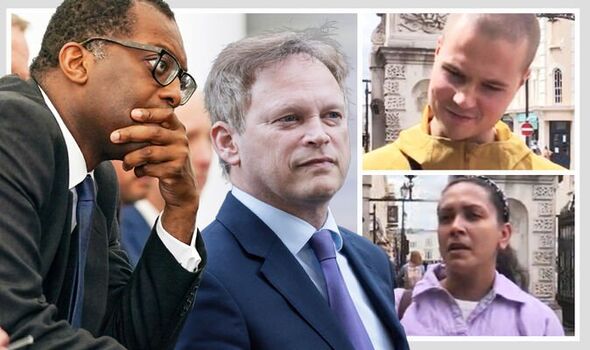 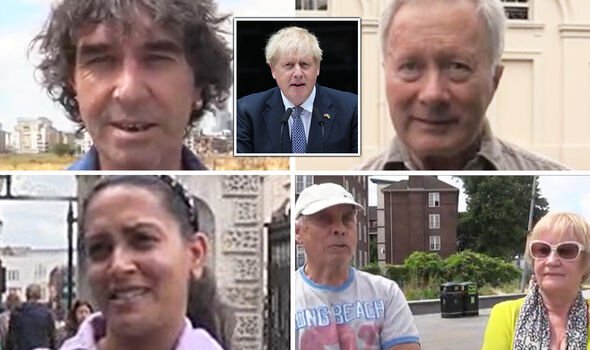 Pointing at Dominic Raab, he said: “Him I know, don’t know if he’s gone, he should do.”

Rachel Johnston, 65, a psychotherapist from Northern Ireland said she had “lost interest” in politics because of Boris Johnson.

She only recognised Home Secretary Priti Patel when shown pictures of prominent Tories and described herself as “middle of the road” when it came to politics.

Nora, 79, and retired, is an Australian but has been living in the UK for many years. But out of all the 14 politicians we showed her, she was only able to recognise one – Foreign Secretary Liz Truss. 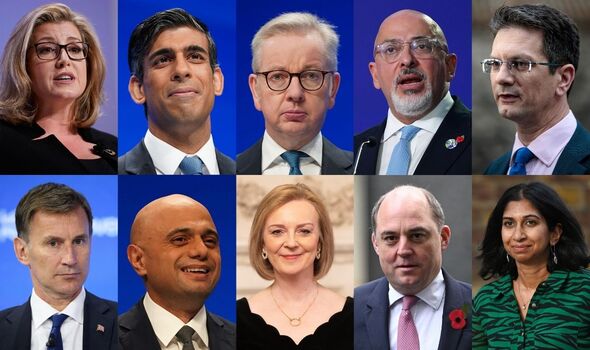 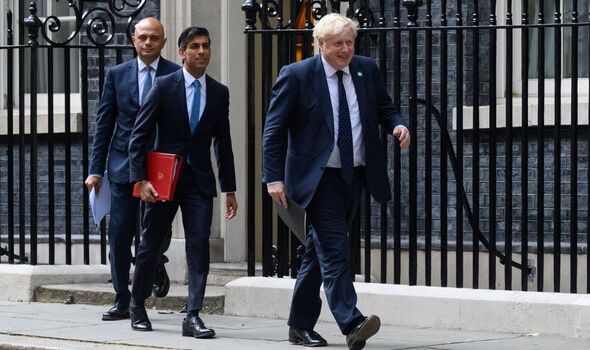 She supported the Prime Minister’s resignation and called it “the best thing in the world!”.

Alan and Jacqueline Warnes from Kent fared better than most. They were steadfast in their support of the Prime Minister and said they wanted to “Let him finish Brexit!”

Former Health Secretary Sajid Javid was recognised by almost everyone interviewed after he sensationally quit Johnson’s cabinet this week, however very few people could remember his name correctly. 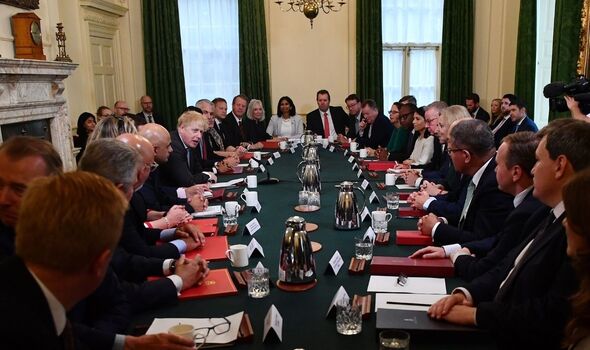 Similarly, most people recognised the new Chancellor Nadhim Zahawi , who joined calls for Johnson to quit just one day after being appointed by the PM, but few were able to put a name to the face.

The comments cast doubt on the leadership bid for the Tory party and leaves the question hanging as to who has the charisma to secure a Tory win in the next general election.

Although some of the people we interviewed were steadfast Labour supporters, others were Tory voters and plenty were floating voters.

If the Tories expect to keep their nearly 80-seat majority won by Boris Johnson in 2019, they will have to pick a leader who can galvanise the public, or who is at very least recognisable to them.