The new updates would see the current ULEZ expanded to an extra 140,000 motorists at the end of October. The scheme will cover roads between the North and South Circular with drivers charged £12.50 per day to drive a heavy polluting vehicle.

The new rules mean petrol cars must meet Euro 4 emissions standards to avoid the charges but these were only introduced in 2005.

Now, Britons have lashed out at the Mayor of London as classic car enthusiasts have warned the capital will be stripped of many iconic vehicles under the proposals.

Readers took to the comments section of an Express.co.uk article to hit out at the London Mayor.

One said: “Khan won’t be happy until the only transport available in what’s left of our capital is by rickshaw. 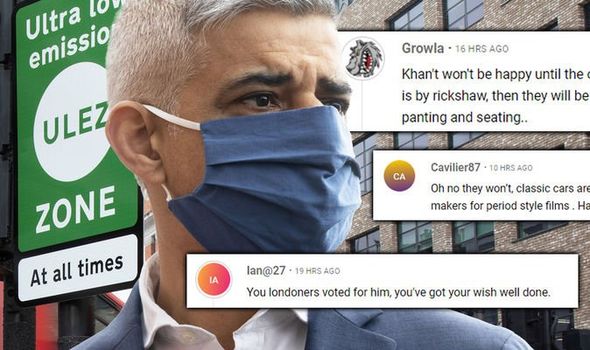 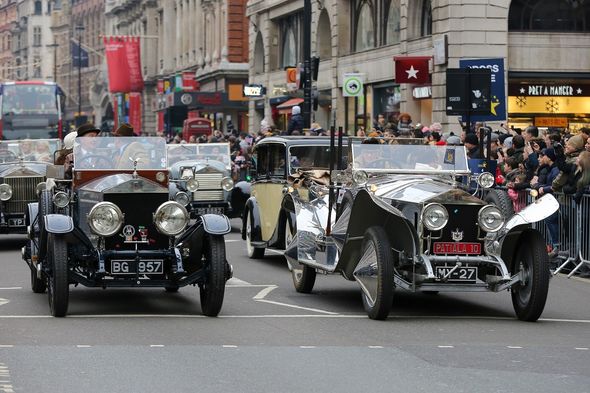 “Then they will be taxed heavily on the grounds that the puller is panting and seating.”

Another said: “Oh no they won’t, classic cars are part of our history and still used by filmmakers for period-style films.

“Hands off!! They’re part of our culture.”

Someone else remarked: “My lovely classic MINI will have to be sold but a 2012 Range Rover is exempt? 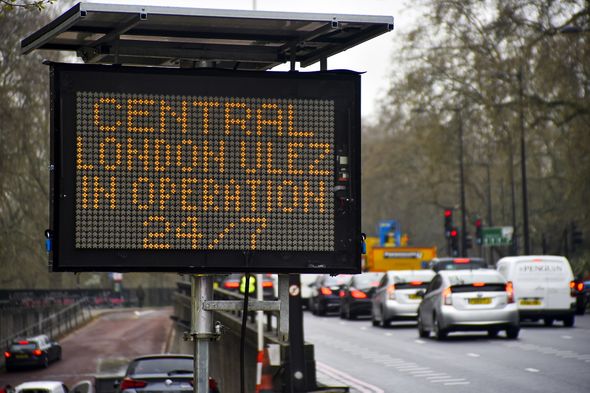 “What sense does this make?

“Khan has destroyed yet another charming part of London life.

“Now those that voted for him will literally pay for it!”

A fourth reader simply added: “You Londoners voted for him. 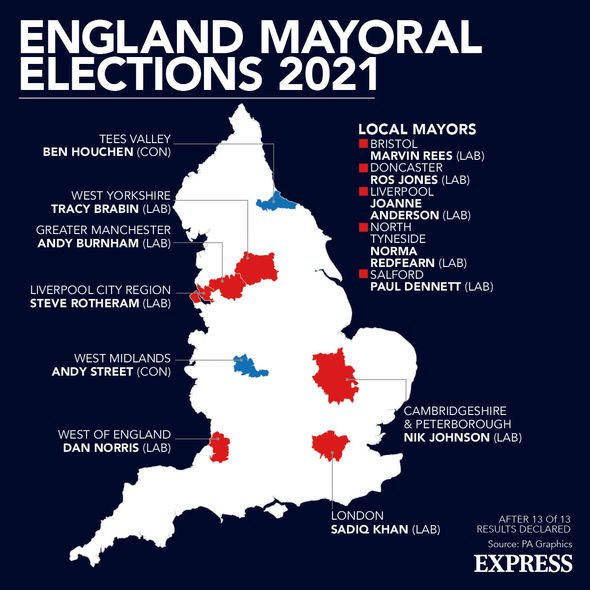 “You’ve got your wish. Well done!”

Another echoed: “London voted for this man. Feel sorry for the people who didn’t vote for him.”

The newly re-elected London Mayor said he has an “overwhelming mandate” to press ahead with his green initiatives.

Mr Khan said: “I pledge to be the greenest Mayor London’s ever had with a mandate from Londoners to put the environment and climate policies at the heart of my second term in office. 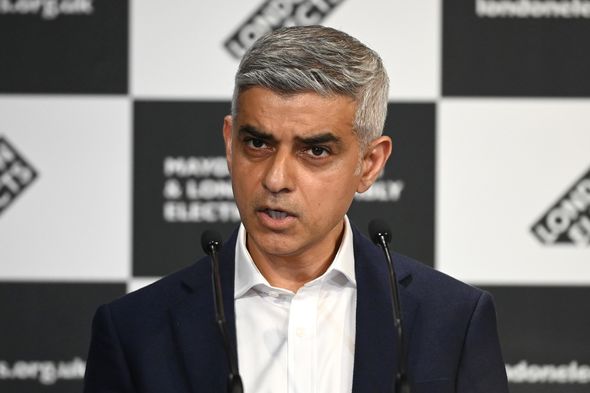 “In Central London, the Ultra Low Emission Zone has already helped cut toxic roadside nitrogen dioxide pollution by nearly half and led to reductions that are five times greater than the national average.

“But the pollution isn’t just a central London problem, which is why expanding the ULEZ later this year will benefit Londoners across the whole of the city and is a crucial step in London’s green recovery.”

Transport for London said the new ULEZ extension will improve air quality across the capital.

They said any money received from the ULEZ will be reinvested to improve the transport network and further improve air quality.