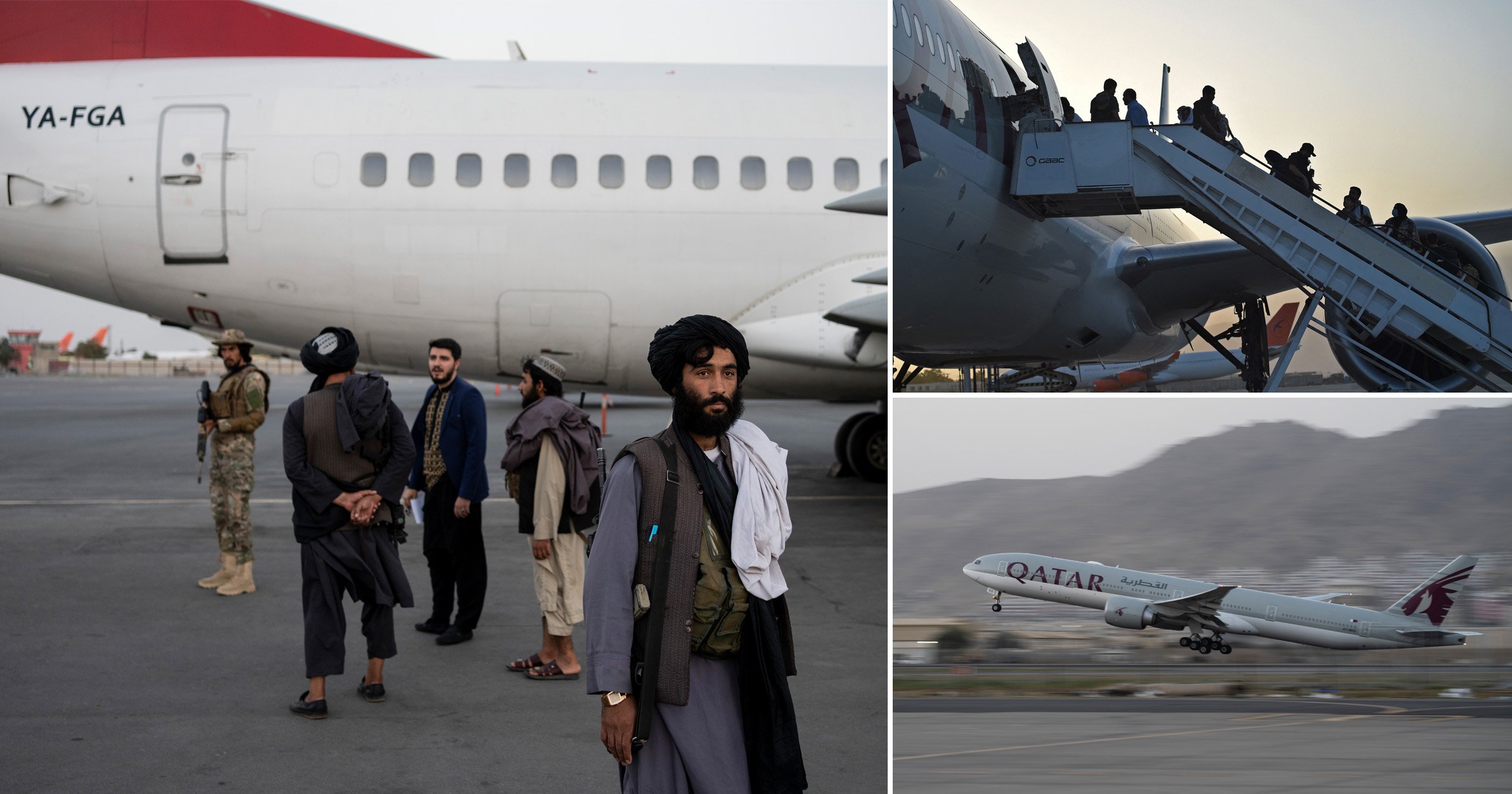 Thirteen more Britons were among hundreds able to escape the Taliban on the first international civilian flight out of Afghanistan since the militant group’s takeover.

The Qatar Airways flight landed in Doha after taking off from Kabul airport in what was the first large-scale evacuation since British and US-led coalition forces withdrew.

Foreign Secretary Dominic Raab said 13 Britons were among around 200 foreigners able to leave.

Afghanistan’s Taliban rulers have said they will let foreigners and Afghans with valid travel documents leave and the flight from Kabul is a sign that some movement is being permitted.

Mr Raab said: ‘We are grateful to our Qatari friends for facilitating a flight carrying 13 British nationals from Kabul to safety in Doha today.

‘We expect the Taliban to keep to their commitment to allow safe passage for those who want to leave.’

Under the watchful eyes of Taliban fighters patrolling the tarmac in Kabul, passengers presented their documents for checking and sniffer dogs inspected luggage laid out on the ground.

Kabul airport was left extensively damaged in the aftermath of the chaotic evacuation in August as international forces withdrew at the end of two decades of war.

Technical experts from Qatar and Turkey were brought in to restore operations and staff at the airport included some who had returned to work following the harrowing scenes during the airlift operation.

The issue of how to help eligible Afghans flee Taliban rule was considered by interior ministers from the G7 group of leading democracies in London.

Home Secretary Priti Patel urged her counterparts to follow the UK’s lead in establishing safe and legal resettlement routes for vulnerable Afghans who are escaping the humanitarian crisis.

A Home Office spokesman said: ‘She told ministers that Afghan citizens are depending on us, and set out how the UK was standing by those who needed our help the most in their hour of need and encouraged all G7 nations to do the same.’

The UK has resettled thousands of Afghans through the established Afghan Relocations and Assistance Policy (ARAP) and will welcome an additional 20,000 to Britain through a new scheme.

The spokesman said Ms Patel ‘made clear that the UK would not abandon people who are now living in terror of what might come next and that the British Government would warmly welcome and support them in rebuilding their lives here in the UK’.

She discussed the European response to the crisis with the EU’s home affairs commissioner Ylva Johansson.