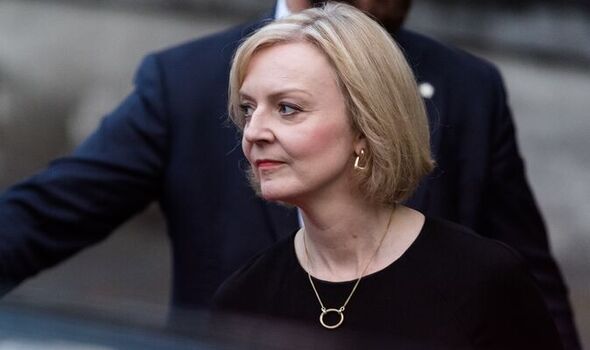 As winter approaches, almost half think the new Prime Minister can turn the ailing economy around and solve the twin cost of living and energy crises. Exclusive polling for the Daily Express on the state of Britain at a seismic point in its history reveals the hopes and fears of millions. But in Liz they try.

Some 47 percent – 13 percent definitely and 34 percent possibly – think Ms Truss, who became PM less than one week ago, will grab problems by the scruff of the neck and address them.

Chief among families’ worries are the deepening cost of living and inflation crises, price of forecourt fuel, climate change, NHS and housing – both numbers and cost.

The startling findings come in a nationally representative survey of 2,000 adults conducted on September 7 and 8 by OnePoll.

It reveals 77 percent of families feel “threatened” by the coming winter, as the prospect of NHS strikes, spectre of a spike in Covid infections, flu and hospital capacity conspire to create a perfect storm along with the soaring cost of living.

On energy specifically, 28 percent approve of her decision – taken immediately after her appointment – to address the appalling plight that threatened to plunge tens of millions of families into crisis.

Just one day after succeeding Boris Johnson in Number 10 the 47-year-old married mother-of-two and Britain’s third female PM – moved to freeze the consumer price cap. It means the typical UK household will now pay no more than £2,500 a year for their energy. This freeze will kick in on October 1 and last for two years.

Together with the previously-announced £400 discount for all households, bills will be close to where the current energy price cap stands.

Her plans will mean an average saving of at least £1,000 a year per household, based on current prices. A fund will also be set up for those who do not directly benefit from the new proposals, like those not on standard gas and electricity contracts.

And her proposal to get cracking with fracking – drilling into the earth and directing a high-pressure mixture of water, sand and chemicals at a rock layer in order to release the gas inside – also enjoys widespread support.

The energy crisis has seen moves to resurrect fracking – a nationwide project hitherto derailed by environmentalists. It was stopped in 2019 because of opposition from green groups and concerns over earth tremors. The moratorium on UK fracking has been lifted and our polling shows 55 percent support getting started.

In a defiant and upbeat message to down-at-heel families, petrified of what winter has in store, Ms Truss said: “Decades of short-term thinking on energy has failed to focus enough on securing supply – with Russia’s war in Ukraine exposing the flaws in our energy security and driving bills higher. I’m ending this once and for all.

“I’m acting immediately so people and businesses are supported over the next two years, with a new Energy Price Guarantee, and tackling the root cause of the issues by boosting domestic energy supply.

“Extraordinary challenges call for extraordinary measures, ensuring that the United Kingdom is never in this situation again.”

Former foreign secretary Ms Truss became PM last Tuesday where she met the Queen at Balmoral, two days before her death. On returning to London she embarked on a brutal cull of the Cabinet assembled by Mr Johnson, including high-profile backers of leadership rival Rishi Sunak like Home Secretary Priti Patel, Transport Secretary Grant Shapps and Justice Secretary Dominic Raab.

The PM has promised a wave of tax cuts to kickstart the economy and pledged to reverse a 1.25 percentage point cent National Insurance increase, which took effect in April. Some 63 percent of respondents in our polling said it would help.

Her new Chancellor, Kwasi Kwarteng, is expected to hold an emergency “fiscal event” at which details of the changes will take place.

Ms Truss is also believed to be plotting revisions to personal taxation, including a rise in the thresholds for paying the basic and higher rates of income tax, and a cut in the level of the basic rate from its current 20 percent.