People from across the UK have told the story of the time they met Queen Elizabeth and given some insight into what Her Majesty was like when attending royal duties. Some recalled her as “lovely” and “warm” while others remember her “commanding but friendly presence”.

Sasha Pearce, a physiotherapist from London, recalls meeting the Queen twice, once in 1992 and again in 1997 outside Kensington Palace when Princess Diana died.

She said: “She came over to our little group and asked how long we’d been waiting.”

Ms Pearce, who lost her own mother as a child in a car accident, remembered: “I asked how the princes were and how they were coping and she said ‘They’re as well as can be expected.’

“I told her I’d lost my mother and said to send all our love, and she said ‘Yes of course and thank you so much for coming’ and [that] it was appreciated. She was lovely.” 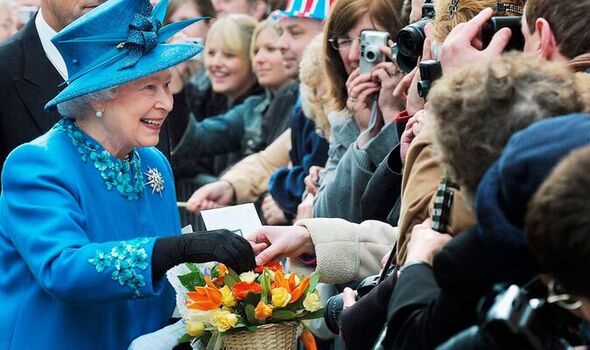 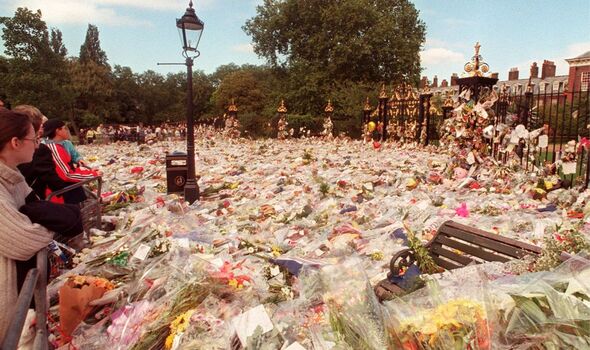 Mary Long-Dhonau, from Ledbury, Herefordshire, is a flood resilience campaigner who met the Queen twice, once in 2001 and again in 2009 when receiving her OBE for services for the environment.

Ms Long-Dhonau remembers speaking with the Queen: “She said, ‘You will never be out of work. Flooding is going to get worse’.

“She was really clued up on climate change and the misery that flooding caused people. I expected her to be aloof, but she was the opposite – compassionate and understanding.”

Catrina McHugh, from Newcastle-upon-Tyne, met the Queen in 2017 while being awarded an MBE for outstanding services to disadvantaged women through theatre.

Ms McHugh is a writer and director who co-founded the Open Clasp Theatre Company.

She said: “The Queen was absolutely lovely. I could have hugged her, even though I know you’re not ­allowed to. She made you feel like she really listened to you.” 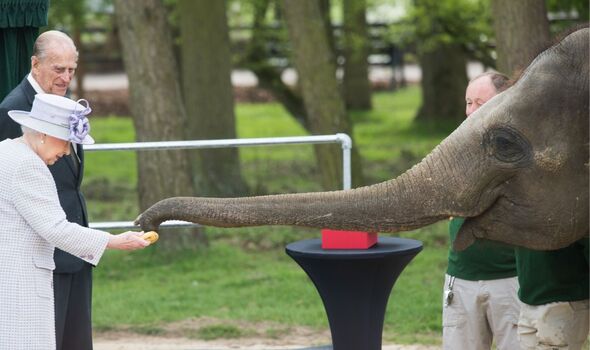 Owen Craft, who works at Whipsnade Zoo in Bedfordshire, also met the Queen in 2017 when she opened the elephant care centre, as Her Majesty was a royal patron of the zoo.

He said: “It was a fabulous moment – he gazed up, not quite realising what he was actually doing. The Queen was incredibly passionate and had such a good sense of ­humour. She said the smell was very similar to the horses’ stables and she quite liked it.”

Alison Thomas, the head of Veterinary Services at the Blue Cross, met the Queen in 2001 at the animal hospital in Victoria, Central London.

Ms Thomas recalled a dog jumped up on the Queen’s leg and added: “But she didn’t mind at all and was very happy to respond to the dog.” 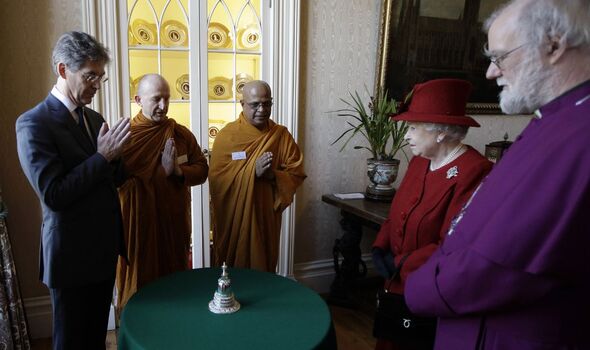 Lynda Sterling, an art studio director who lives in Manchester, met the Queen as a 15-year-old in 1998 when Her Majesty and Prince Philip opened a new building at Grey Coat Hospital school for girls in London.

She said: “I was a little nervous. I was in the science lab, we were showing experiments and we had to talk to the Queen about what we were doing.

“I had to say the words, ‘white precipitate’. But I couldn’t get ‘precipitate’ out and kept saying, ‘white… white…’ and stumbling. The Queen jumped in and said, ‘White something.’ I said yes and caught her eye. It made us both giggle.”

Ms Sterling added: “It was such a kind and human thing for her to do, to step in and help me like that. She was warm and gentle.”

Pranav Bhanot, a lawyer from Chigwell, Essex met the Queen in 2012 at an interfaith event at Lambeth Palace.

He said: “The Queen really championed diversity. It was very surreal meeting her – I just froze.

“She was shorter than I expected but had a commanding but friendly presence. She was incredibly easy to talk to and the twinkle in her eye when she smiled is a sight I’ll never forget.”