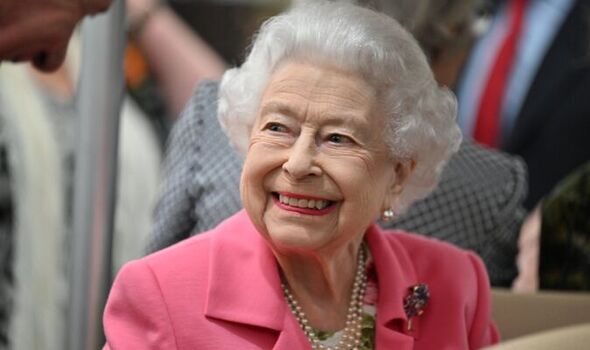 Other decrees would include a knighthood for Marcus Rashford, and cementing the nation’s love for fish and chips by making it the national dish.

Commissioned by Lloyds Bank to celebrate the Platinum Jubilee, the research found over half (52 percent) of Brits are excited about the Queen’s forthcoming celebrations.

The study also found those polled would plant more trees if they ruled for 24 hours – in addition to making electric vehicles cheaper, and introducing more bank holidays.

The bank, a partner of Her Majesty’s Platinum Jubilee Pageant, also identified what those polled consider to be the biggest changes in banking during the Queen’s reign.

And the advent of ATMs in 1967, the introduction of debit cards in 1987, and the beginning of internet banking in the 1990s emerged as the most significant.

Jo Harris, Managing Director at Lloyds Bank, said: “Over the course of the Queen’s reign, the changes across all aspects of life, including our finances, have been significant.

“Throughout the past seven decades, we’ve experienced so many of these changes by the side of our customers.

“And, whether it was the introduction of debit cards and ATMs, or banking online, we’ll continue to support customers in managing their money how and when they want.”

Those polled were also asked to consider the best piece of financial advice they had ever received.

And almost a quarter (24 percent) of 55- to 64-year-olds said they recommend paying into your pension as early as possible.

Just three percent of all those polled believe in spending your money “like there is no tomorrow”.

In addition to carrying out research through OnePoll, the Bank is marking the Jubilee by finding customers who opened accounts on the same day as, or on an anniversary of, the Queen’s coronation.

Barbara Brearley from Lincolnshire is one such customer – having opened her account on the 10th anniversary of the coronation.

She said: “I remember vividly when the Queen was crowned in Westminster Abbey in 1953.

“I was just 15 at the time, and we were watching the event on a television that was the size of a postage stamp!

“At school we had to put our money into the “bank”, we had a “chequebook”, and if we wanted money, we had to make sure we’d have enough to tide us over to the end of term.”

To help celebrate the Jubilee, Lloyds Bank has created a Platinum Jubilee Pageant pack, which is available here.

TOP 10 THINGS BRITS WOULD DO IF KING OR QUEEN FOR THE DAY: