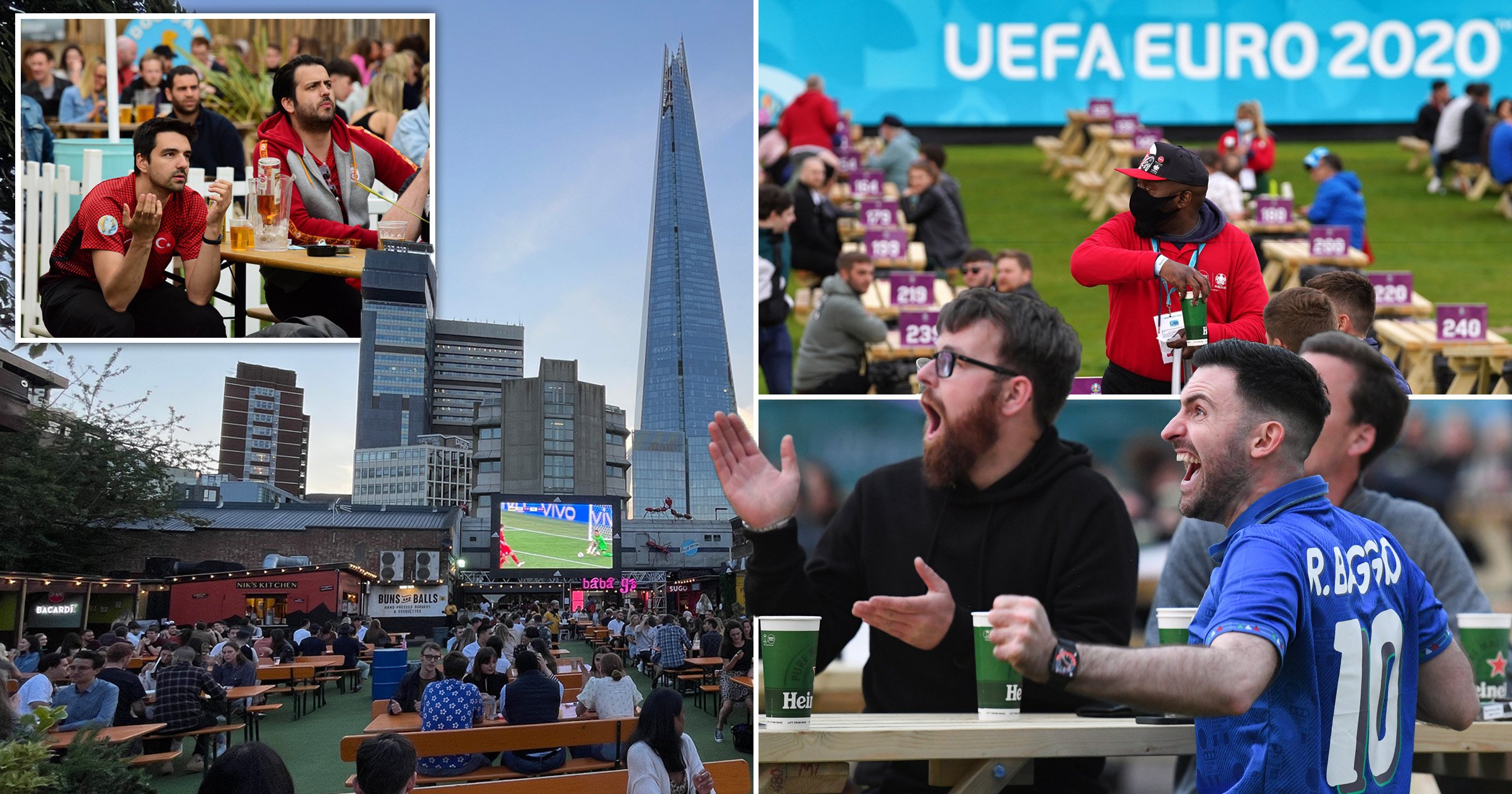 Football fans are set to splurge nearly £400million this weekend as the Euros get underway.

Pubs will get a massive boost after a tough year, as punters drink an estimated 10 million pints tomorrow as England play Croatia from 2pm.

In all, the tournament is expected to fuel a £3billion spending spree as Brits splash out on beer, food, new TVs and other merchandise.

Fans will get through ten million packets of crisps and five million pizzas as they watch matches, experts predict.

This year is the first time three home nations have all qualified for the final stages of the Euros, with England, Scotland and Wales all in the running.

Centre for Retail Research director Professor Joshua Bamfield said: ‘With £397million forecast to be spent this weekend alone as the first games kick off, it’s highly likely that the Euro 2020 tournament will create a substantial boost to the economy.

‘With odds on England reaching the later stages of the tournament, it’s likely that subsequent games will draw the same, if not more attention than this weekend’s matches, and with that a similar level of spend.

‘Should a British team reach the finals, the UK is set for a significant cash injection from fans’ spending power.’

Sainsbury’s say their beer sales are up 14% week-on-week, while Asda expects to sell 500,000 chicken wings, eight million steaks and 16million sausages during the month long tournament, which was postponed last year due to the pandemic.

The Co-Op is anticipating demand for rose wine to double week-on-week and to sell 220,000 pizzas, the Mirror reports.

Waitrose expects sales of kebabs and burgers to shoot up by 44% and 27% respectively while demand for Pimm’s and Aperol has jumped by 40%.

Retail analyst Clive Black of Shore Capital said: ‘A big sporting event like this will drive economic activity and supermarkets in particular will do well as sales of booze, party and barbecue food increase substantially.

‘Confidence is already high and Euro 2020 will give the country a short-term economic boost. But if England go on to win, the morale boost will be priceless.