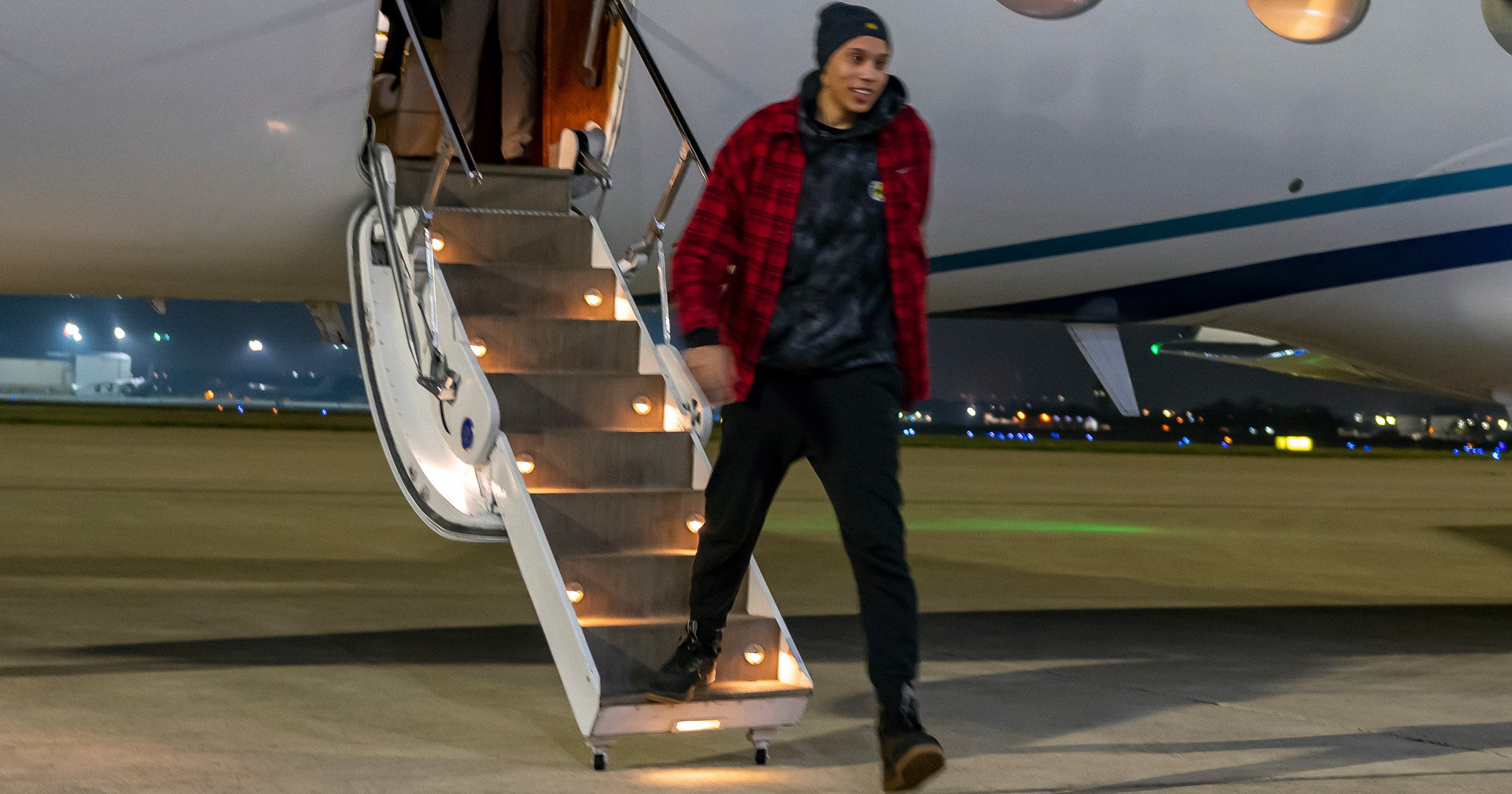 US basketball player Brittney Griner has broken her silence a week after being freed from Russia in a prisoner swap with arms dealer Viktor Bout.

Speaking on Friday for the first time since her release, Griner posted a couple of photos and a lengthy caption on Instagram.

‘It feels so good to be home!’ wrote Griner.

‘The last 10 months have been a battle at every turn. I dug deep to keep my faith and it was the love from so many of you that helped keep me going. From the bottom of my heart, thank you to everyone for your help.’

Griner’s first photo showed her getting off a plane, and the second was of her embracing her wife, Cherelle Griner. The 32-year-old Phoenix Mercury thanked President Joe Biden for working on the deal to get her out of a Russian prison.

The WNBA player was detained in February at an airport near Moscow and convicted of possessing two cannabis oil cartridges. She was serving a nine-year sentence in a penal colony, tasked with carrying fabric.

‘President Biden, you brought me home and I know you are committed to bringing Paul Whelan and all Americans home too,’ Griner wrote.

‘I will use my platform to do whatever I can to help you. I also encourage everyone that played a part in bringing me home to continue their efforts to bring all Americans home. Every family deserves to be whole.’

Whelan, a former US marine who was arrested for alleged spying, was frequently mentioned in debates around arranging a prisoner exchange to free Griner.

Soon after Griner’s release, Whelan, who has been imprisoned in Russia since 2018, said, ‘I am greatly disappointed that more has not been done to secure my release, especially as the four year anniversary of my arrest is coming up.’

Whelan called Biden by his name in his remarks to CNN.

‘I would say that if a message could go to President Biden, that this is a precarious situation that needs to be resolved quickly,’ Whelan said. ‘My bags are packed. I’m ready to go home. I just need an airplane to come and get me.’

Griner in her post said she was transitioning home to enjoy the holidays and thanked the medical team at the San Antonio Fort Sam Houston Base for checking her health and making sure she was ‘equipped with the tools for this new journey’.

‘I also want to make one thing very clear: I intend to play basketball for the WNBA’s Phoenix Mercury this season,’ Griner concluded, ‘And in doing so, I look forward to being able to say “thank you” to those of you who advocated, wrote, and posted for me in person soon.’