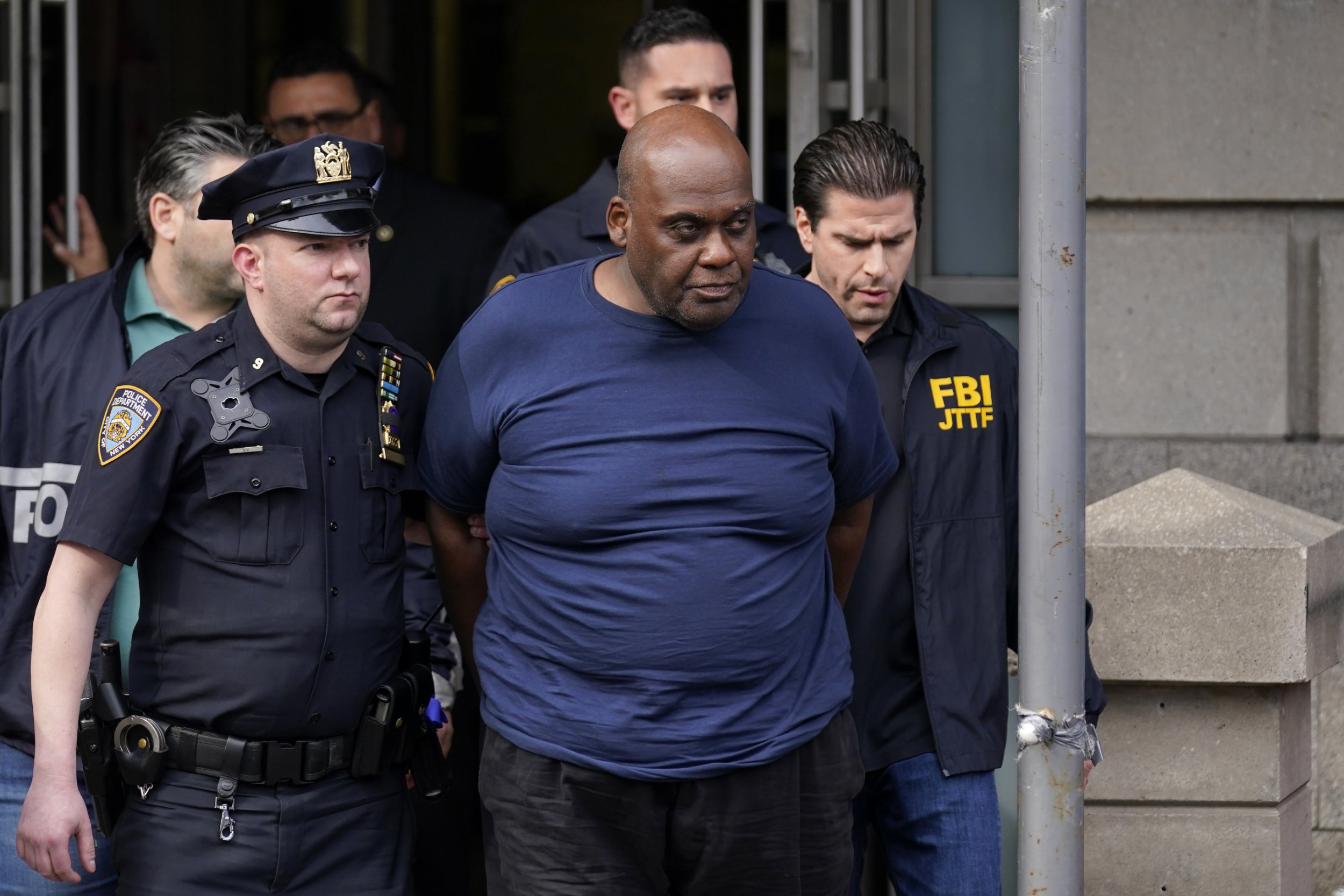 The suspect in the mass shooting on a Brooklyn subway platform that injured at least 10 people intends to plead guilty to federal terrorism charges, according to his attorneys.

Lawyers for Frank James, the man who is charged with opening fire on commuters in the Brooklyn neighborhood of Sunset Park on April 12, 2022, sent a letter to the court indicating that the alleged attacker wishes to change his previous not guilty plea.

Judge William Kuntz II scheduled a change-of-plea hearing for James on January 3, 2023. The alleged attacker faces a maximum sentence of life in prison.

On the morning of April 12, James entered the subway at Kings Highway wearing a reflective vest and yellow hard hat. He then boarded a Manhattan-bound N train.

The train pulled in to the station at 36th Street in Sunset Park around 8.30am. As the train stopped, James allegedly donned a gas mask and opened smoke grenades. He then opened fire on the crowd, shooting a total of 33 bullets.

A total of 10 people were injured by gunfire. About 19 more reported other injuries stemming from the attack.

Some of the passengers managed to escape by running across the station and boarding an approaching R train.

James escaped in the ensuing chaos. Authorities embarked on a massive 30-hour manhunt to find the suspect.

James eventually turned himself in by calling the police and telling them his location. When authorities finally caught up with him, he was eating at a McDonalds in the East Village – just five miles away from the scene of the attack.

James previously pleaded not guilty to federal charges when he was arraigned in May.

In December, federal prosecutors filed additional charges against James. These include charges of terrorism, violence against a mass transit system, and discharging a firearm during a crime of violence.

James has yet to be charged by the state of New York.