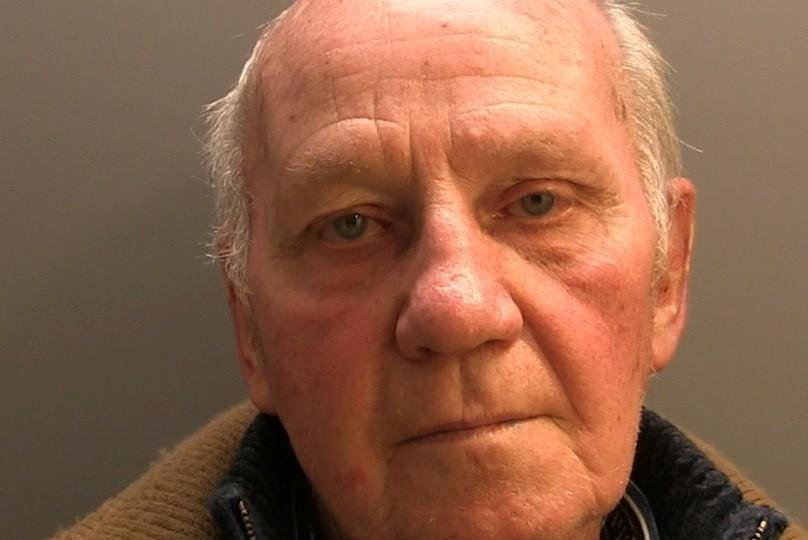 A brother who stole more than £310,000 from his sister after being given control of her finances when she developed dementia has been jailed.

John Longley left Paula Slights with just £17.50 in her bank account after frittering away her savings over a four-year period.

He put his vulnerable sibling at risk of being evicted from her care home as she had no money to pay the fees.

Thankfully, bosses generously allowed her to stay there until her death in 2018, despite being left with an unpaid bill of £94,770.

Former hospital driver Longley took charge of his sister’s financial affairs with lasting power of attorney in 2012, and stole a total of £312,797.

Slights moved into her care home in Grange-over-Sands, Cumbria, in 2014 but two years later, payments to the facility became ‘erratic’, the court heard.

Mark Stephenson, prosecuting, said that over the following two years a series of cheques bounced.

An investigation revealed how Longley had started to make withdrawals of cash from his sister’s account in March 2013.

There were frequent withdrawals running into hundreds of pounds, the court was told.

The court heard the money had ‘clearly not’ been spent on Paula.

The court heard £153,160 was legitimately paid to the care home.

Because of the lack of funds, the local authority also contributed to her care, paying out £18,428, Mr Stephenson said.

Longley, 80, of Grayrigg, Cumbria, admitted fraud but could not explain where most of the money had gone.

In a victim impact statement, their brother Michael said of his sister: ‘It would have been her wish that the money she made through her hard work and careful living was passed on to her grandchildren to help them on with their lives, which we all know will never happen now.

‘It deeply saddens me that John has done what he has done.

‘I feel a crime of this magnitude and the vulnerable nature of the victim should be treated with the seriousness it deserves.’

Claire Larton, defending Longley, said he had given his son £100,000 to invest in a business which had failed.

She added that he lost his job as a hospital driver in 2012 and he would be ‘incredibly vulnerable’ in a prison setting.

Longley was jailed for three years and two months for the single count of fraud.

Judge Nicholas Barker told him the fraud was a ‘significant abuse of trust’, adding: ‘You took money from her account for your own purposes over many years.

‘To steal this amount of money, leaving the desperate figure of £17.50 left in your sister’s account is inevitably going to tear a family apart and these are the consequences of your actions.’

Judge Barker added that Longley had known his actions had put his sister in a ‘perilous position’ and it was a matter of good fortune she wasn’t forced to leave her care home.