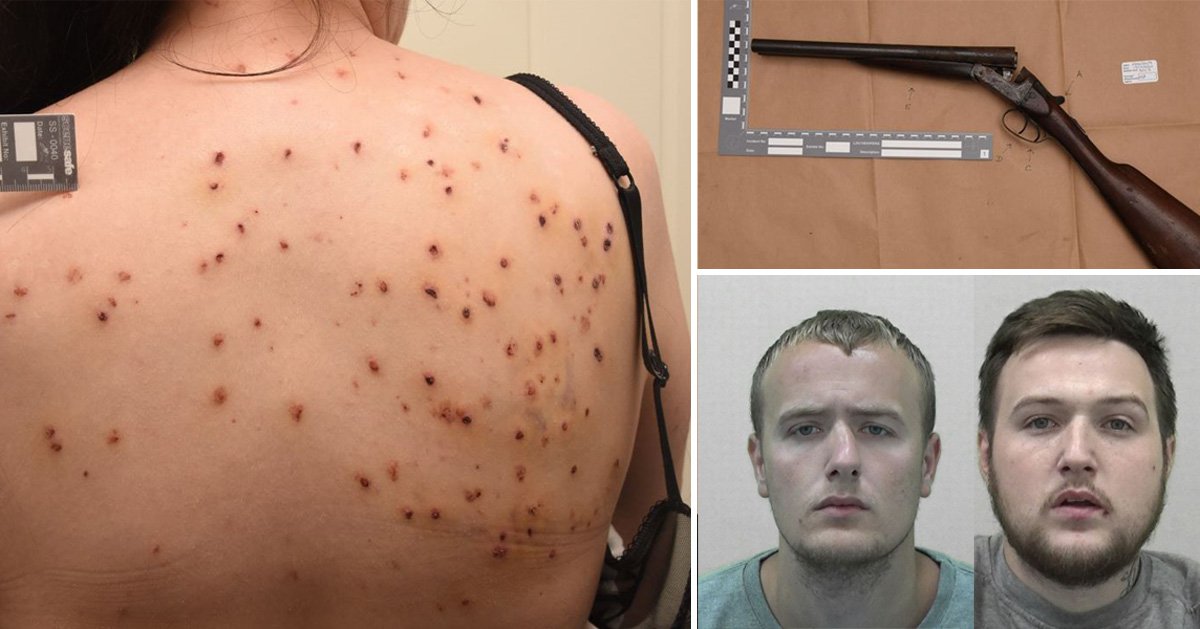 Two criminal brothers who tried to murder an innocent mum with a shotgun have been jailed for 24 years each.

Thomas and James Lee, 21 and 27, shot Emma Robinson while she was making cottage pie in her home in Westerhorpe, Newcastle, on October 3.

The reason for the brothers’ violence has not been proven but it is believed they were trying to get revenge on Miss Robinson’s son – with who they had reportedly been in an argument with after their windows had been broken.

Prosecutors previously told Newcastle Crown Court: ‘On October 3 in the afternoon, Thomas Lee was seen outside his father’s address screaming in anger and saying on the phone: “I’ve done people’s knees before, I’ve used a gun.”

‘It appears these two shootings were carried out for revenge and
because they were cross.’

Now, the Lees will collectively spend almost 50 years behind bars – for their attack on Miss Robinson, Mr King and several other crimes they were convicted of.

The long sentences came after the court heard Miss Robinson detail how it felt to be shot in her own home.

She said: ‘I was making cottage pie in the kitchen, facing the microwave.

‘I heard a loud noise, like a bang but I don’t know what type of bang but I could hear the glass at the same time.

‘I felt something hit the side of my face and I turned round and it’s
obviously caught my back.

‘I went straight through to the living room. There was glass everywhere. I was in shock at the time. It more sinks in afterward when you think it could’ve been really serious this.’

The shooting left Miss Robinson with terrible scars on her arm, shoulder and back which she feels self-conscious about.

Going through the trauma of the attack has also left the mum struggling with anxiety, depression and insomnia.

She said: ‘When I’m alone at night I keep thinking about what happened and how much worse my injuries could have been.

‘I keep thinking to myself what would have happened to my children if my injuries had been any worse. I already rely on my mother and don’t think she could have coped if she had to look after me or if I was not there at all.’

Thomas’ defence lawyer said his client was still young and probably has autism, whilst James’s representative explained that the first shooting was a revenge attack and the second was an argument that got out of hand.

The Lees were cleared of trying to kill Mr King on October 5 but convicted of attempting to wound him with their shotgun.

James was also found guilty of possessing ammunition when prohibited as he had bullets despite being banned from doing so within five years of his last imprisonment – for religious or racially aggravated harassment in 2017.

Thomas, who has 54 previous convictions, was found guilty of possessing a firearm while prohibited.

Separately, James admitted to child cruelty – for wiping chocolate on a child’s mouth and telling him is was excrement.

On top of the jail sentences, James was banned from driving for a year after his release and Thomas was told he would live under licence for an extra four years after serving his time.