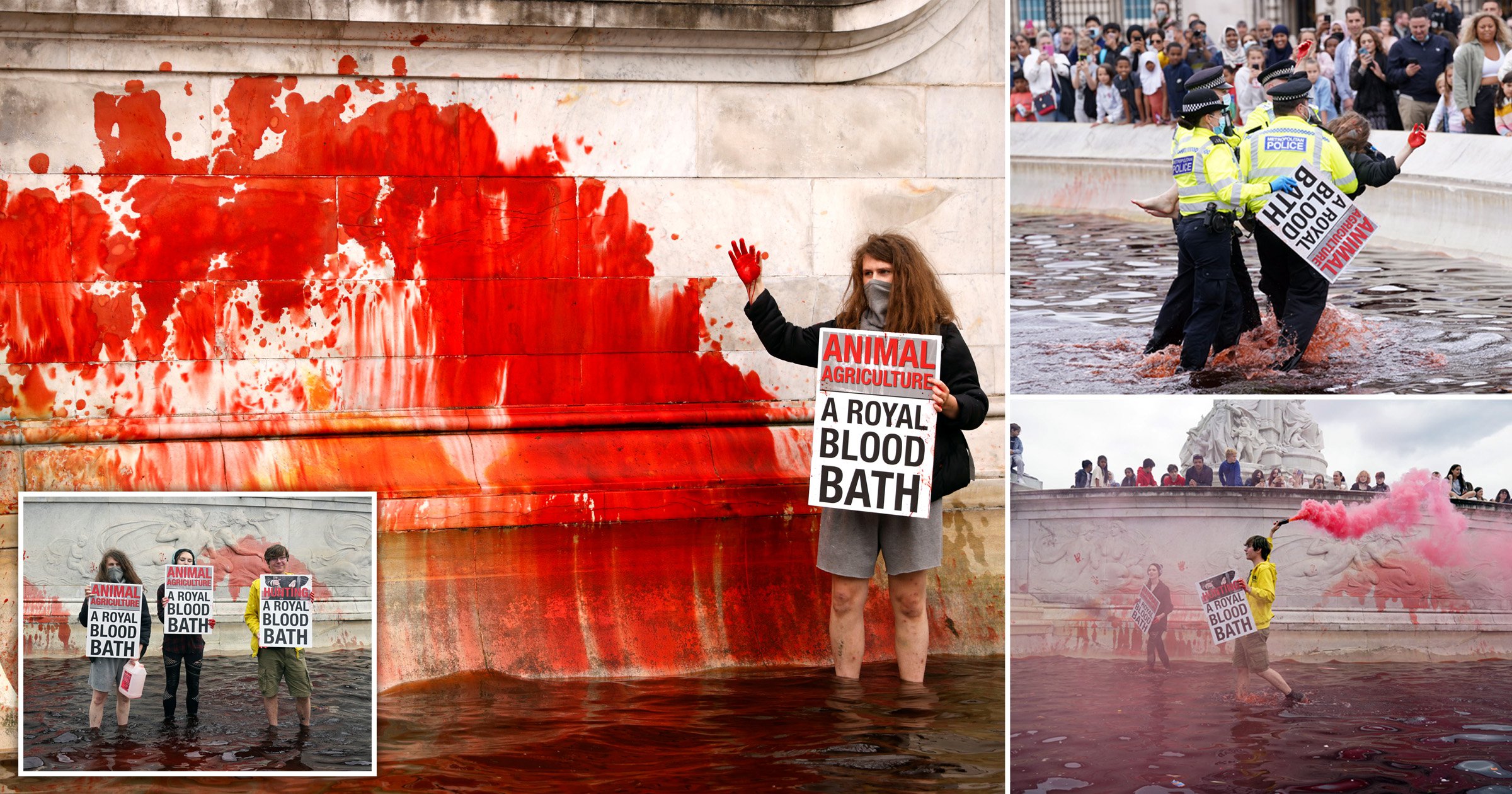 Climate activists have turned the fountain outside Buckingham Palace red this afternoon as part of protests sweeping the capital.

Several people have been arrested after the Victoria Memorial water feature was ‘vandalised’.

Protesters from Animal Rebellion, a branch of Extinction Rebellion, daubed red paint on the sides while the water was dyed red.

The Met Police said: ‘We are on scene and arrests have been made. The suspects are being taken to custody.’

Animal Rebellion defended the action, saying they wanted to raise awareness of a ‘royal bloodbath’: ‘The Crown Estate is the biggest owner of land in the UK and yet chooses to use this land for animal and agriculture and blood sports which decimate our countryside and kill millions of animals every year.

‘Using crown land to exploit animals and our planet is a royal blood bath and we’re here to say that, the more power you have, the greater responsibility you have to lead the way into a future which is just and sustainable for all life.’

The Met said a ‘significant’ operation would be in place for the protests over the bank holiday weekend but also acknowledged the activists’ ‘important cause’.