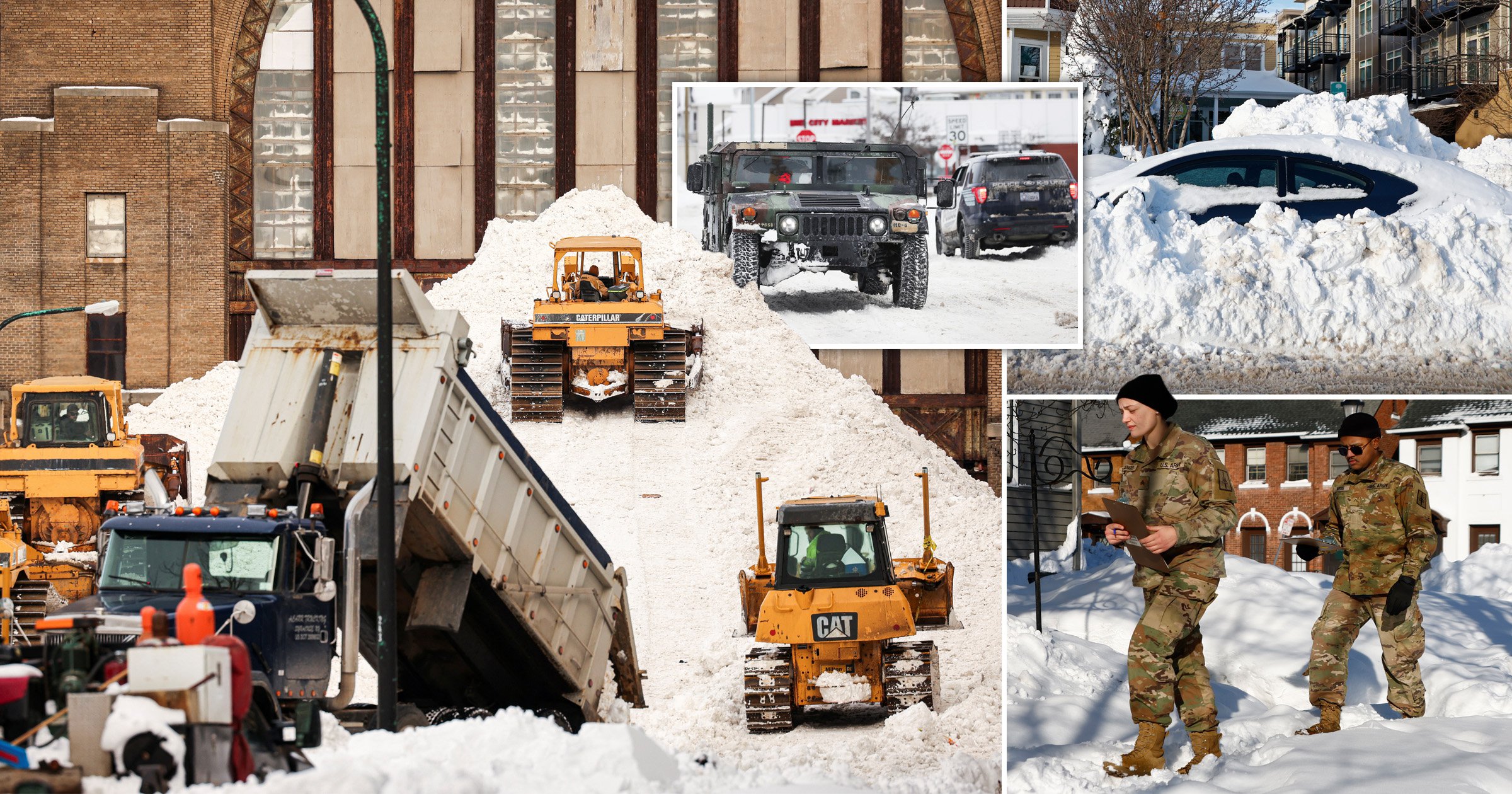 The National Guard began going door-to-door checking on homes after a massive winter storm froze the city of Buffalo for days.

The death toll from the blizzard rose to 38 by Thursday morning, as Erie County workers and officials began the long process of restoring roads, power, and other services in the region.

The death toll has surpassed the Blizzard of 1977 – a devastating and memorable storm that killed 29 people in the Erie County.

Officials said 17 of the fatalities were found outside. One of these victims, Monique Alexander, collapsed outside her home on Christmas Eve.

Alexander did not tell her family where she was going before she left the house, and her daughter Casey Maccarone told CNN that she assumed she was trying to buy some last-minute groceries before stores closed.

‘We were waiting for her to come home,’ Maccarone said. ‘She’s always felt like superwoman and invincible, so I’m assuming that she just thought she could handle the conditions.’

At least four more people died after becoming trapped in their cars. One of these victims was identified as 22-year-old nurse Anndel Taylor, who became trapped in her car while driving home from work at a senior center.

Taylor’s family has set up a GoFundMe to cover her funeral expenses.

National Guardsmen began going door-to-door to check on residents in each neighborhood of Buffalo, which reported a population of 278,349 in the 2020 census.

By Wednesday night, a total of 850 homes had been checked on.

‘We are fearful there are individuals who may have perished living alone, or two people who are not doing well in an establishment, especially those who still don’t have power,’ Erie County Executive Mark Poloncarz said.

About 500 customers were still out of power on Wednesday as the storm subsided. Power has been restored to most households as of Thursday, according to data from PowerOutage.us.

Nine people were discovered to have died in their homes after losing power and heat.

Many of the storm’s fatalities occurred due to medical emergencies, and at least three people died due to EMS delays. On Saturday night, most of the city’s fire trucks were completely immobilized by the snow.

On Thursday at midnight, Buffalo Mayor Byron Brown lifted a driving ban that was being enforced by state and military police to keep people off the dangerous roads.

However, officials are still asking drivers to stay off the roads if possible.

At least one lane has been cleared for usage in the city’s major highways, suburban roads, and downtown streets. Buffalo-Niagara International Airport has also reopened.

But as temperatures rise quickly in western New York, officials have started to worry about the possibility of flooding as snow and ice begin to melt.

Although temperatures are expected to rise to above 50 degrees Fahrenheit on Friday, the National Weather Service said any flooding will be of the ‘minor or nuisance variety.’

‘We have nearly 800,000 sandbags & more than 300 pumps & generators ready to deploy. We will continue to work closely with local partners to help communities recover,’ the governor said on Twitter.