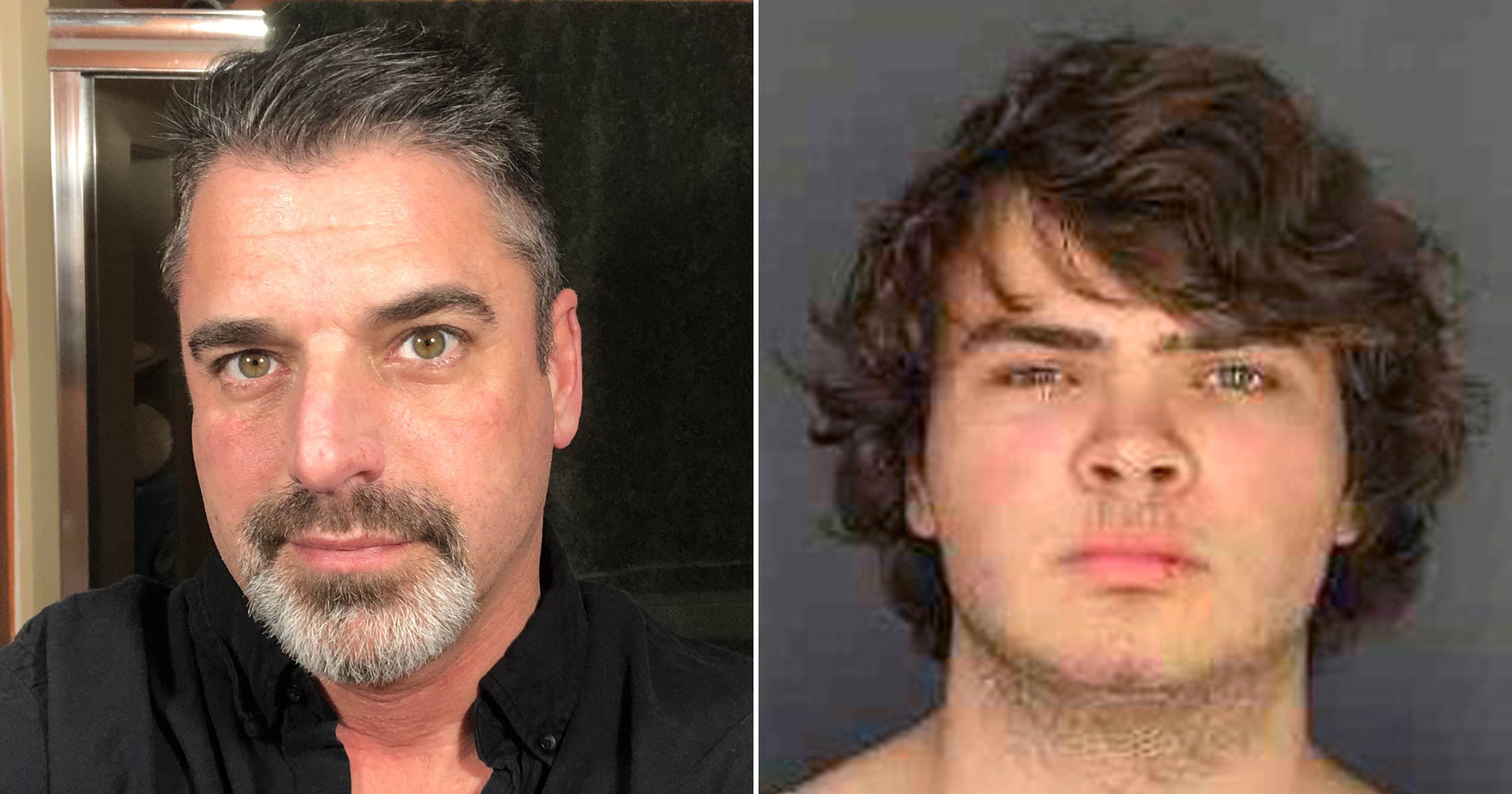 The gunman who massacred Black shoppers and staff at a supermarket in Buffalo, New York, apologised after realising he had wounded a white employee, it has been claimed.

Payton Gendron, 18, killed 10 people when he opened fire with a semi-automatic rifle at the Tops Friendly Market in a predominantly African American neighbourhood on Saturday.

The teenager wore tactical body armour and strapped a camera to his helmet to livestream part of the rampage on Twitch. The video service said it removed the broadcast within minutes.

Gendron began firing in the parking lot. Once inside the store, he exchanged gunfire with a security guard, who was killed, before stalking through the aisles and shooting shoppers.

At one point, he trained his weapon on a white person cowering behind a checkout counter but can be heard saying ‘Sorry’ before moving on without firing at him again.

A close friend of the survivor, identified as 55-year-old Christopher Braden, told the Daily Mail: ‘He looks up and sees the shooter pointing his gun at him but then he just says sorry.

‘It’s because he was white – there is literally no other explanation.’

Sue Trala, who is also Mr Braden’s neighbour, said: ‘The guy could have shot him dead – but he didn’t.

‘Christopher is trying to put on a brave face and make light of it but he’s probably going to have survivor’s guilt for the rest of his life – just because he’s white.’

She said the father-of-two underwent major surgery after suffering a serious leg wound in the shooting and will likely need at least two more operations.

Who is the suspected gunman?

Police have identified the gunman as Payton Gendron, from Conklin, New York. Conklin is a small town about 200 miles southeast of Buffalo, not far from the Pennsylvania state line.

Officials said the rifle he used in the attack was purchased legally but the magazines he used for ammunition were not allowed to be sold in New York.

After the shooting, Gendron appeared before a judge in a paper medical gown and was arraigned on a murder charge. He has pleaded not guilty.

Among them was a desire to drive all people not of European descent from the US.

The document seemed to draw inspiration from the gunman who killed 51 people at two mosques in Christchurch, New Zealand, in 2019.

Authorities said Gendron had researched local demographics and conducted reconnaissance as part of his efforts to target Black people.

Who are the victims?

Police said the 13 victims, including the wounded, ranged in age from 20 to 86.

The 10 dead include Aaron Salter, a retired Buffalo police officer working as a security guard at the store.

Salter fired multiple shots at the assailant, striking his body armour at least once, although the bullet did not pierce.

Officials called him a hero who saved lives by running toward danger. A local resident said he cared about the community and looked after the store.

Ruth Whitfield, 86, was picking up groceries after visiting her husband at a nursing home, as she did every day.

She was the mother of retired Buffalo Fire Commissioner Garnell Whitfield, who told The Buffalo News she was ‘a mother to the motherless’ and ‘a blessing to all of us’.

Mr Whitfield attributed his mother’s strength and commitment to family to her religious faith.

Katherine Massey, 72, was ‘a beautiful soul’ who was killed while shopping, her sister Barbara Massey said.

Heyward Patterson, 67, was a deacon at a nearby church. He’d gone by the church’s soup kitchen before heading to the supermarket, where he offered an informal taxi service and would drive people home with their bags.