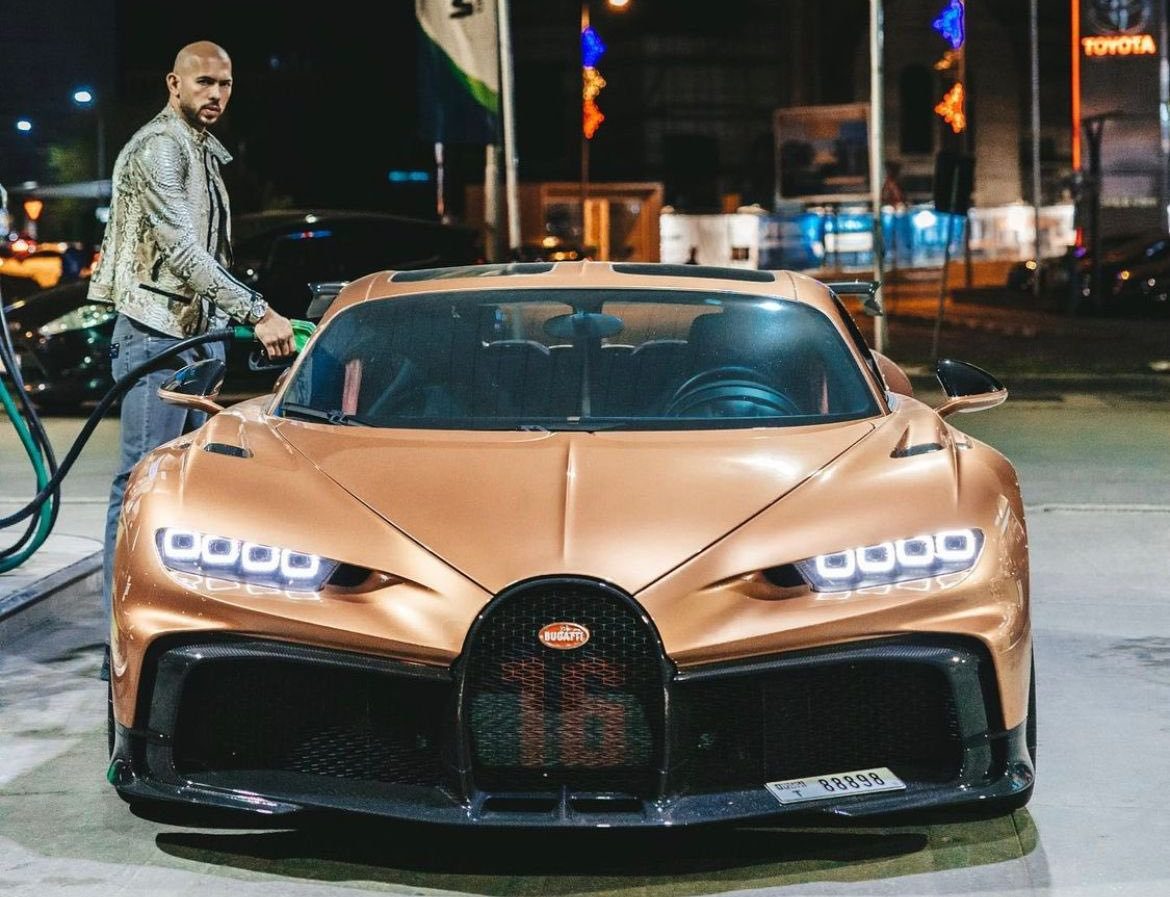 At least 11 of Andrew Tate’s cars, including his Rolls Royce and Bugatti, have been seized by authorities in Romania, it has been reported.

Before his arrest in Bucharest, the self-proclaimed ‘success coach’ shared a picture on Twitter of himself standing next to a Bugatti, bragging he owns 33 cars.

He was arrested along with brother Tristan on suspicion of human trafficking, rape and forming an organised crime group.

Prosecutors in Romania say the brothers allegedly recruited their victims on social media platforms and persuaded them to travel to their hideaway.

The former Big Brother contestant is still in custody, but officials have since seized all his assets.

This includes Tate’s cars and house, in which he is alleged to have kept six women and exploited them, Spy News reported.

This is just the start.

Please provide your email address so I can send a complete list of my car collection and their respective enormous emissions. pic.twitter.com/ehhOBDQyYU

Among the car collection the two brothers have is a luxury Buggati Chiron worth at least £3 million, and a Rolls Royce worth more than £300,000.

Tate rose to fame during his stunt in the reality show in 2016, but was kicked out after footage emerged of him appearing to hit a woman with a belt.

The social media influencer has since gained even more notoriety for his ultra misogynist views.

In a video about feminism, Tate said women should ‘shut the f*** up, have kids, sit at home, be quiet and make coffee’.

When responding to the allegations made towards film mogul Harvey Weinstein in 2017, he wrote a number of vile tweets in which he stated that women should ‘bare some responsibility’ for being raped.

The 36-year-old was arrested last week in a raid on his property after a Twitter row with climate activist Greta Thunberg.