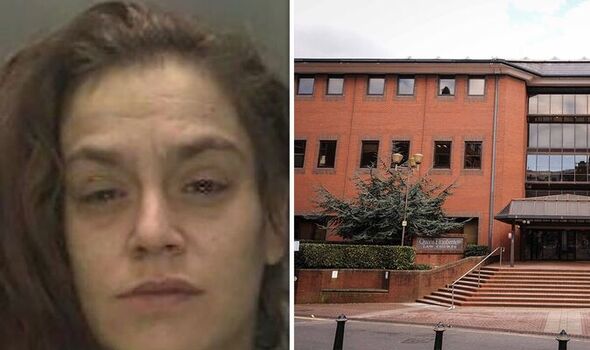 A prolific burglar who broke down in tears after being caught in a homeowner’s clever trap has been jailed.

Kelly Harris, aged 34, stole £2,000 worth of items from a home and stashed them under a bush. A court heard the occupant returned to find his property had been broken into and, in an act of quick-thinking, he left the door open and returned to his car on the off-chance the intruder may return.

Harris took the bait and sobbed when the victim confronted her at the address near Handsworth Wood, Birmingham.

She begged him not to call police but the homeowner did, and Harris was arrested on November 7.

The crook was jailed for two years and five months at Birmingham Crown Court on Wednesday after admitting burglary.

Harris, who is a mother, told the homeowner where she had stashed the items after he confronted her, reports Birmingham Live.

Harris, from Kings Heath, Birmingham, had hoped to sell the items for money with which to spend on drugs.

Lacklan Stewart, prosecuting, said: “The owner was alerted by a neighbour that his house was being burgled. He returned and searched the house and noted a number of items were missing.

“The defendant stashed the goods under a bush nearby. He (the homeowner) left the door open and returned to his car and waited to see if they returned. She did.”

He added that Harris began to cry, revealed where the items were and “asked him not to call the police”.

Amiee Parkes, defending, said: “She was a drug user. The reason she went in the house was to get drugs and to pay for them.

“She was doing as much drugs, cocaine and heroin, as she could afford.”

Judge Paul Farrer KC said: “I accept in some ways yours is a sad case. You came out of prison in April 2021 clean of drugs.

“You became pregnant and gave birth to a little girl. At that stage, your life looked like it might be turning around. But an abusive relationship led to a relapse in class A drug use and in turn led to your daughter being taken from you.

“No doubt that led to you taking more drugs not less. In December last year I am told your mother died. Against that background you were seeking funds to maintain your drug addiction.”