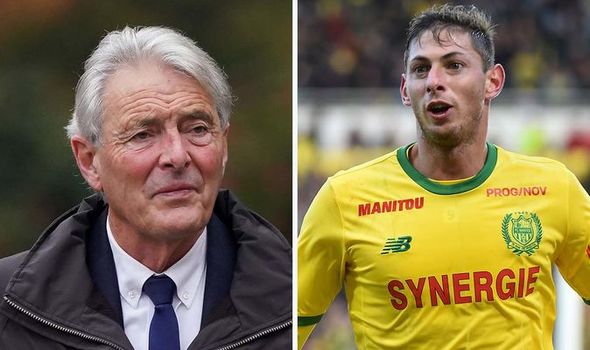 David Henderson, 67, was convicted yesterday by a jury at Cardiff Crown Court. The plane carrying the 28-year-old striker, who had just signed for Cardiff City, crashed into the Channel on January 21, 2019 on its way from Nantes, France, killing Sala and pilot David Ibbotson.

Dad-of-three and former RAF officer Henderson had asked Mr Ibbotson to fly the plane as he was on holiday in Paris.

Mr Ibbotson, 59, did not hold a commercial pilot’s licence, a qualification to fly at night, and his rating to fly the Piper Malibu had expired.

The jury heard how just after finding out the plane had gone down, Henderson texted a number of people telling them to stay silent, warning it would “open a can of worms”.

At the trial he was accused of running “a cowboy outfit”.

Henderson, of Hotham, Yorkshire, had already admitted a separate offence of attempting to discharge a passenger without valid permission or authorisation.

He will be sentenced on November 12 and faces five years in jail for endangering the aircraft and two years for the lesser charge.