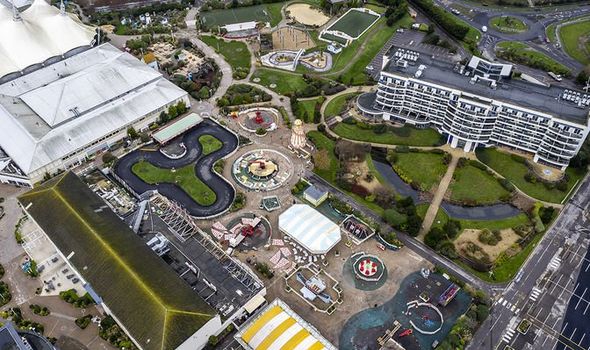 Army bomb squads swooped on the resort in Bognor Regis, West Sussex, this morning and helped remove all tourists from the site. Officers discovered the device shortly afterwards and since carried out a “small controlled explosion,” it is reported.

Roads near the large holiday camp have also been cordoned off while police continue to investigate, Sussex Live reports.

A spokesman for Sussex Police said: “Police have responded to a report of a suspicious device found in the car park of Butlins, Bognor Regis, at about 7.15am on Tuesday October 5.

“Officers are at the scene assisting an evacuation of guests at the hotel as a precautionary measure and a cordon has been put in place.

“Explosive Ordnance Disposal unit are also at the scene investigating the device.”

The resort typically caters for more than 385,000 visitors per year.