The £3 billion warship, carrying eight RAF F35B stealth fighter jets, departed on Saturday for Asia accompanied by six Royal Navy ships, a submarine, 14 naval helicopters and a company of Royal Marines. But campaigners have insisted the 28-week deployment to the Indo-Pacific region by the Carrier Strike Group (CSG) – which will cover 26,000 nautical miles – should be called off.

A letter by the Campaign for Nuclear Disarmament and the Stop the War Coalition – with signatories including Labour MP Diane Abbott, NEU general secretary Kevin Courtney and actor Miriam Margolyes – branded the deployment “utterly wasteful and potentially dangerous”.

The letter, released on Sunday, also insisted the deployment was a “huge misallocation of resources” and an “act of sheer folly”.

It added: “Sending the carrier into the disputed waters of the South China Sea, bearing US fighter jets, can only make conflict with China more likely, and can even escalate the likelihood of accident leading to war with another nuclear-armed state.” 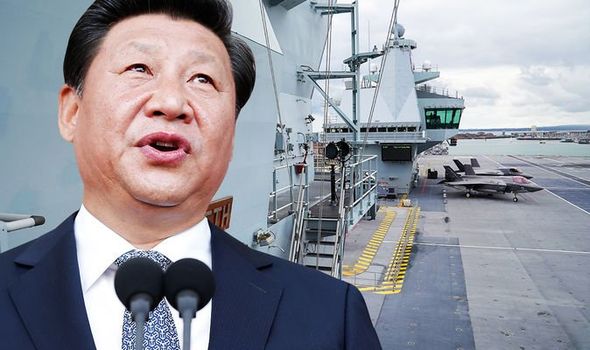 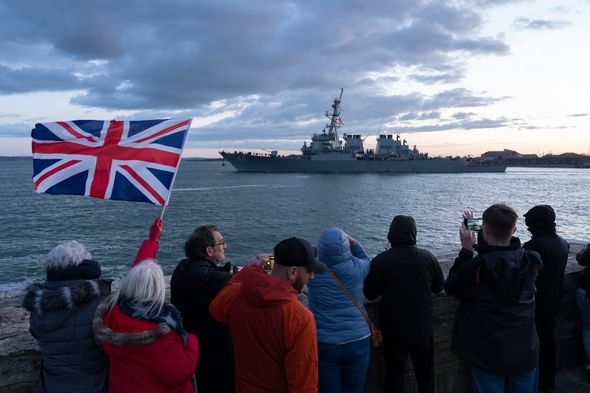 Ms Hudson said: “How well this demonstrates the Government’s warped priorities: spending vast sums on sending a warship halfway round the world while many British children don’t have enough to eat and the NHS struggles to bear the pressures of the pandemic.

“This is a provocative voyage that should be called off.

“Our Government needs to end the military posturing and work with all in the global community to meet the enormous challenges we face.”

Lindsey German, convenor of the Stop the War Coalition, added: “Boris Johnson wants to project a view of global Britain which will only make the world more dangerous. 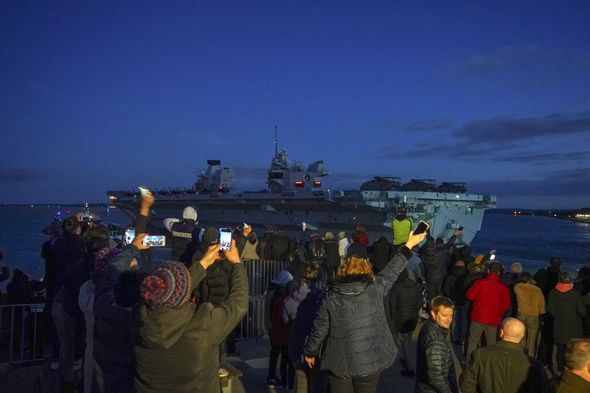 “He promotes militarism abroad while cutting health and education spending at home.

“This deployment is costly and conflict ridden and will bring no benefit.”

Hundreds of people lined the harbour walls to wave off the warship as it set off from Portsmouth Naval Base on Saturday. 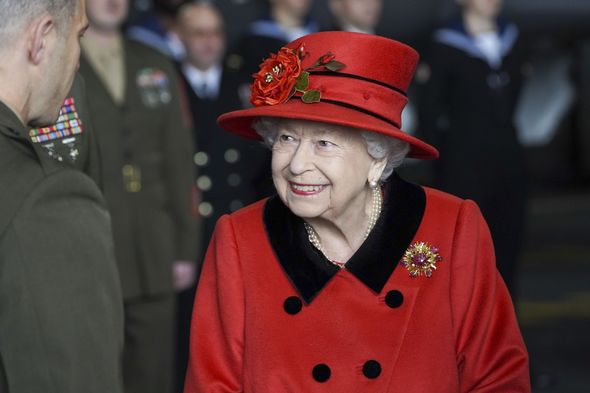 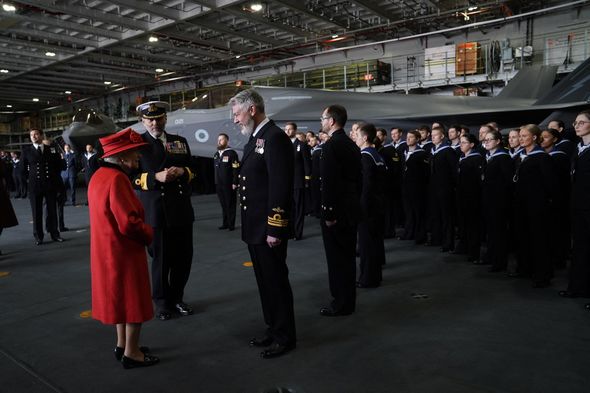 Earlier that day, the Queen flew onboard the 65,000-tonne ship by helicopter while it was still at base to wish the crew well.

Her Majesty was given a briefing on the deployment which will take the CSG through the Mediterranean to the Red Sea then from the Gulf of Aden to the Arabian Sea and Indian Ocean to the Philippine Sea.

The monarch also met some of the 1,700 personnel onboard the carrier which include Royal Navy sailors, Royal Air Force airmen and women, Royal Marines, and 250 United States personnel.

The CSG will carry out visits to 40 countries including India, Japan, South Korea and Singapore with more than 70 engagements including sailing alongside the French carrier Charles De Gaulle in the Mediterranean.

Defence Secretary Ben Wallace said: “This deployment shows that we are strong on our own, but even stronger with our allies.

“I want to join the nation in wishing the crews across the CSG every success as they depart on this truly historic endeavour.”