There are concerns that stop-and-search powers could be extended under a controversial policing bill.

A year after the death of George Floyd in the US, campaigners are calling for an end to all stop-and-search powers in the UK, which let police search people and vehicles for drugs or weapons without a warrant.

Under the Police, Crime, Sentencing And Courts Bill, the government wants to introduce serious violence reduction orders, which would make it easier for police to check people who have been convicted of carrying a knife. 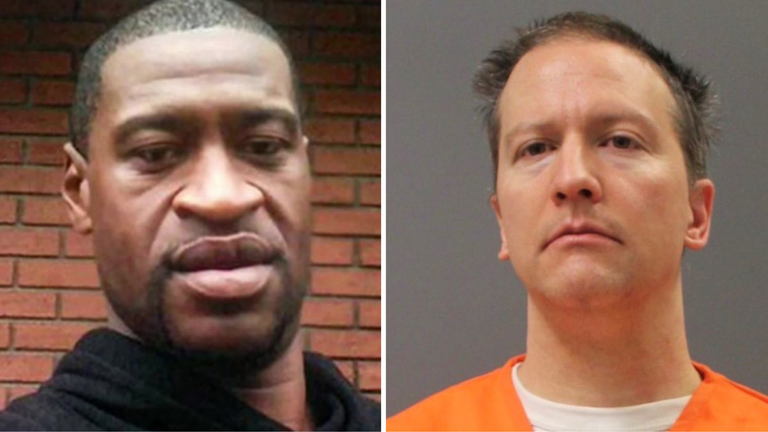 Rachel Harger, a solicitor at law firm Bindmans who has represented people affected by stop and search, said: “All suspicion-less stop-and-search powers have to go and yet we have a government, who instead of listening and engaging with communities raising concerns about these powers, has responded with proposals to increase them.

“Under the new policing bill the police will be able to stop and search individuals, who have previously been convicted of carrying an offensive weapon (even if they have not received a custodial sentence), without reasonable suspicion.”

The organisation said the bill would “extend punishment from prison into the community, and risk further damaging confidence in the police”.

Katrina Ffrench, founder and director of Unjust, which scrutinises policing, said the public could soon see a “morphing” of stop-and-search powers, adding: “If this bill is passed, it is going to get much worse.” 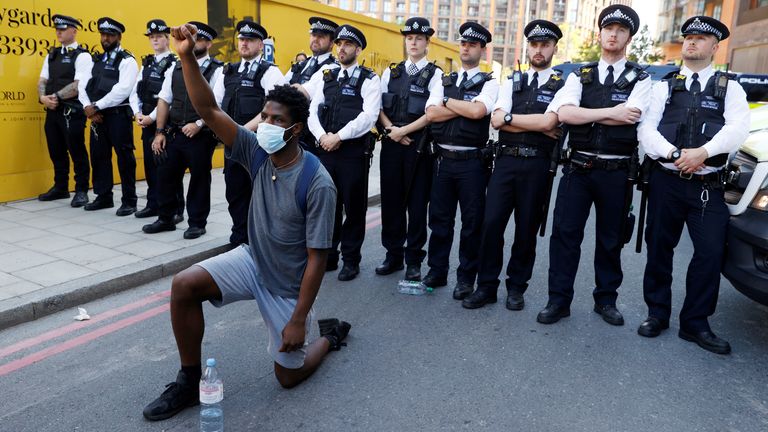 The killing of Mr Floyd, an African American man in Minneapolis, by a white police officer, sparked further debate over the use of stop-and-search powers in Britain.

There have long been concerns that people from black and ethnic minority backgrounds were being disproportionately targeted, something that appears to have been confirmed by Home Office reports.

And in October last year, figures showed the use of stop-and-search had reached its highest in seven years, rising by more than 50% in 12 months.

Ms Harger said she has noticed an increase over the last year, particularly of young black men, approaching her with cases “in which they believe they have been stopped and searched on the basis of their ethnicity”.

She said that, even though officers are bound by equality laws, there is a feeling that they can act with impunity, and that proper scrutiny is “so important”.

Chief constable of West Midlands Police Sir Dave Thompson, chairman of the Police Plan of Action on Inclusion and Race and vice chairman of the National Police Chiefs’ Council, said: “Much has been done to address racism, discrimination and bias where it has been found in policing but we must now go further and faster, because doing the right thing by investing in community confidence will help to keep everyone safe.”

As part of the anniversary coverage of George Floyd’s death, Sky News is showing a 12 minute film presented by Stuart Lawrence – Stephen Lawrence’s brother. Called Stephen and George: The Killings That Inspired a Movement, it will air throughout Tuesday.

And tonight night on Sky Documentaries you can watch a special programme looking at the wider issue of racial equality in the wake of George Floyd’s death.

That’s George Floyd: From Murder to Justice? Tonight on Sky Documentaries, and then on Sky News at Nine O’clock tomorrow