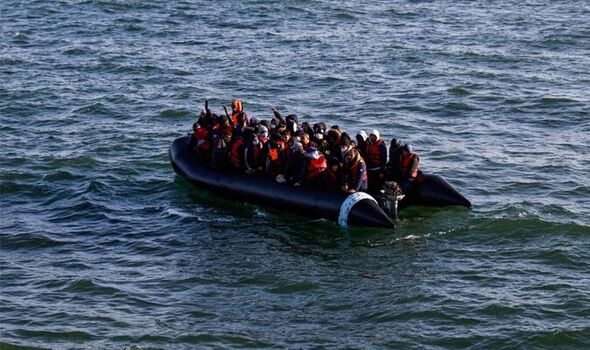 Among the first 60 to arrive were three children and two women. They were seen turning out their pockets before officials scanned them with metal detectors.

A further 70 stepped off at Dover Harbour just before 10am, brought to shore by Border Force cutter Valiant.

A third group of a similar size arrived shortly after noon on board an RNLI lifeboat.

Volunteers could be seen tending to one apparently injured passenger.

A man stood triumphantly with his hands in the air as he was scanned, while another migrant carried an Albanian passport.

The final group arrived after 1pm.

Official Ministry of Defence figures suggest 8,521 migrants have reached Britain by small boat so far this year – with 1,719 arriving in 62 vessels this month alone.

Lord Richard Harrington, Minister for Refugees, said: “The Government has to do what it thinks [is] right to try and stop these people smugglers.”