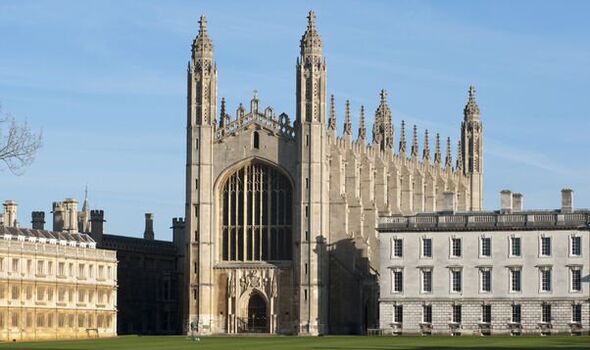 Undergraduates have been warned gory and violent themes in the Bard’s Titus Andronicus might “upset” them.

University chiefs have already been slammed for issuing a content note on children’s books such as Little House On The Prairie for its “stereotypical depictions of Native Americans”.

The Cambridge University Centre for Teaching and Learning has now told staff all books and plays featuring violence, discrimination and illness should carry a warning.

Its advice said: “Students are best prepared to deal with intellectually challenging material when they are enabled to manage any emotional / psychological distress that such material may provoke.”

“Arguments against the use of content notes tend to employ a rhetoric of ‘snowflake students’ wanting to be protected and coddled from the harsh realities of life. In fact, the issue for many students is precisely that they are already well acquainted with those realities; triggering content reflects traumatic events they themselves have experienced.”

But some Cambridge dons have rebelled, saying the content notes involve ideological and political bias.

Dr James Orr, an assistant professor of philosophy of religion, said: “That it [the guidance] exists at all is a reminder of how close we are coming to the coddling of the Cambridge mind. Lecturers are not therapists, students are not patients.”

Historian Prof David Abulafia added: “A university that asks for warnings to be marked with an ‘asterixis’ living in the realms of fantasy as well as illiteracy.”

A Cambridge University spokesman said warnings “can help those who have experienced violence and trauma to engage with their education on an equal footing”.

Meanwhile, Royal Holloway, University of London, feared the depictions of poverty and crime in Charles Dickens’ Oliver Twist could cause students “distress and anxiety”.