Prince William and Kate have shared a heartwarming photograph of themselves and their children for their Christmas card.

Taken in the autumn by photographer Matt Porteous, the image shows the family appearing relaxed and smiling while sitting on a bale of hay.

All are wearing casual clothing and Charlotte has got into the festive spirit with a Christmas jumper. 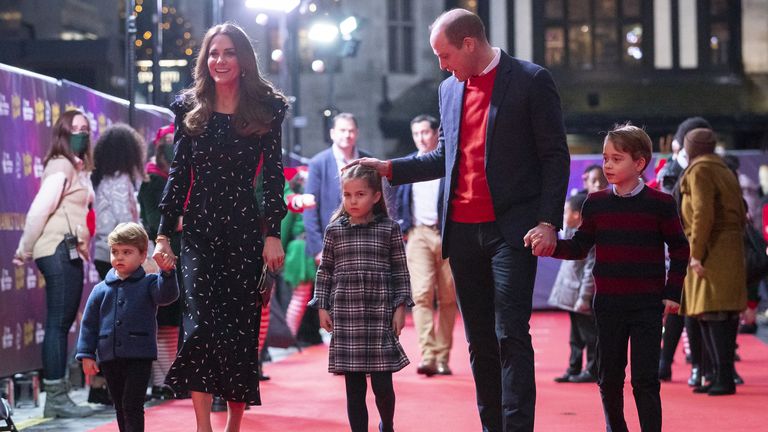 The photograph follows the Cambridges attending a red carpet engagement as a family of five for the first time last week, when they visited the London Palladium for a charity pantomime.

As they arrived for the show, the children stopped to watch actors dressed as elves entertaining guests.

Prince Louis snuggled into his mother as she introduced him to an elf, but all the children were on their best behaviour.

The Duchess of Cambridge has previously spoken out about the challenges of bringing up young children, this year backing the UK’s biggest ever study on raising children under five.

She said the pandemic means “there hasn’t been a more important time to talk about families” and has been keen to get more attention on the early years of childhood.