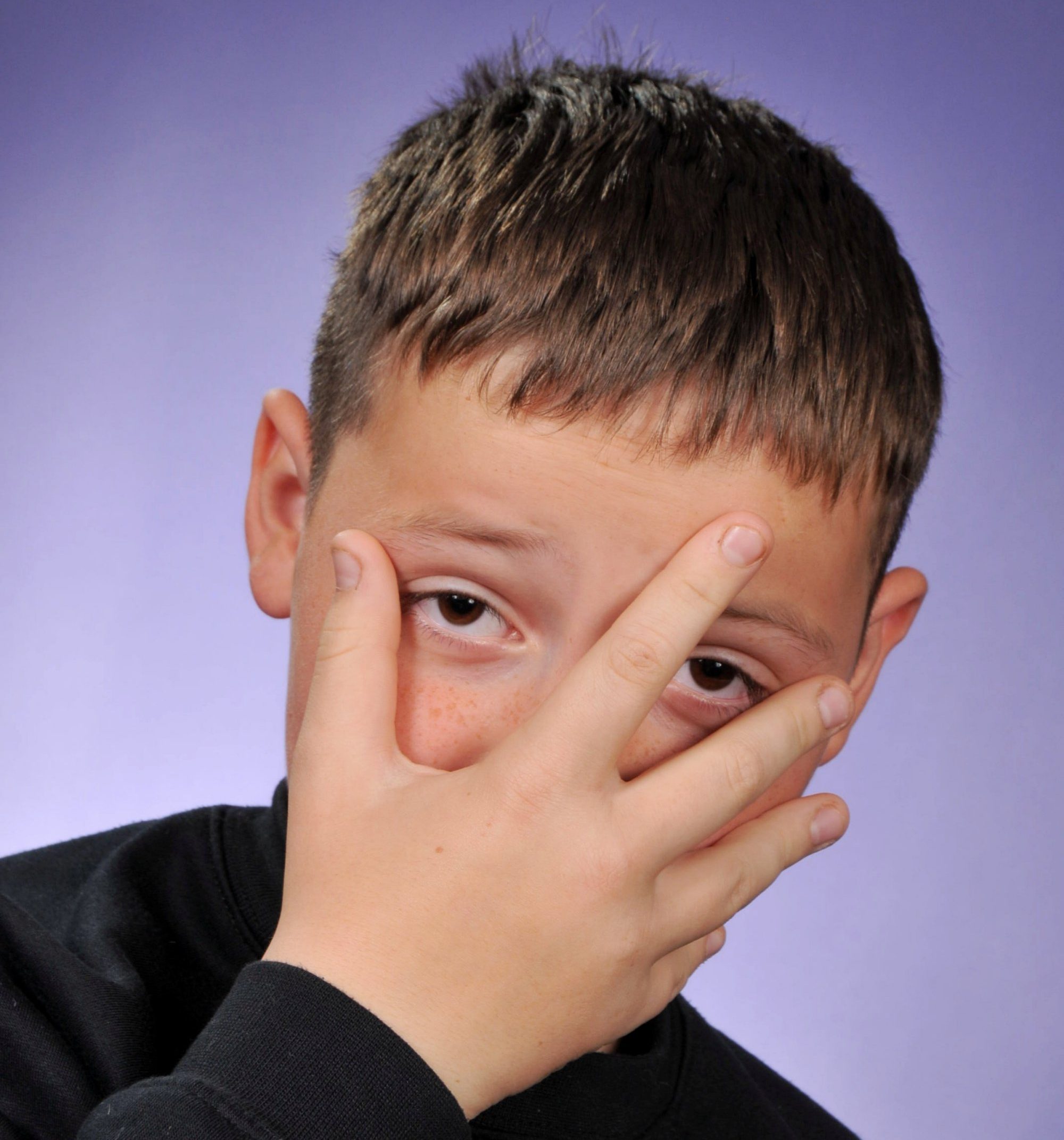 Photographs know plenty of tricks of the trade to try and get a good snap of someone – from ‘say cheese’ to ‘watch the birdie’.

But it doesn’t seem like any of them worked on Robbie Ross, 12, who managed to get away with covering half his face with his hand in his school photo.

His mum Zoe Ross, 40, got a surprise when she opened up the sample images sent to her last week and realised the only one available to buy concealed his face.

But she saw the funny side and bought the picture anyway, saying she will put it on his 18th birthday cake.

‘I burst out laughing as soon as saw it – everyone in the family was laughing,’ bar worker Zoe said.

‘I forgot it had even been photo day until I received the previews.

‘I was thinking at the start “oh no, this is his first year photo, what has he done?”.

‘But we always knew he never liked his photo being taken – so now I’m just seeing it as one to keep.’

She said Robbie, from Clermiston in Edinburgh, ‘likes to be funny and random – he’s very confident and he’s always been like that!’

Even so, he managed to get a very memorable image that shows his personality – and we reckon it’s one for the mantelpiece.