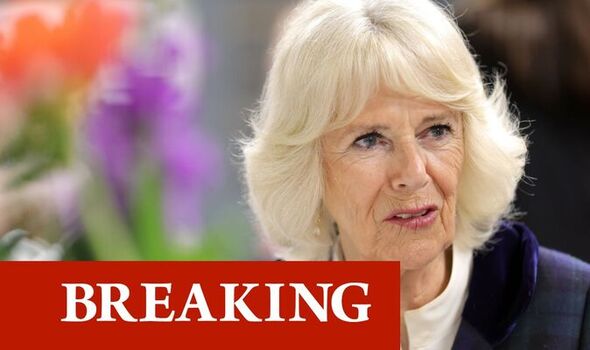 Camilla has taken up the role of the Royal Patron for Book Aid International.

Each year the charity provides over one million new books to refugee camps, schools, community libraries, prisons and hospitals around the world.

Book Aid International’s Chair, Dr Alice Prochaska said: “Her Royal Highness is a powerful advocate for the importance of books for everyone.

“It is especially meaningful and a very great honour that she has become our Patron as we start this new chapter in our story.”

The Duchess first saw the impact of Book Aid International in 2018 on a trip to Gambia.

During the trip she opened a new library at St. Joseph’s School in Banjul, supported by the charity.

Love from Camilla’s fans is already pouring in over the news.

@CountessCommon1 responded by saying: “Fantastic news and such great synergy with the Duchess’ passion for reading.

“Would be great to see collaboration in her reading room.

Prince Philip had been patron of the charity since 1966 until his death last year, supporting them for over 50 years.

The Duke of Edinburgh visited the charity’s London warehouse, was present at a number of its events and was himself a great book lover.

The charity’s Vice Patron, Lord Paul Boateng, said: “I saw the impact at first hand of His Royal Highness Prince Philips’ Patronage on Book Aid International and its work, and I am glad that our proud history of Royal Patronage will now continue.

“We are grateful and honoured by Her Royal Highness The Duchess of Cornwall’s support and hugely appreciative of her own work in furthering the love of books and writing in the Commonwealth and beyond.”

On 21 March 2017, the Duke met with the charity and it’s supporters in St James’ Palace to discuss the impact of books on people’s lives.

The charity’s chair Lord Boateng said of Prince Philip: “His was a keen intelligence that had been in a childhood fed by books and he wanted others to have that opportunity.

“He was an active and intelligent man who might have lived a life of ease but instead he took life by the scruff of the neck and helped others to do likewise.

“There are countless people throughout the world who are the better for their encounter with him and the organisations he supported.”