Camilla made the joke amid the ongoing gender identity debate over whether or not people should be addressed by preferred pronouns. She made the light-hearted joke at a lunch to celebrate her 75th birthday thrown by The Oldie magazine.

It prompted an outburst of laughter from her guests but is sure to leave some activists unhappy.

Clarence House said it was up to others to interpret her remark but aides suggested it was in keeping with the ‘irreverent’ spirit of the lunch, hosted by her friend presenter and author, Gyles Brandreth.

The annual event at the National Liberal Club was attended by 120 guests, including Dame Joanna Lumley, Lord Lloyd Webber, and actors Jeremy Irons and Nigel Havers. 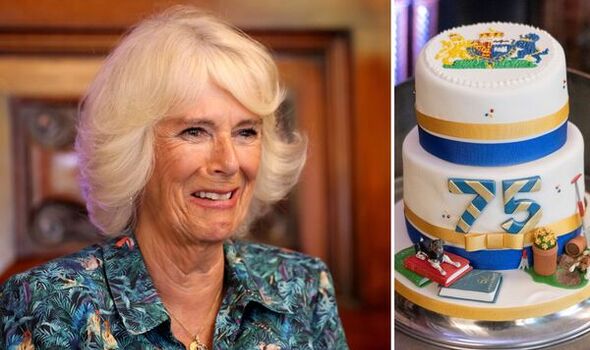 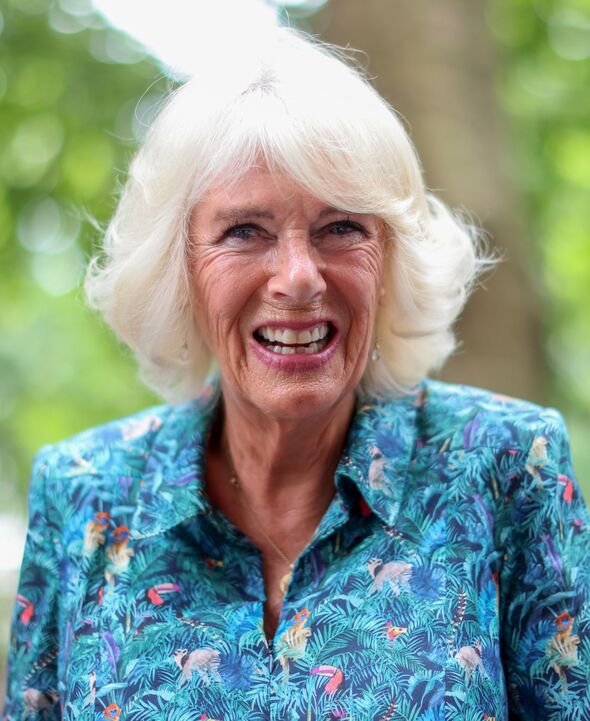 The Duchess vowed to follow Prince Philip’s example in her approach to future royal duties.

She said: “The Duke of Edinburgh’s philosophy was clear: ‘Look up and look out, say less, do more – and get on with the job’ – and that is just what I intend to do. You might not believe it, but I have actually been trying to keep quiet about reaching three quarters of a century – and, as you see, have failed dismally.”

Referring to her year of birth she said: “I know that some of you were around in 1947 – by the way, a vintage year for claret.

“It was also the year when the first of the Ealing Comedies was released, the school leaving age was raised to 15, Gardeners’ Question Time was first broadcast, the University of Cambridge admitted women to full membership and soft loo paper went on sale for the first time, in Harrods – much to the nation’s relief. 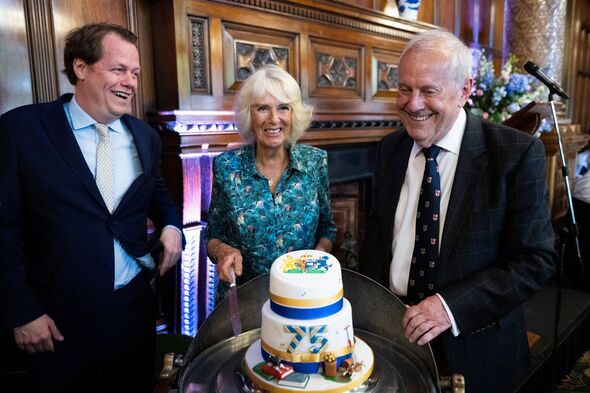 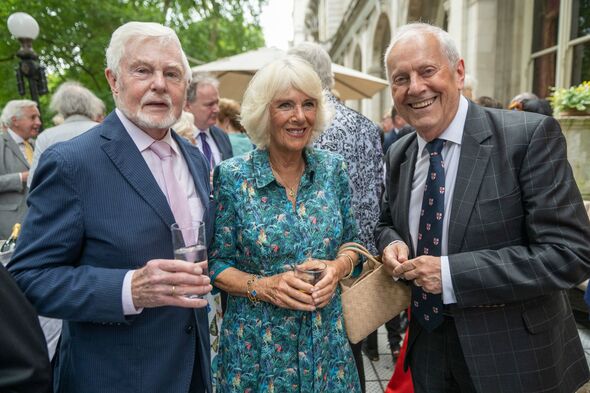 “It was also in 1947 that the then-Princess Elizabeth married Lieutenant Philip Mountbatten – two of the most remarkable people in our country’s history.

“Both he and Her Majesty have always been the very touchstone of what it truly means to ‘get on with the job’, and an inspiration to each one of us here to do the same, whatever our age.”

Opera singer Sir Willard White, 75, led the guests in singing Happy Birthday to Camilla, before her son, Tom Parker Bowles, and her granddaughter, Lola, wheeled in an Earl Grey tea and dark chocolate truffle cake that was shared with Chelsea Pensioneers. 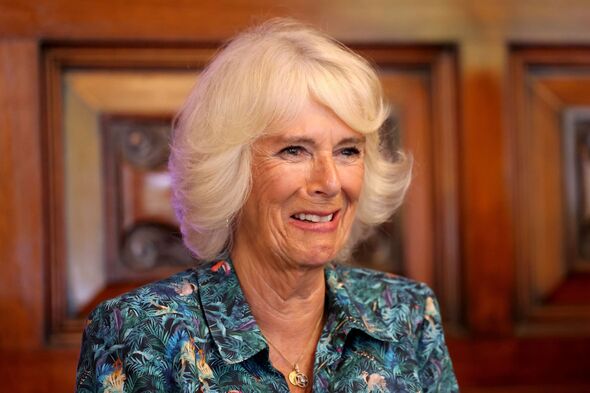 The beautifully decorated cake was covered in symbols from her life, including her coat of arms, her Jack Russells, her racing covers and her much-loved books.

Camilla, who will celebrate her birthday on Sunday, was seen wearing a stunning tie-up teal dress paired with a simple nude handbag and matching high-heeled shoes.

She accessorised with a Van Cleef & Arpels bracelet worth £3,950.