Her comments were the first from the Royal Family since Philip, 99, was moved to St Bartholomew’s Hospital in the City of London on Monday. The nation’s longest-serving consort has now spent 16 nights in hospital – his longest stay. He is having tests for a known heart condition and treatment for an undisclosed infection. The hospital move heightened concerns for the Duke, who will turn 100 in June. 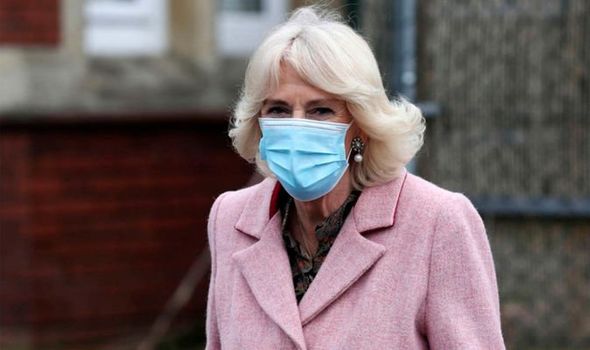 Philip was shielded from public view with umbrellas as he left for St Bartholomew’s, which is an internationally renowned NHS hospital and home to Barts Heart Centre – Europe’s largest specialised cardiovascular service. At the time, Buckingham Palace described Philip’s condition as comfortable.

He was initially admitted to the private King Edward VII’s Hospital, Marylebone, on February 16.

Four days later he was visited by son Prince Charles, who made a 200-mile round trip from Highgrove and stayed 30 minutes.

The Queen and the Duke, who have been married for 73 years, received their Covid-19 jabs at Windsor Castle, Berks, in January.