Charles and Camilla arrive for dinner with Commonwealth leaders

Ahead of Camilla’s wedding to Prince Charles, Mark Bolland, a former Clarence House adviser, wrote in The Times: “A member of her family once described her to me as the ‘laziest woman to have been born in England in the 20th century’.

“That is not going to change… she has never worked in her life and is terrified of being on public display.”

However, Camilla’s dedication to the Royal Family over the last 17 years has not gone unnoticed.

In February 2022, Queen Elizabeth II announced her wish for Camilla to be known as Queen Consort when Prince Charles takes the throne. 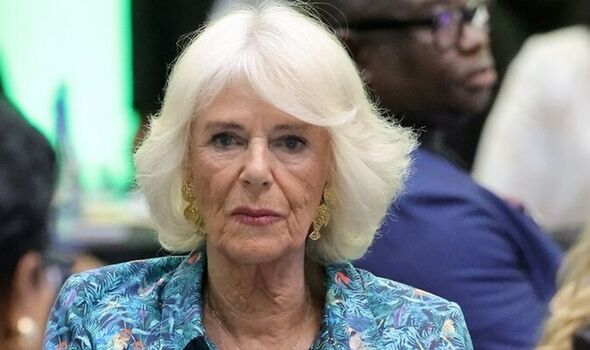 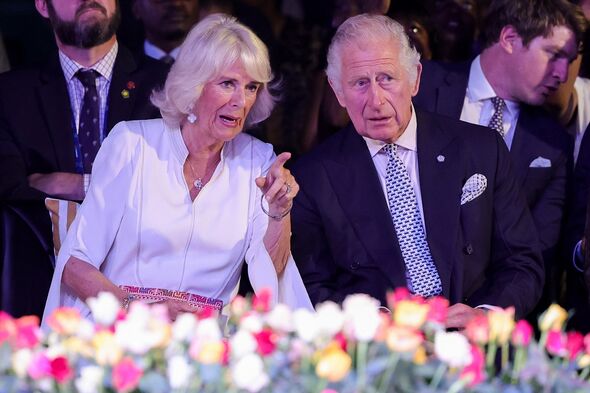 In a statement, the monarch said: “When, in the fullness of time, my son Charles becomes King, I know you will give him and his wife Camilla the same support that you have given me; and it is my sincere wish that, when that time comes, Camilla will be known as Queen Consort as she continues her own loyal service.”

Camilla’s work for the Royal Family was also praised last month when a senior aide at Clarence House gave a report on Duke and Duchess of Cornwall’s work and spending during the last financial year.

He said: “To quote The Queen herself, the Duchess of Cornwall’s own loyal service also continued, as Her Royal Highness became Patron of the British Forces Broadcasting Service and, taking the mantle from The late Duke of Edinburgh, delivered her first speech as Colonel-in-Chief of the Rifles.”

The aide added: “Of course, I need hardly remind you that The Queen — in a moving recognition of The Duchess’s work, service, and indeed her support for The Prince — expressed her view that The Duchess should, in the fullness of time, be known as Queen Consort.”

As Prince Charles holds the title of Prince of Wales, Camilla could have had another royal title.

However, Clarence House has always stated Camilla would not take on the title of Princess of Wales as a tribute to the late Princess Diana. 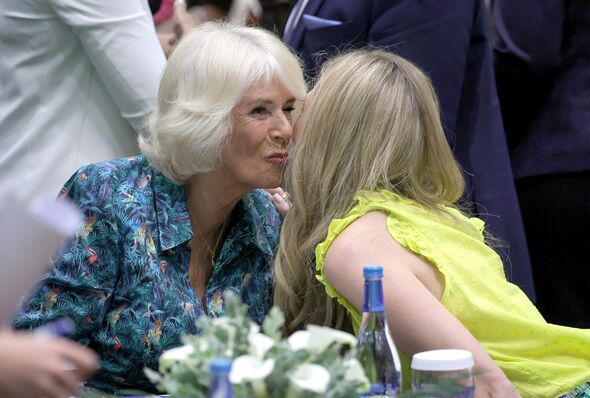 On New Year’s Eve, the Queen also honoured Camilla by formally investing her into the Order of the Garter, the oldest and most important order of chivalry in the British honour system.

The Duchess of Cornwall was spotted with Carrie Johnson at a domestic violence event during the trip.

Camilla has campaigned fiercely to raise awareness of Domestic Violence and works closely with a number of charities regarding the issue.