It has been reported that Camilla, the Queen Consort, does not believe family members should be abandoned amid an intense feud between the core Royal Family and the Duke and Duchess of Sussex. Royal author Angela Levin claimed the Queen Consort believed the door should be left “open” for Prince Harry and Meghan Markle to make their return as working royals if they so wish. The news comes after the Duke and Duchess of Sussex appeared alongside working royals during the ten day mourning period for the late Queen Elizabeth, as well as throughout her state funeral service. Tensions concerning Prince Harry and Meghan could soon peak again with fresh revelations as the Prince is set to release a memoir of his royal life and the Duchess has resumed her Spotify podcast series.

Speaking on GB News, Ms Levin claimed: “Her [Camilla’s] belief is you never ditch your family – you always leave the door open so if they want to come back they can.

“I think that’s a very important feeling that she has.

“But, I think they have got to have respect, Harry and Meghan have got to change their way of doing things. They haven’t got to think about me, me, me.”

Discussing Camilla’s approach, Ms Levin added: “I think she understands, as a parent, that you can love your child but really not like what they’re doing.” 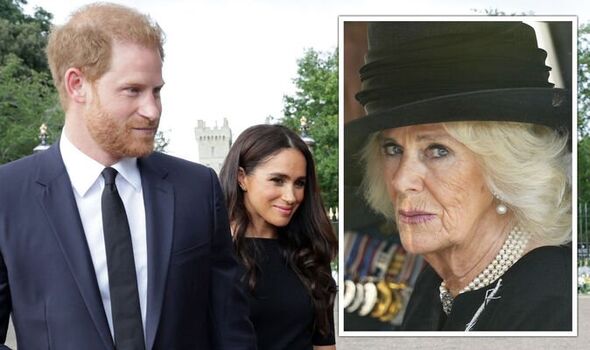 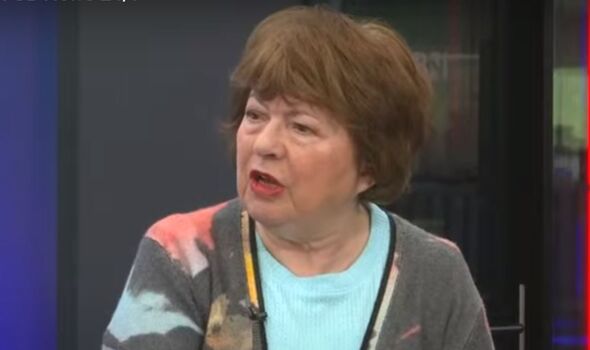 The royal author slammed a recent collection of official portrait photos released by the Duke and Duchess of Sussex as an example of an activity that has contributed to the family tensions.

She said: “This nonsense about whatever the real Royal Family do, they try and copy it.”

Discussing one of the photos, Ms Levin said: “The one in black and white, if you just look at the top, is exactly the same as the King and Queen for a stamp.”

The portrait release came just a day after Buckingham Palace released a photo of King Charles and Camilla alongside the Prince and Princess of Wales.

Concluding her opinions of Prince Harry and Meghan, Ms Levin said: “I think they want to smash and crash the Royal Family, as we know it, to pieces.” 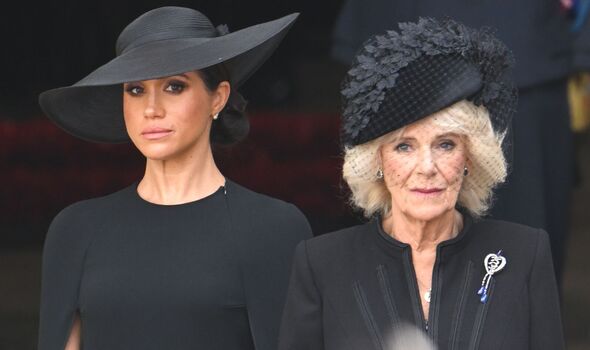 Since their step back from royal duties in 2020, the Duke and Duchess of Sussex have maintained a position in the public spotlight following a series of controversial media engagements.

Perhaps most notable was their 2021 tell-all interview with Oprah Winfrey, in which the couple levelled a slew of serious allegations against members of the Royal Family.

Prince Harry discussed his relationship with his father, now King Charles, and claimed the pair had remained distant after communications broke down during a period when his father stopped taking his calls.

The Duke of Sussex claimed he felt “let down” by his royal relatives and asserted there was “a lot to work through” before the relationship steadied. 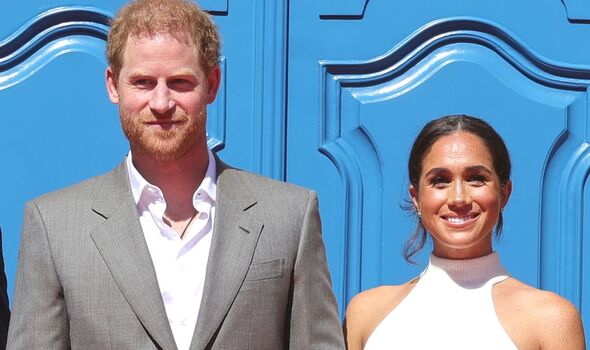 With Prince Harry’s memoir set to be released this autumn, additional revelations regarding his personal life could add fuel to the fire.

Speaking of the book, Prince Harry said: “I’m writing this not as the prince I was born but as the man I have become.”

Meghan Markle has also sparked her own controversy following an interview with New York magazine The Cut. The Duchess claimed: “I’ve never had to sign anything that restricts me from talking. I can talk about my whole experience and make a choice not to.”

The Duchess has already discussed the strain of royal life within the Spotify series after she revealed details of a fire in her son’s room during a royal tour of South Africa.

Read next:
Meghan and Harry told to leave California as they search for ‘privacy’
Meghan and Harry ‘still equally famous’ if King strips Sussex style
Archie and Lilibet ‘wouldn’t get HRH’ regardless of titles
‘Harry and Meghan put spotlight on them!’ Expert says on media row
Meghan and Harry’s Foundation contributes to £900k charity donation