Having originally been a more opinion-splitting figure when her relationship with King Charles began, Camilla, Queen Consort, is now a central figure within the Royal Family. A new book has looked at how Camilla sought to build relationships with the royals over the years, including the Prince and Princess of Wales’ children. While Camilla is a step-grandmother to Prince George, Princess Charlotte and Prince Louis, a royal expert says that the Queen Consort has avoided becoming too involved in their lives.

Writing in her new book Camilla: From Outcast to Queen Consort, Angela Levin explains how Camilla has handled various figures in the Royal Family.

She said: “William and Harry were 23 and 20 respectively when Camilla officially became their step-mother in 2005. She was more of a friendly grown-up they saw occasionally at royal gatherings. She tried to be encouraging rather than influential.

“Nor has she tried to take over any responsibility as a step-grandmother to the Cambridges’ children, Prince George, Princess Charlotte and Prince Louis, especially as Catherine’s parents, Carole and Michael Middleton, are so close.”

Amanda MacManus, who has been a loyal friend, ally and private secretary to Camilla for almost 25 years, was also quoted in the book. She shed light on why Camilla took this approach. 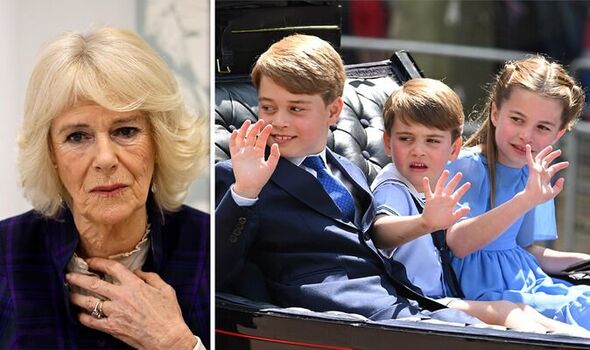 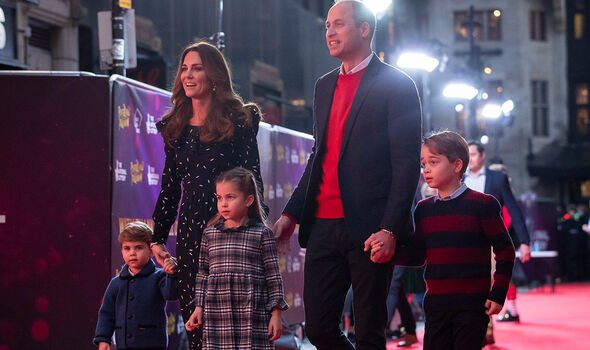 Ms MacManus said: “Her Royal Highness is very warm so I imagine it would all be quite good. She has her own children and grandchildren so she wouldn’t try and take other children away from anyone else.

Ms Levin also outlined in her book how Prince William had indicated that Camilla is not their step-grandmother: “Having them around is more like having a bonus. She loves children and the more the merrier.

“William has made it clear that Camilla is the wife of his father, but not a step-grandmother to his children”. The book adds that the children have “two grandfathers but only one grandmother.” 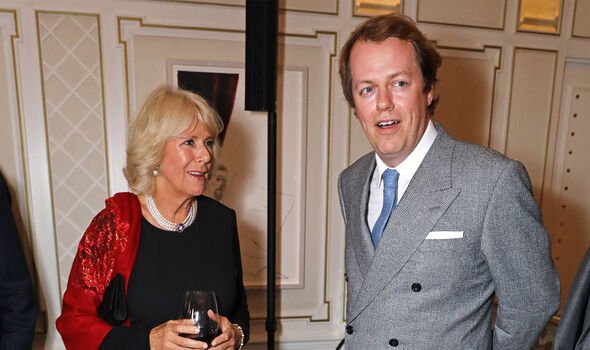 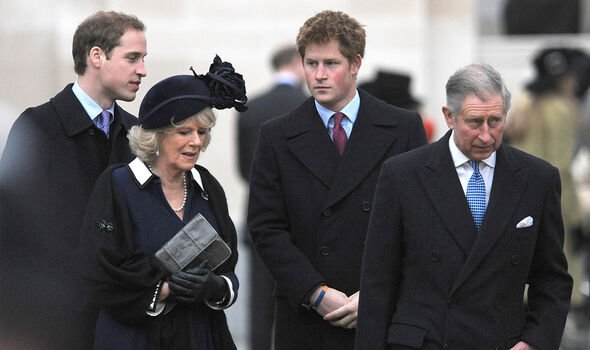 She was born in 2002, and Camilla revealed in a recent interview with British Vogue that Lola is a fan of Wordle: “I do Wordle every day with my granddaughter. She’ll text me to say, ‘I’ve done it in three’, and I say, ‘Sorry, I’ve done it in two today.’ It’s very satisfactory when it tells you how brilliant you are.”

A year younger than Lola is Camilla’s second-eldest grandchild, Eilza Lopes, the daughter of Camilla’s daughter Laura Lopes and her husband Harry Lopes.

In the British Vogue interview, Camilla talked about some of the challenges of having granddaughters. She said: “The girls are beginning to get into clothes and make-up and, you know, it’s rather frightening when you see them, coming out with pierced ears and a lot of new make-up and funny-coloured hair and stuff.”

Camilla also revealed that she occasionally picks up one of the girls from her school near the Queen Consort’s home in Wiltshire.

In 2009, Laura and Harry Lopes’ twins, Louis and Gus, were born. Camilla’s fifth grandchild, Freddy, is the youngest. Camilla told British Vogue that she regularly texts with her grandkids, adding: “It’s very nice getting a text. We learn from very young people and they learn from us, too. That’s the way it’s always been.”

Camilla: From Outcast to Queen Consort is published by Simon & Schuster UK and is available to purchase here.