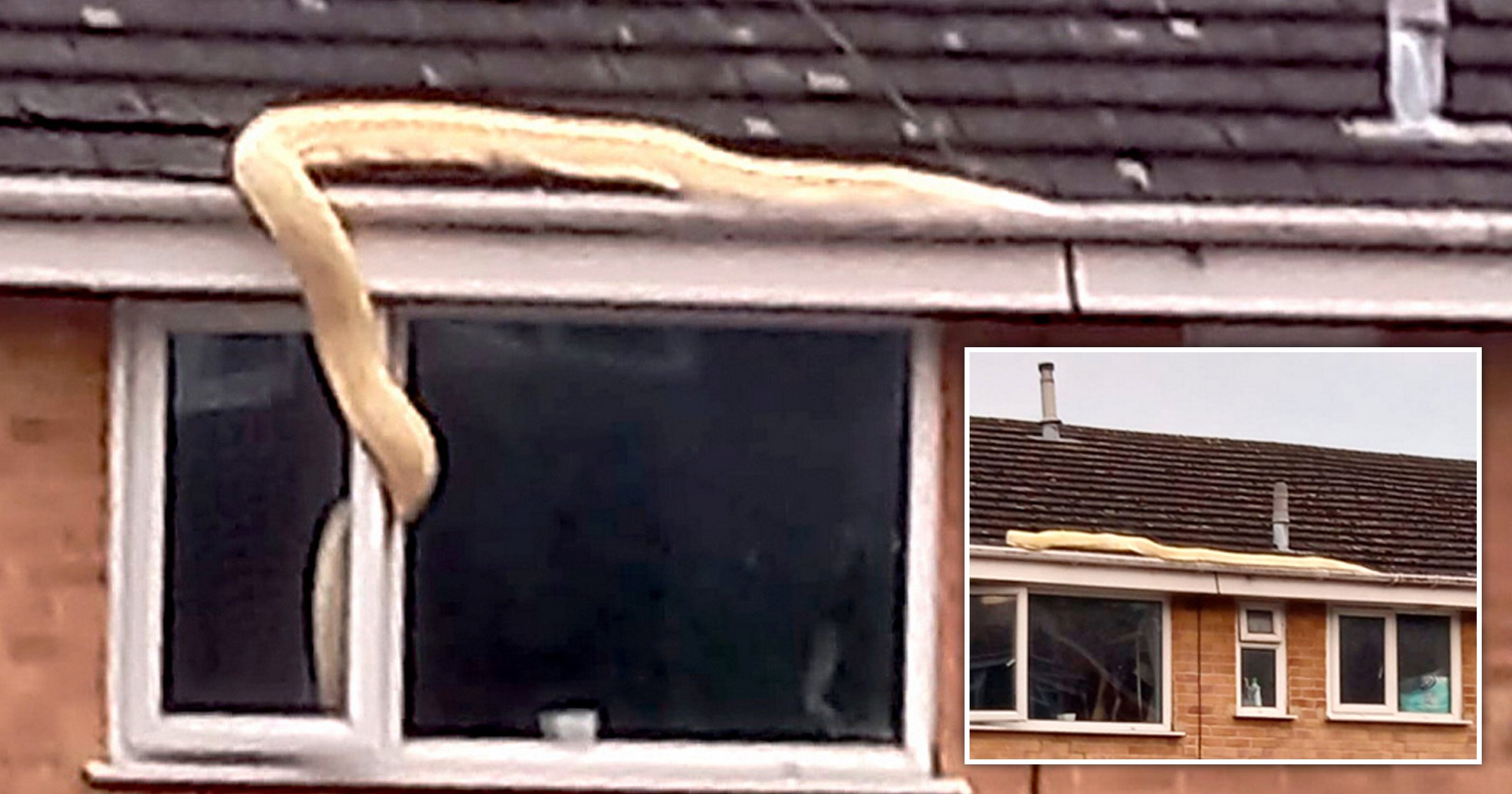 A man has called for large snakes to be ‘forbidden’ from homes in the UK.

The recent escape of an 18ft long python in Chandler’s Ford near Southampton, went viral this week.

To the shock of locals, the serpent had ended up slithering over the roof of a home before it was batted down with a broom.

John Williams, 30, has responded with similar shock, and has now taken matters into his own hands.

He says the escape of the snake was a ‘horrific’ and could have had scarier consequences.

‘My friends live in Chandler’s Ford and that is why I am so concerned,’ he told the Southern Daily Echo.

‘I think it is a disgrace. Snakes that big should be kept under constant control, I have always thought this.

‘Who needs a snake that size? It’s in a terraced house in the middle of a residential area – it’s horrific.’

John had seen the original story about the snake in the Daily Echo and immediately felt ‘scared for myself, for my family and for other people, especially pets and children’.

His petition suggests a wide range of suggestions for lawmakers in Britain.

‘Extremely large’ snakes, such as the escaped python in Hampshire, should be ‘forbidden’ from being kept as pets, he says.

John believes they belong in zoos, not homes.

He suggests all owners of large snakes should registered with their local council, the police and the RSPCA.

The 30-year-old says they should be legally recognised as ‘potentially dangerous to humans and other animals’.

His petition adds: ‘Some types of houses must be excluded from the list of property where such a reptile can be kept as a pet: a flat in a block of flats; a terraced or semi-detached house; basically any where there are neighbours behind the wall.

‘Neighbours with babies and children or fragile adults like elderly or invalids (also with animals eg farmers) should have right to OBJECT and disallow their neighbours in radius of 50 yd from keeping large snakes.’

His petition, currently with 32 signatures, can be found here.