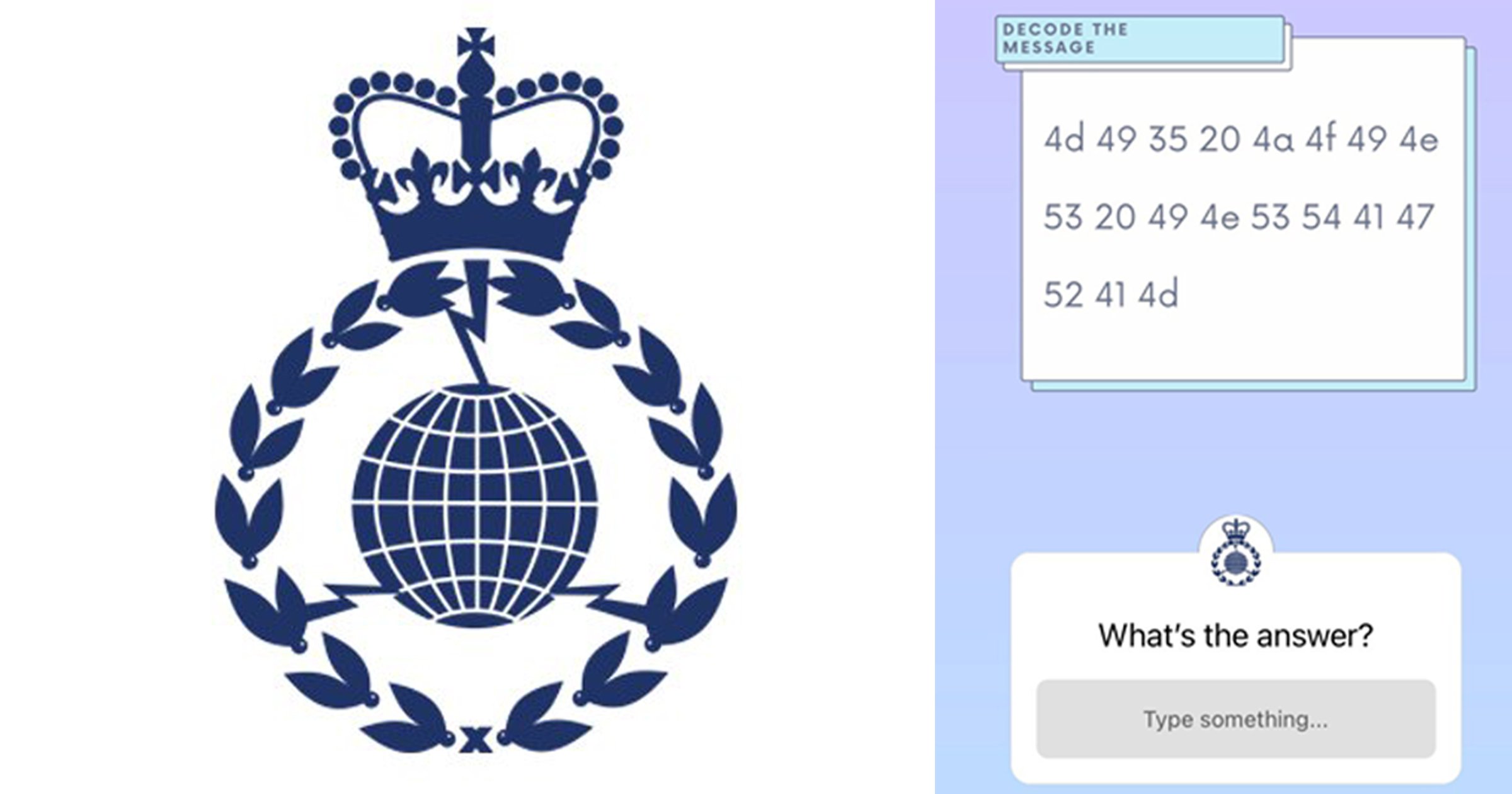 Update: Scroll down to see the answer…

What does that list of numbers and letters on the right hand side of the picture mean to you?

We’re looking at it, and… there are a lot of numbers in the forties and fifties, and quite a few 4ds and 4es.

So perhaps we can extrapolate that a spy will be sitting down on one side of the River Thames at 4pm with a briefcase full of money and secret files.

Probably not – as we are not maths whizzes who have brains like supercomputers, so just made that up.

But some people are, and they are the ones that GCHQ wants to recruit.

The government organisation, Government Communications Headquarters, is responsible for intelligence and security in the UK.

They aim to disrupt threats to the country such as terrorism and cyber warfare by using technology and coding.

The official GCHQ Instagram page posted the puzzle on its Stories, saying: ‘Decode the message’.

There is a box underneath for people to type their answer, which will be sent to them.

As stories on Instagram disappear within 24 hours, if you want to guess you had better get going!

Do let us know if you mange to crack the code.

Meanwhile, we’ll stick to our Sudoku.

Meghan and Harry: Palace ‘let them get on with it’ says expert When you subscribe we will use the information you provide to send you…