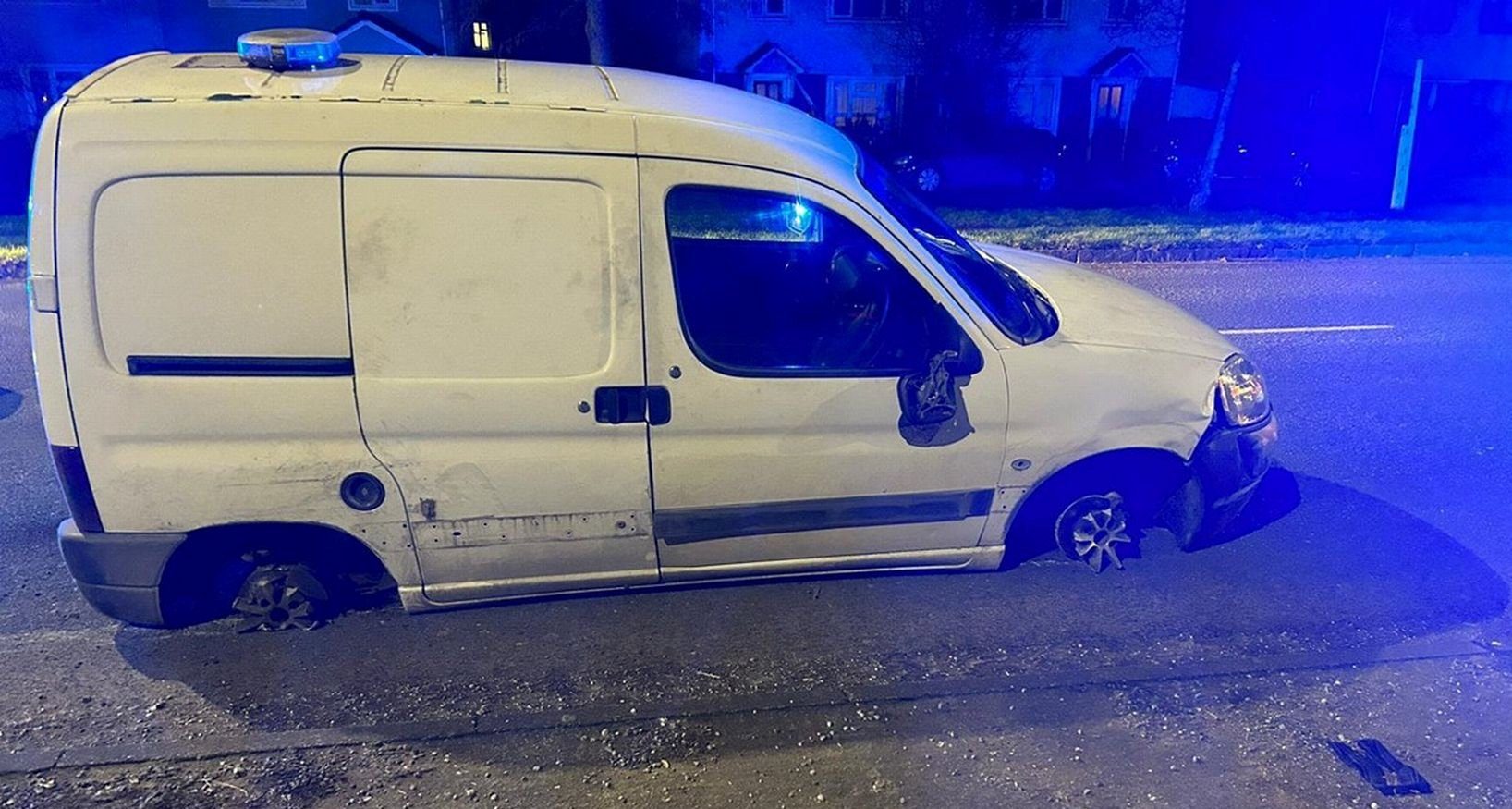 A van was missing something very important as it was chased by police in a not so hot pursuit.

Yes, it didn’t have any wheels.

Traffic cops were alerted by shocked onlookers in Bristol last night after they spotted sparks flying from the van.

It didn’t take them long to catch up with the driver on the Portway road, eventually arresting him after a ‘short pursuit’.

Officers suspect the driver was unfit to drive after taking prescription medication.

‘Calls from the public this evening regarding a vehicle travelling on the Portway #Bristol with sparks coming from it!’ the force tweeted.

‘Vehicle located, FTS [fail to stop] but after a short pursuit driver arrested for dangerous driving including driving whilst unfit through drugs (medication).’

It predictably sparked a flurry of jokes on Twitter, with people saying they thought the van was ‘stuck in the mud’ at first glance.

Keith Kitchener said: ‘That’s a shed on wheels by looks of it.’

Tim Lewis added: ‘How did it make it anywhere?!?!? Highways need to stick him with a massive bill for resurfacing numerous roads now as well.’

Martyn James sarcastically pointed out the driver ‘can’t get done for defective tyres’ at least.