Andrew Neil says GB News is 'proud to be British'

Express.co.uk readers can vote in our poll on whether they will boycott brands who have withdrawn their adverts on GB News. And let us know more about what you think in the comments section.

Our poll comes as multiple brands have pulled their adverts from the upstart channel – which promises to take on cancel culture – following its launch on Sunday.

Ikea, Kopparberg and Octopus Energy are among companies who have withdrawn advertising from veteran broadcaster Andrew Neil’s channel.

Swedish furniture giant Ikea said it had “not knowingly” advertised on GB News.

It added: “We are in the process of investigating how this may have occurred to ensure it won’t happen again in future, and have suspended paid display advertising in the meantime.” 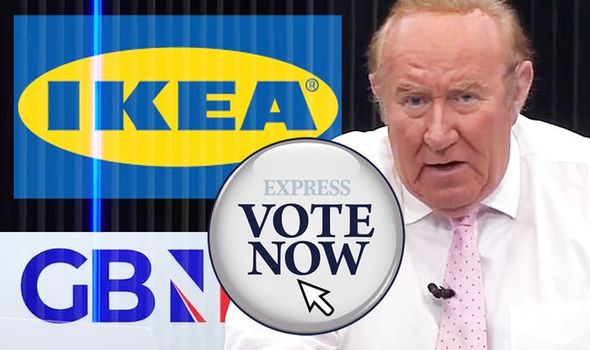 In its statement, cider firm Kopparberg also said it was unaware its adverts were running on the network and added that they had been suspended “pending further review of its content”.

Octopus Energy said it would only advertise with GB News if it proved to be “genuinely balanced”.

Mr Neil, widely regarded as TV’s toughest interviewer, hit back at Ikea over its move to stop its adverts on the channel. 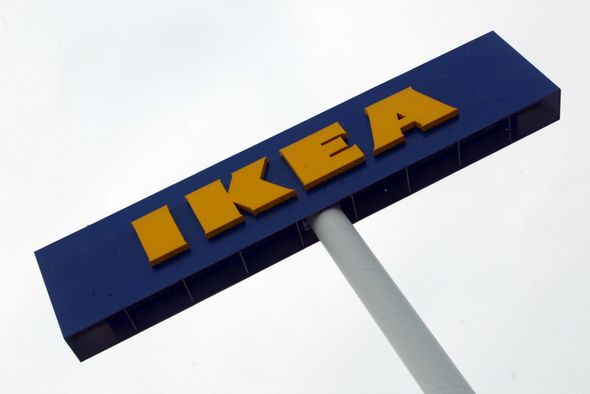 He took to Twitter to share an article about the company’s French arm being fined £1 million and its CEO handed a two-year suspended sentence after it spied on employees for three years.

Mr Neil said: “IKEA has decided to boycott GB News because of our alleged values.

“Here are IKEA’s values – a French CEO who is a criminal with a two year suspended jail sentence for spying on staff.”

Piers Morgan, who has been linked to GB News following his departure from Good Morning Britain, also responded to Ikea and claimed he would now boycott them. 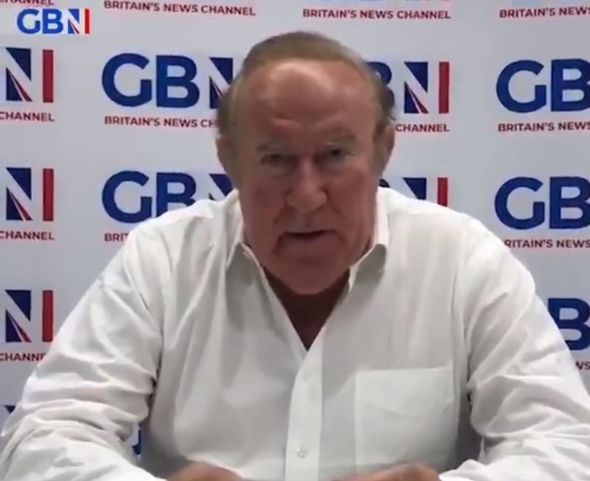 She tweeted: “I never liked Kopparberg. It is hardly cider. It’s an overly sweet, additive-laden nonsense that any West Country babber finds deeply insulting to the very concept of cider. You aren’t losing a customer here. Just saying.”

She said on Twitter: “People with really sad lives are now trying to remove advertising from GB News because some of the presenters don’t regurgitate metropolitan liberal talking points.”

In his opening monologue, ex-BBC political interviewer Mr Neil said the channel will “puncture the pomposity of our elites in politics, business, media and academia and expose the growing promotion of cancel culture for the threat to free speech and democracy that it is”.