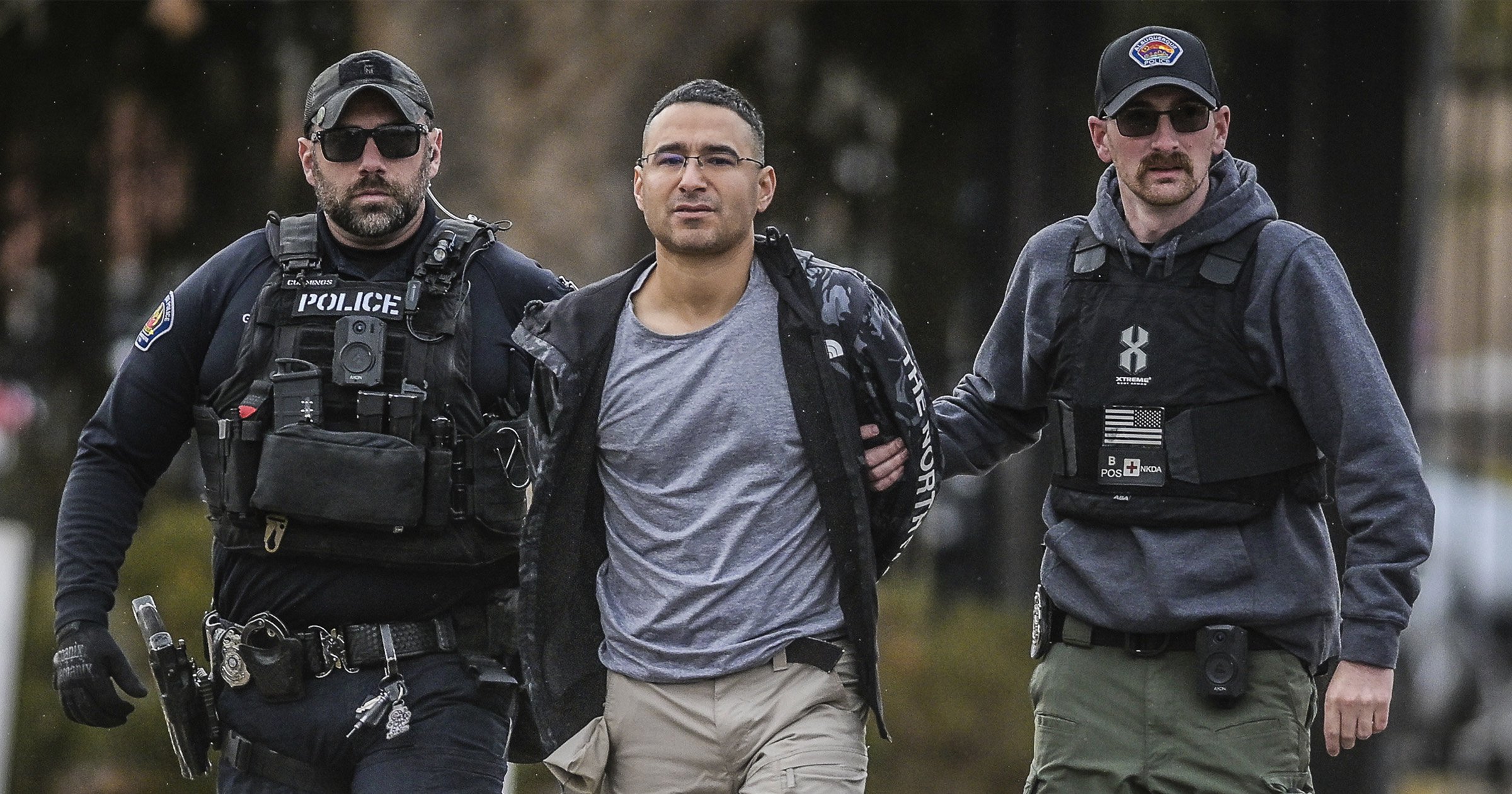 A former Republican political candidate in New Mexico was arrested on Monday and charged with planning a series of shootings at the homes of local Democratic politicians, police said.

Solomon Pena, the former GOP candidate for a seat in the New Mexico House of Representatives, was taken into custody at his home by a SWAT team last night.

Police say Pena was the ‘mastermind’ behind the attacks on the homes of current and former Democratic politicians in Albuquerque and Bernalillo County.

After his loss in November, police say Pena began showing up at the homes of his political rivals, claiming he had evidence of election fraud. Law enforcement says the attacks began shortly after these confrontations.

The first attack was at the home of Bernalillo County Commissioner Adriann Barboa on December 4. Eight shots were fired into the newly-elected commissioner’s home from a car on the street.

The second took place at the home of New Mexico House Speaker Javier Martinez on December 8. Another shooting of more than a dozen rounds happened at the home of outgoing Bernalillo County Commissioner Debbie O’Malley on December 13, and the last occurred on January 3 at the home of State Senator Linda Lopez.

Nobody was hurt in any of the attacks, but Senator Lopez said three bullets entered her 10-year-old daughter’s bedroom.

Just hours after the shooting at Lopez’s home, police arrested a suspect, later identified as Jose Trujillo, on an outstanding warrant. Trujillo had two firearms and over 800 fentanyl pills in his car.

Using technology and a law enforcement partnership with the Bureau of Alcohol, Tobacco, and Firearms (ATF),

‘Within days, we got a hit that the firearm recovered that day matched the firearm used in the Lopez shooting,’ Albuquerque Police Chief Harold Medina said.

Investigators then discovered the car Trujillo was driving was registered to Pena.

‘Solomon Pena reached out and contracted someone for an amount of cash money to commit at least two of these shootings,’ Albuquerque Police Deputy Commander Kyle Hartsock said. ‘The addresses of these shootings were communicated over phone, within hours in one case, the shooting took place at the lawmaker’s home.’

Investigators believe at least five people are tied to the conspiracy.

‘We’re still investigating whether they were even aware who these targets were,’ Hartsock said. ‘On the last shooting, we now have evidence that Pena himself went on this shooting and actually pulled the trigger on at least one of the firearms that was used.

Albuquerque Mayor Tim Keller condemned the attack as an example of ‘politically motivated’ violence. ‘This type of radicalism is a threat to our nation, and it has made our way to our doorstep. We are going to push back, and we will not allow this to cross the threshold.’

‘I hope our legislators can breathe a sigh of relief, and go back to focusing on the legislative session,’ Keller said.

The New Mexico Republican Party also distanced itself from their former candidate. ‘If Pena is found guilty, he must be prosecuted to the full extent of the law,’ the party stated on Monday.