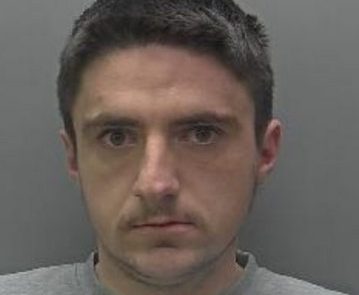 An Albanian gangster involved in a £500,000 cannabis racket has been ordered to pay back just £1.

Andi Kokaj, 23, was part of a London-based gang that conspired with former guest house owner Yoko Banks, 74, to set up three cannabis factories.

Banks, who was previously jailed for three and a half years, rented out three properties in Harrogate, North Yorkshire, to the gang in exchange for around £12,000 a month.

A court heard the cannabis farms had potential yields of up to £456,000.

Kokaj was jailed for three years in August last year for being concerned in the production of the Class B drug.

But last week, judge Tom Bayliss told a court Kokaj was paid just £80 a day for his ‘minor’ role in the criminal enterprise, and made a financial gain of £1,120.

Because of this, the judge ordered Kokaj to only pay £1.

Kokaj didn’t attend the confiscation hearing, which heard he was ‘probably nowhere to be found’.

When he was sentenced last year, Kokaj was told he would only have to serve half of his three-year sentence behind bars, meaning he may have been released.