BBC caller Mick disagreed with fellow listener Alice during a heated phone-in session with Radio 5 Live presenter Nicky Campbell. Mick, whose brother-in-law recently died because of Covid, hit out at Alice over her defence of a large group of women attending an unauthorised vigil in memory of Sarah Everard in Clapham Common on Saturday. The vigil later erupted in major clashes between attendees and the Met Police, who had previously warned the gathering would be illegal because of current coronavirus regulations.

After Mick revealed he had lost his brother-in-law recently, Alice attempted to offer her condolences but was rebuked: “Are you one of these protesters? I don’t want to hear her condolences, thank you very much.”

Alice replied: “I’m not actually, I live in Leeds but I’m really sorry to hear about the experience you’ve had recently.

However Mick interjected again: “Are you one of those people who said men don’t understand what women experience in the dark? Do you really believe that? 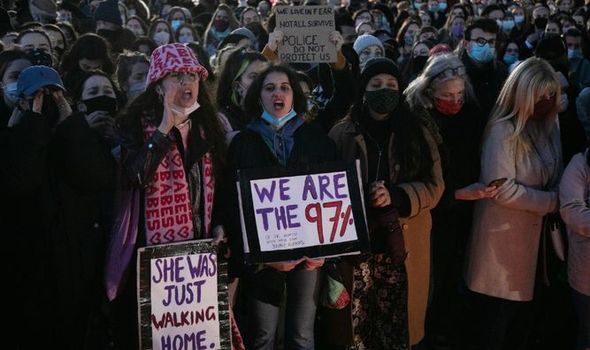 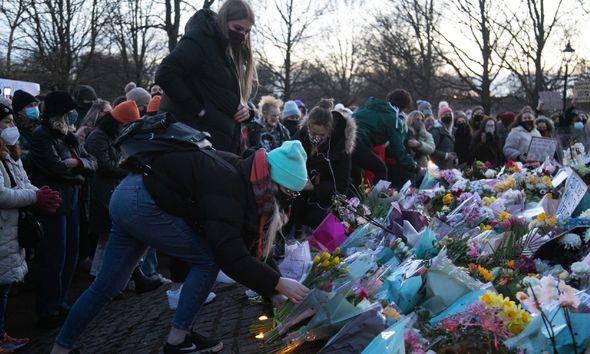 “Any man, apart from a criminal, they know that if they’re walking on the streets and there’s a woman ahead of them, they know that woman is going to be frightened so they’d try and overtake her. Every man understands and if you don’t, you’re an idiot.”

Nicky Campbell intervened to placate Mick and suggest women attending the vigil should have been “vigilant” themselves about the risk of catching or transmitting the virus when gathering in large groups.

Alice said: “Absolutely, and I completely understand that. At the same time, the Police could have done a better job at maybe potentially advising and ensuring people were sticking…did they have to resort to these means of violence? 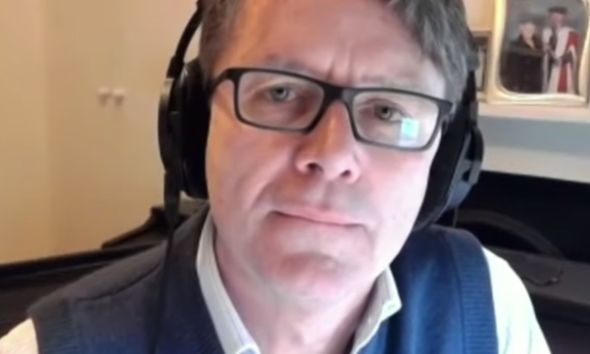 “Maybe not but what my point is, is that sexual assault does not stop. This pandemic is awful but assault and abuse to women…I have friends, family that have endured awful abuse I can’t even imagine happening.”

Mick however appeared not to be able to listen to Alice’s point anymore and hung up: “Come off it, don’t be b****y stupid woman.

“I can’t listen to all this anymore, Nicky.”

Mr Campbell apologised for the language Mick used towards Alice before dropping the call. 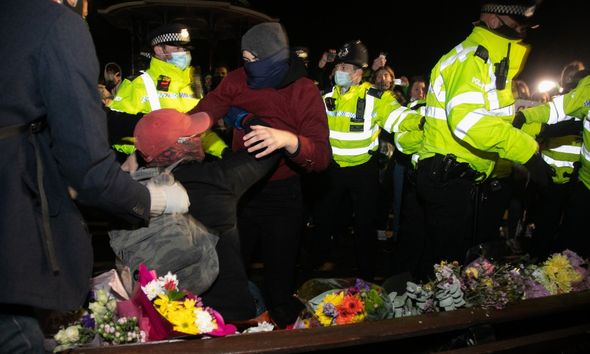 The Clapham Common vigil in memory of Sarah Everard was initially cancelled on Friday over public health concerns as large gatherings remain banned to avoid the spread of the coronavirus.

Hundreds of people still headed for the stand at the Common to depose flowers for the 33-year-old marketing assistant found to have been murdered after disappearing while returning home after visiting a friend in Clapham.

An investigation on the conduct of the Met Police during Saturday’s vigil has been launched after several of the attendees clashed with officers.